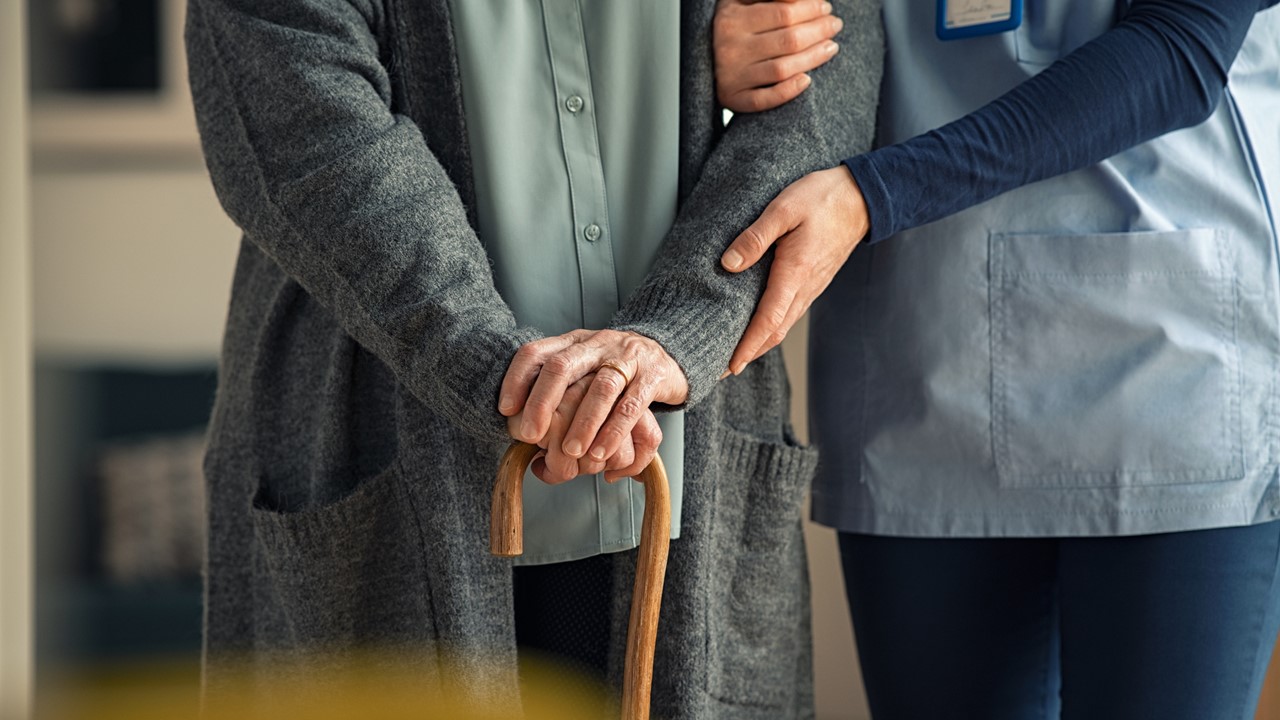 A Johns Hopkins Medicine study of about 50 people with Alzheimer’s disease has added to evidence that damage to the inner ear system that controls balance is a major factor in patients’ well-documented higher risk of falling.

Overall, the researchers say, their study found that impairment of the vestibular system was linked to a 50% increase in the risk of falling for patients with Alzheimer’s compared with patients who have Alzheimer’s and normal vestibular function.

The study, published Feb. 14 in the Journal of Alzheimer’s Disease, is believed to be one of the first to demonstrate the vestibular system as an important contributor to loss of balance and fall risk among the Alzheimer’s population.

Alzheimer’s is a progressive neurological disease that destroys memory and other important mental functions. There is no cure, and although medications and management strategies can temporarily improve symptoms, falls contribute to substantial disability in patients, the investigators say.

“Falls are a major problem in people with Alzheimer’s disease, who fall at twice the rate compared with healthy older adults, and this often leads to injury, nursing home placement and early mortality,” says senior author Yuri Agrawal, M.D., professor of otolaryngology–head and neck surgery at the Johns Hopkins Medicine University School of Medicine. The new study, she says, was designed to better understand the root causes of the high fall rate and identify specific interventions to reduce it.

For the study, the research team recruited 48 people diagnosed with mild or moderate Alzheimer’s who were seen at the Johns Hopkins Memory and Alzheimer’s Treatment Center and the Johns Hopkins Alzheimer’s Disease Research Center between March 2018 and January 2020. The mean age of participants was 65, and 27 were male. The team examined the link between vestibular impairment and falls in the patient cohort over a two-year period.

Impairment of the vestibular system, which consists of a group of canals and bony structures deep in the inner ear, is a common cause of dizziness, vertigo and balance issues, even in generally healthy people. Impairment causes these issues with higher frequency in older populations, so focusing on this system as a source of risk in patients with Alzheimer’s made sense, investigators note.

“Falls are a major problem in people with Alzheimer’s disease, who fall at twice the rate compared with healthy older adults, and this often leads to injury, nursing home placement, and early mortality,” says @hopkins_ent expert @DrYuriAgrawal. Click to Tweet

“We call the vestibular system the sixth hidden sense because it functions almost at a subconscious level. It’s always ‘on’ and operates normally to keep us oriented as we move through space, sensing what’s up and what’s down and around us,” Agrawal says. “The system automatically feeds that information to the brain as other sensory organs such as the eyes or ears do. But unlike closing one’s eyes or plugging one’s ears, people cannot willfully control it. So, when its impaired, people experience vertigo, a disorienting, inability to navigate the world.”

Agrawal says most Alzheimer’s research has understandably focused on reducing or preventing memory loss and other cognitive impairment, but suggests that additional attention to the vestibular system has the potential to improve the quality of life of people with Alzheimer’s.

“Vestibular impairment is treatable with balance exercises performed under the care of a physical therapist,” she says. “That could enhance the quality of life for both patients and caregivers.”

The research team says a clinical trial is already underway to assess the value of vestibular therapy in preventing falls in Alzheimer’s patients.

According to the Alzheimer’s Association, more than six million people in the United States live with the disease, which is the sixth leading cause of death in the U.S.

The authors report no conflicts of interest.