Predicting Who Will Respond to Cancer Immunotherapy 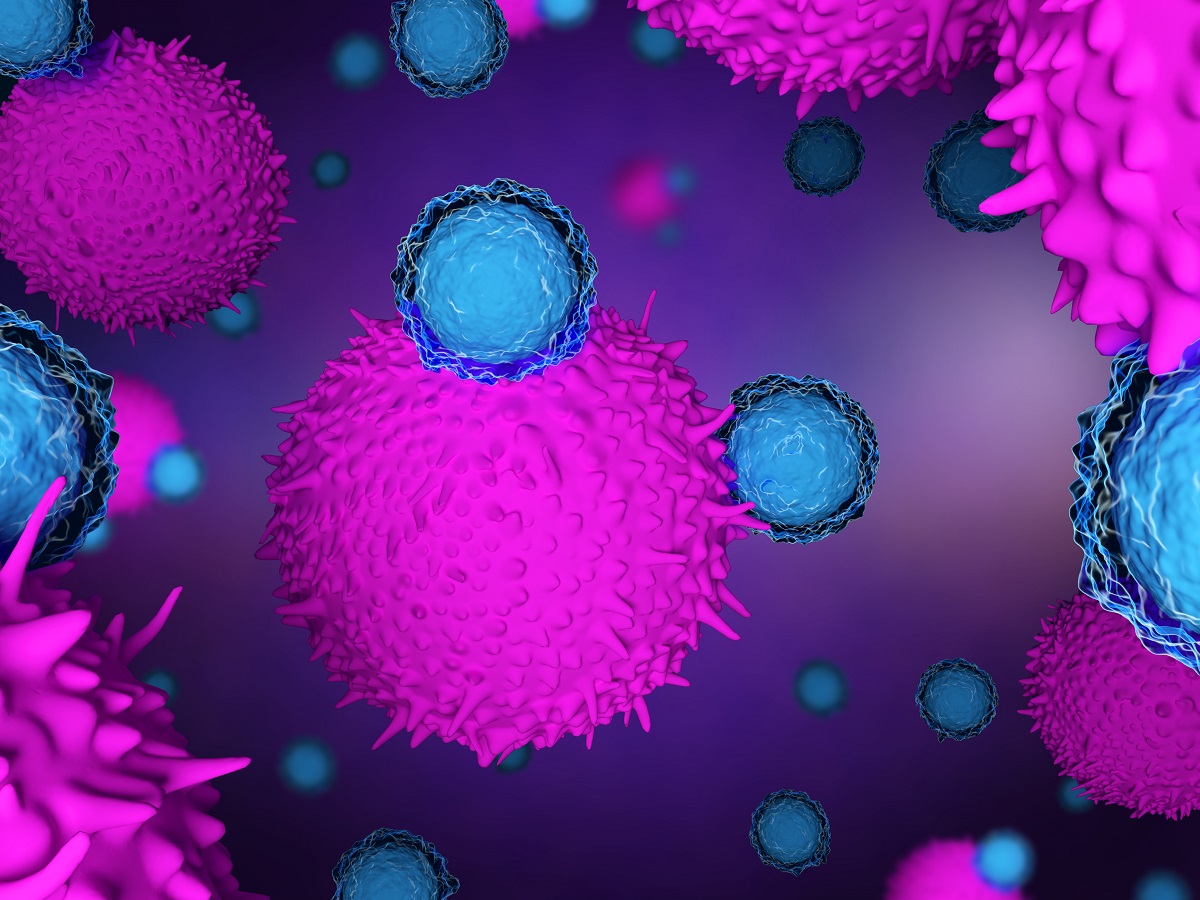 Researchers looked at data drawn from three cohorts of cancer patients to explore the potential connection between mutational intensity and response to immunotherapy. They saw a general relationship between patients with a high mutational burden and more immune activity. Image shows immunotherapy concept with T cells attacking cancer cells.

Immunotherapy drugs have made remarkable headway in many types of cancers, including melanoma, lung, colorectal, and head and neck. However, only a subset of patients benefit from these treatments. To improve the chances for success, researchers have searched for biomarkers that could signal which patients might benefit the most. One such marker, mutations in mismatch repair genes — which affect how well DNA repairs itself when it makes a mistake during replication — boost the odds that immunotherapy will work. However, only 50% of patients with these mutations respond to immunotherapy drugs.

A new study led by Johns Hopkins otolaryngologist–head and neck surgeon Rajarsi Mandal suggests that it’s not the mutation itself that makes immunotherapy more likely to work — it’s the number of resulting DNA mismatches that build up in cancer cells over time.

Mandal and colleagues performed several experiments to tease out immunotherapy response in mismatch repair deficient tumors in mice and humans. The researchers purposely created mismatch repair deficient mouse cell lines. They found that those grown for longer developed more mismatch-related mutations. When these cells were injected into mice, the animals were more likely to respond to immunotherapy drugs to eradicate these cells.

“This could open up a whole new avenue for precision medicine, using science to change people’s clinical care and boost outcomes.”
Rajarsi Mandal

Furthermore, when the researchers extracted the resulting tumors and dissected them, those with a higher mutational burden had a greater infiltration of immune cells, suggesting that the immune system was mounting a stronger attack. After sequencing the DNA of animals treated with immunotherapy, researchers found a lower mutational burden, suggesting that the immune system was specifically targeting cells that carried more mutations.

Building on these findings, the team looked at clinical data drawn from three independent cohorts of cancer patients to see what the relationship might be between mutational intensity and response to immunotherapy in people. The researchers saw a general relationship between patients with a high mutational burden and more immune activity. In a group of 15 patients from Hopkins with mismatch repair deficient tumors, this translated into a better response to immunotherapy among patients with more mutations. This finding held true in a group of 33 patients from Memorial Sloan Kettering.

Mandal notes that these results could lead to better ways to stratify which patients might benefit from immunotherapy or help researchers develop ways to universally improve survival with these drugs.

“This could open up a whole new avenue for precision medicine,” he says, “using science to change people’s clinical care and boost outcomes.”

A new study suggests that genetic sequencing could hold the key to identifying patients who would benefit from #cancer #immunotherapy. Click to Tweet