Rethinking Elimination Diets and FODMAPS: A Common-Sense Approach to IBS

September 24, 2018
Sugars such as fructose, lactose, fructans, galactans and polyols are among the most common short-chain carbohydrates that many people can’t digest. Gerry Mullin believes that by taking a considered, more minimal approach to eliminating foods containing these sugars and others from the diet, better outcomes can be achieved. Image shows galactose crystals under microscope.

Gastroenterologist Gerry Mullin says that draconian elimination diets often aren’t necessary. Plus, learn about his research into the microbiome’s role in weight loss.

The Johns Hopkins gastroenterologist and author of numerous books on diet and nutrition, including best-sellers The Inside Tract and The Gut Balance Revolution, warns against starting too big when trying to determine the source of a patient’s irritable bowel symptoms. Elimination diets, which remove all possible culprits like dairy, gluten, soy, sugar and others from a patient’s diet for several weeks before reintroducing foods one at a time, are a common first step.

“But elimination diets are difficult to comply with,” Mullin says, “and I’ve seen too many patients get discouraged by them. Some are even malnourished as a result of their inability to take in sufficient calories. Very often, those diets aren’t necessary.”

Patients are often reacting to just one or two things they eat regularly, says Mullin. So, he prefers to get a substantive patient history that can lead to clues before taking on draconian eliminations.

“A lot of times, we can figure out that it’s just lactose or fructose,” he says. “I’ll start asking about apples and pears, or about onions and garlic. And we’ll zero in from there. Often, it’s something like wheat or gluten that’s causing problems, rather than the whole FODMAP.” 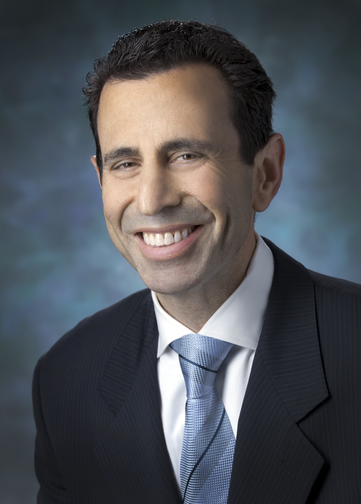 “Some patients are even malnourished as a result of their inability to take in sufficient calories. Very often, these diets aren’t necessary.”

Mullin has written extensively on FODMAPs — fermentable oligosaccharides, disaccharides, monosaccharides and polyols — short-chain carbohydrates that many people can’t digest. Sugars like fructose, lactose, fructans, galactans and polyols are among the most common FODMAPs. For many people, these carbohydrates travel undigested through the stomach and to the far end of the intestine, where bacteria ferments them to produce hydrogen, which yields symptoms like gas, bloating, pain, constipation and diarrhea.

The Microbiome and Weight Loss

Over a decade ago, Mullin became interested in exploring the role of the gut microbiome in overall health and wellness. While much of his work has been in the arena of IBS, he also works with patients looking to lose weight.

He led a research team that showed a clear correlation between small-intestine bacterial overgrowth (SIBO) and obesity.

“We could predict that people who had high BMIs also had SIBO,” he says. “Now we know that the gut microbiome can drive obesity. If you can improve the microbiome, you can actually have patients lose weight.”

Early in 2018, Mullin and a team of Johns Hopkins colleagues published a review and meta-analysis in the journal Genes that looked at modulating the microbiome for weight loss and lower body-mass index.

“We found that probiotics have the capacity to help people lose weight,” Mullin says of the article. “In our meta-analysis of 21 studies, the use of probiotics led to significant reductions in BMI, body weight and fat mass when compared to the placebo.”

He adds that a subgroup analysis in five studies using single-species probiotic agents revealed that Lactobacillus probiotics showed significant reductions in BMI and the greatest reductions in body weight and fat mass.