The Quest for a Blood Test for Cancer 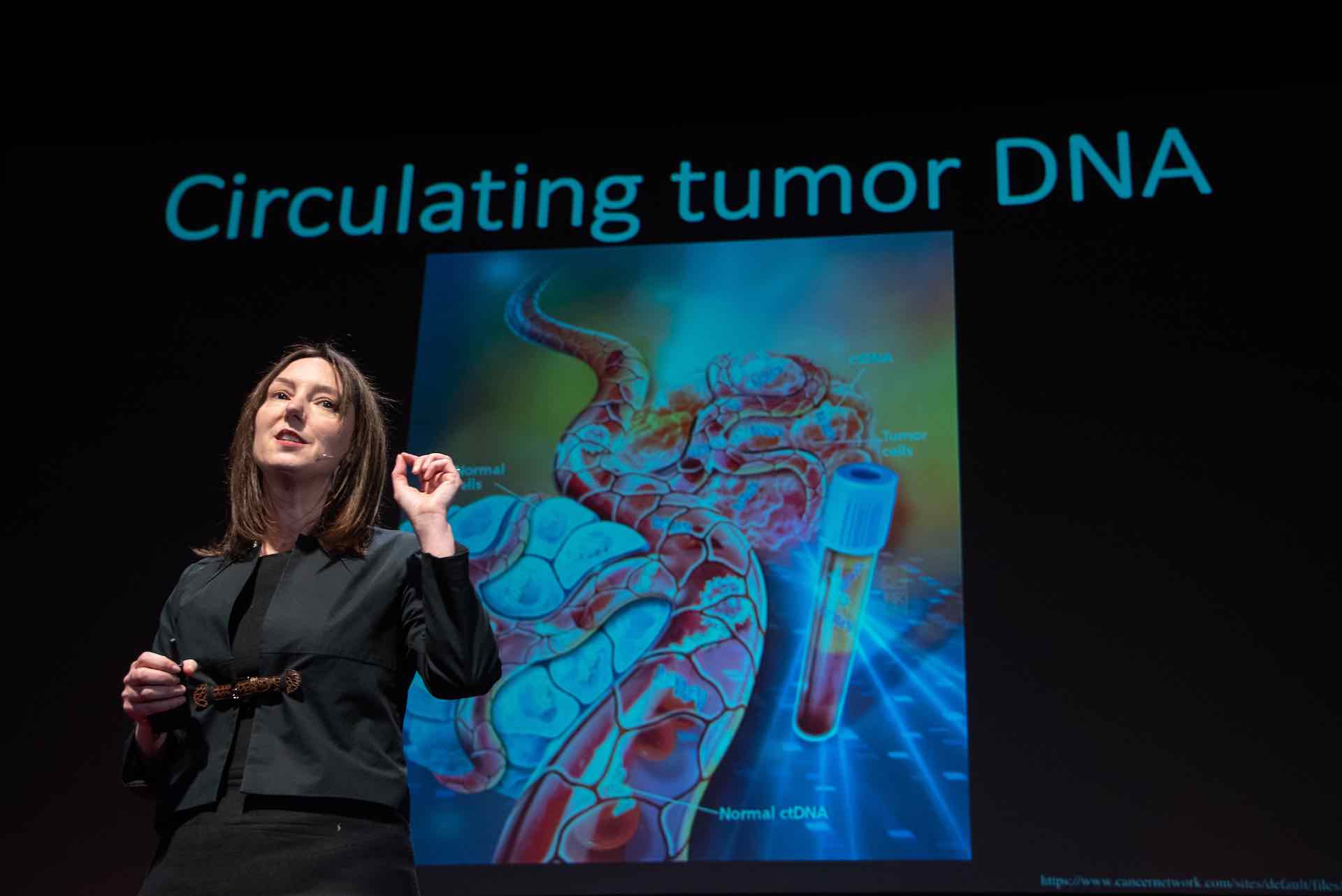 At a packed theater in Washington, D.C., Anne Marie Lennon shared her family’s personal experience with cancer — an emotional underpinning of her and her colleagues’ breakthrough diagnostic.

One of the hardest things I have to do is tell a patient ‘You have cancer.’”

With those words, gastroenterologist Anne Marie Lennon opened her TEDx MidAtlantic Talk in early 2019. Along with two members of the United States Congress, a Pulitzer Prize-winning journalist, the U.S. surgeon general and a few dozen artists, engineers, advocates and other unique, forward-thinking voices, the Johns Hopkins University School of Medicine professor was invited to speak to a crowded theater in Washington, D.C., as part of the iconic lecture series.

“It was an honor to be invited,” Lennon says.

The work she discussed was her involvement in groundbreaking research that detects with a single blood test eight common cancers — esophageal, gastric, colonic, liver, pancreatic, lung, breast and ovarian. “Our vision is to catch cancer early, when we have a chance to cure the patient,” she says. “Too often, though, we don’t know about it until it’s advanced.”

Pancreatic cancer, says Lennon, is a good example of a cancer that doesn’t become apparent until it is very advanced and nearly incurable.

“The majority of pancreatic patients present with advanced disease,” she explains. “Because their cancer has spread to other parts of their bodies, only 15% of these newly diagnosed patients are candidates for surgical resection.”

Along with scientists Bert Vogelstein, Ken Kinzler and Nick Papadopoulos, Lennon is working on a blood test that identifies DNA from tumors before they cause any symptoms.

Lennon is accustomed to discussing her work at large gatherings of physicians and researchers. But her TEDx Talk began with a more personal story. While a screen behind her projected a photo of her husband and his mother, Lennon shared a story of her mother-in-law’s cancer diagnosis.

Such intimate details may seem unexpected to many clinicians and researchers. But Lennon connected her own work at Johns Hopkins with her family’s experience with cancer, sharing that both her grandmothers and all of her aunts died from the disease.

“Cancer is something that touches all of us,” she tells the crowd, pointing out that, every day, more than 4,200 Americans are diagnosed with cancer. And 1,600 people die of cancer in the U.S. every day.

“How can we change this?” she asks. “Well, I’d like to share some research that our group is doing that I think is really exciting.”

She explains that, when tumor cells die, just like normal cells, they rupture and release fragments of their distinctive DNA into the bloodstream. But no test is sensitive enough to sniff out just one dangerous fragment out of 10,000 harmless ones in a drop of blood.

“Naturally, it’s much easier to find metastatic cancer than stage-1 cancer,” Lennon says. “But that’s not nearly as beneficial to the patient, is it?”

She and her research colleagues decided to employ a test that combines the search for tumor DNA with cancer protein markers that are elevated in certain cancers. Using the test to search for the eight types of cancer that are responsible for 60% of cancer deaths in the United States, the team was able to detect 72% of pancreatic cancers — a far higher success rate than any test available to patients today. It found nearly 100% of ovarian and liver cancers.

“This is pretty exciting,” acknowledges the understated Lennon. “We still have work to do, but we’re definitely encouraged.”