A Biomarker for Emotional Impairment in Boys with ADHD? 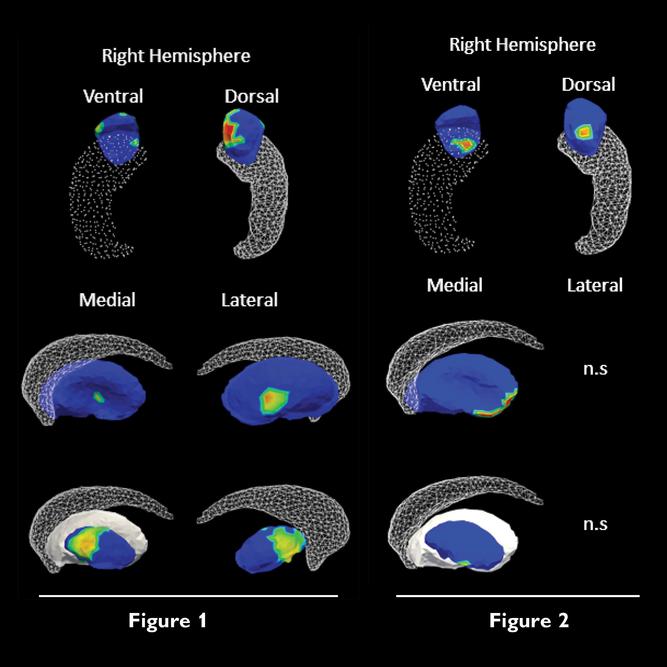 Johns Hopkins psychologist Karen Seymour and neurologist Stewart Mostofsky research subcortical neuroanatomy in boys and girls with and without attention-deficit/hyperactivity disorder (ADHD). In a recent study published in Psychiatric Research: Neuroimaging, they analyzed volume and shape of subcortical structures that may serve as biomarkers for children with ADHD at risk for emotion dysregulation, an associated feature of ADHD. Their study is among the first to examine gender differences in subcortical structures using shape analysis. Results showed that for boys with ADHD, but not girls with ADHD, shape compressions in certain subcortical regions related to emotion regulation—when compared with those of typically developing (TD) boys—had anomalies associated with parent ratings of emotion dysregulation.

Figure 1 shows the shape compression of various structures in the brain related to emotion regulation in ADHD compared with typically developing (TD) boys. Figure 2 shows the brain-behavior correlations for ADHD boys between emotion dysregulation and regions of expansion on the amygdala, putamen and globus pallidus.