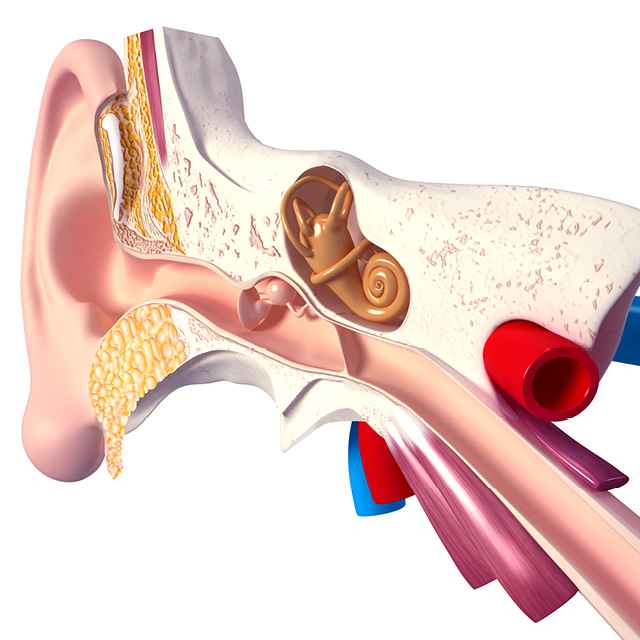 To perform the new procedure, Johns Hopkins surgeons use endoscopic tools in patients under general anesthesia to thread a balloon catheter through the nose and into the dynamic cartilaginous portion of the Eustachian tube.

For patients whose Eustachian tube remains closed when it should be open, the condition known as obstructive Eustachian tube dysfunction, the gold standard has long been placing tubes within the eardrums to aerate the middle ear. However, a new procedure soon available at Johns Hopkins addresses the Eustachian tube directly for the first time.

For more than a century, Ward explains, doctors have avoided performing surgery directly on the Eustachian tube. “With its proximity to the carotid arteries and other sensitive structures,” he says, “it was considered far too dangerous to bring surgical instruments there.” 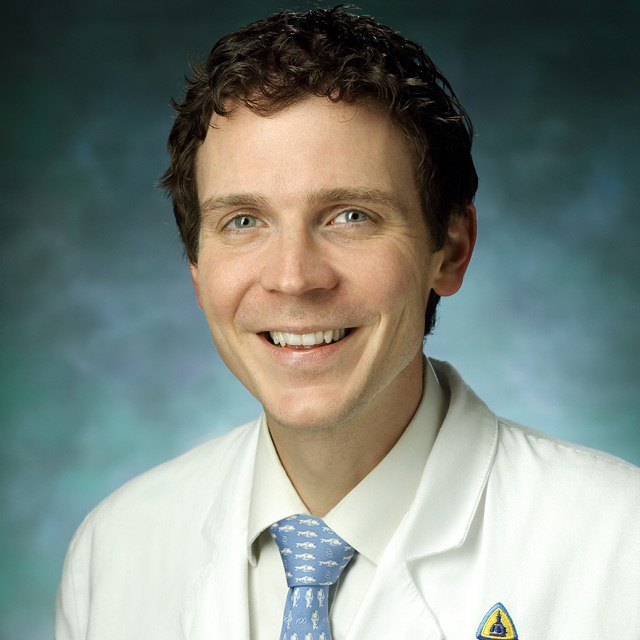 That’s why doctors have long used tympanostomy tubes as a workaround, providing an alternate path to aerate the middle ear. However, the tubes often don’t stay in place as long as they’re needed, requiring repeat placement surgery. 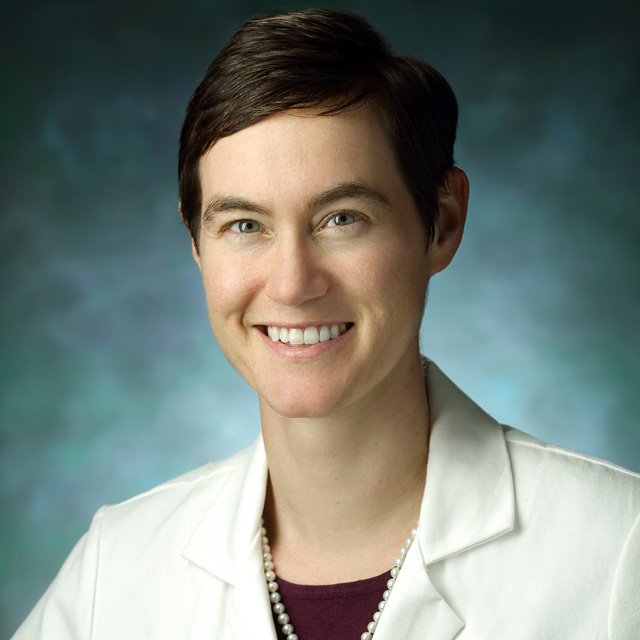 To perform this procedure, Ward, Nieman, and their colleagues use endoscopic tools in patients under general anesthesia to thread a balloon catheter through the nose and into the dynamic cartilaginous portion of the Eustachian tube. The catheter is designed so that the balloon can’t enter the bony part of the tube, preventing risks associated with entering that passage.

With the balloon in place, the surgeons inflate it to 12 atmospheres of pressure for two minutes, then remove the catheter. The entire procedure takes just 20 minutes from beginning to end, Ward says.

Follow-up of patients in the weeks and months after this procedure suggest that their Eustachian tubes remain open more appropriately, allowing better aeration for the middle ear and preventing the recurrent ear infections that are typically prevalent for patients with obstructive Eustachian tube dysfunction. Although the mechanism behind this effect isn’t completely clear, biopsy data from patients after surgery suggests that the balloon dilation crushes the lining of the tube, leading it to heal with a thin layer of fibrous scar tissue that helps prop it open and increases the size of the lumen.

For select patients, Ward says, tuboplasty could be a viable alternative to tympanostomy tubes.

“For the first time in many years, we’re looking at the Eustachian tube in a scientific way by addressing its problems directly,” he says. “It’s a really exciting time for this field.”