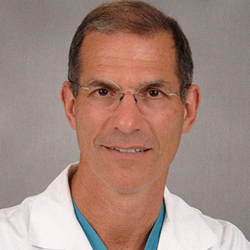 For Glenn Whitman, who directs Johns Hopkins’ cardiovascular surgical intensive care unit (CVSICU), putting patients on an extracorporeal membrane oxygenation (ECMO) machine—a life support system that temporarily replaces the function of the heart and lungs—is a regular occurrence. But neither Whitman nor the CVSICU had ever before had a patient like Zachary Burroughs.

On June 30, 2015, Zach—then a 17-year-old student at Northeast High School in Pasadena, Maryland—was belted into the front passenger seat of a friend’s car when it slid off the road and into a tree. When he arrived at the Johns Hopkins Children’s Center that night, exams and imaging revealed that he had a traumatic brain injury, a collapsed right lung, multiple right rib fractures, pelvic fractures, a scapular fracture, a sacral fracture, a small liver laceration, and strained ligaments in his upper and lower spine.

The traumatic brain injury took top priority, so Zach’s first stay was in the neuroscience critical care unit (NCCU), where a team of neurologists and neurosurgeons worked to keep his life-threatening brain injury from worsening. There, surgeons implanted an intracranial pressure monitor to keep tabs on the intense swelling that had occurred as his brain responded to the force of the accident.

Soon, however, it became clear that Zach’s lungs were in equally critical condition: Trauma from the accident had rendered them unable to sufficiently oxygenate his blood. That’s when his multidisciplinary team of caregivers decided to place him on ECMO and send him to the CVSICU.

Whitman, who helped oversee Zach’s care in the CVSICU, has years of experience caring for patients on ECMO. But what he and others in the unit lacked, he says, were the experience and in-depth knowledge necessary to care for patients with a brain injury as severe as Zach’s.

“The types of injuries common in the NCCU are extremely uncommon in our unit,” Whitman says. “Zach’s care required continuous collaboration with our colleagues in the NCCU, who helped us manage his brain while we managed the rest of him.”

While Zach stayed on ECMO for the next 33 days, neurologists and neurosurgeons from the NCCU relayed information to Whitman; Christopher Sciortino, the director of ECMO; and their colleagues in the CVSICU by phone and through in-person conferences. It was a true balancing act, Whitman remembers, as the two ICUs worked together to make sure that Zach’s blood was sufficiently anticoagulated for ECMO without causing hemorrhage into his brain and to keep his blood pressure high enough to keep his brain perfused, but low enough to prevent extreme swelling.

Day by day, the team made it through issue by issue—for example, when Sciortino and the surgical team performed an urgent thoracotomy when Zach’s right chest filled with blood, while the ICU helped him fight a high fever that lasted for days. Eventually, after nearly two months in the hospital, Zach left the CVSICU for inpatient rehabilitation at the nearby Kennedy Krieger Institute.

Today, Whitman says, Zach has made a full recovery.