A New Intensive Care Unit for Treating the Heart 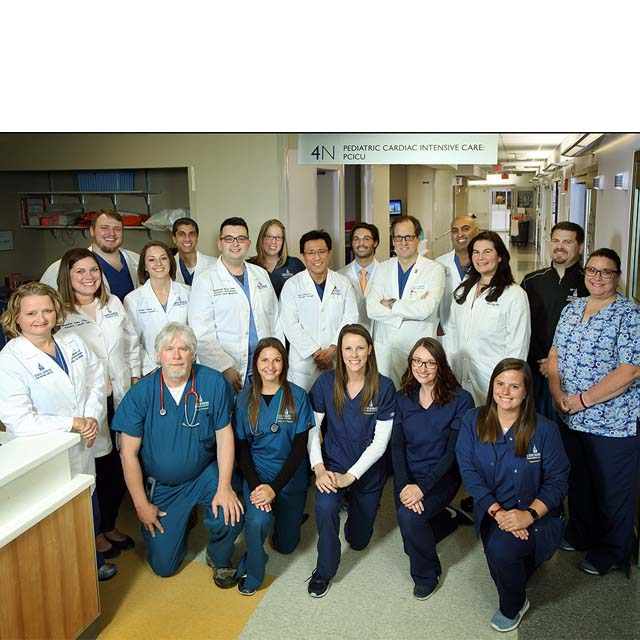 After Gloria Barretto had the first ultrasound of her first pregnancy in May 2016, she was heartbroken: “I just could not believe my baby would have something like this.”

Barretto was referring to a ventricular septal defect, or VSD, a hole in the wall of the heart separating its two lower chambers. The Anne Arundel County mother to be was referred to Johns Hopkins Children’s Center and pediatric cardiac surgeon Luca Vricella, who walked Barretto through the course of treatment following delivery. Then she learned about a new intensive care unit — staffed with physicians and nurses trained in intensive cardiac care — for patients with heart problems, including those like her daughter who have not yet arrived in the world.

“That was very reassuring,” says Barretto. “Each of these doctors and nurses, whoever we spoke to, assured us our baby would be in good hands.”

“You have to remember that Johns Hopkins is the home of the first ‘blue baby’ open heart surgery for infants suffering oxygen deprivation after birth, which resulted in development of the Blalock-Taussig Shunt in 1944,” says Nelson. “Since then, we’ve been inspired to make other advances in cardiac care, including development of the first implantable pacemaker and balloon angioplasty, and continue to look for innovative ways to treat children with heart problems.”

After her birth in October, Barretto’s daughter, Sara, underwent catheterization procedures to place stents in her heart to protect it until she gained enough weight to have open heart surgery. In February 2017, Vricella closed the VSD in Sara’s heart, and since then follow-up echocardiograms have shown her heart is growing well.

As anxious as Barretto was during Sara’s hospitalization and procedures, she felt confident in her daughter’s care.  She especially appreciated being included as a team member in morning rounds in the PCICU: “They go through every detail making sure all the questions are answered. Being a parent in these rounds helped me understand what the plan was for my baby, what the goal was for the day, and they explained things to me in terms I could understand.”

Barretto adds that the pediatric cardiac care nurses not only responded to Sara’s every need in the hospital, but also helped Barretto and her husband fully prepare to care for Sara after she left the hospital.

“They did a great job of transitioning her care and giving us advice on how to manage her at home and what to watch out for,” says Barretto. “It was a great experience.”