A Novel Approach for a Rare Esophageal Disorder 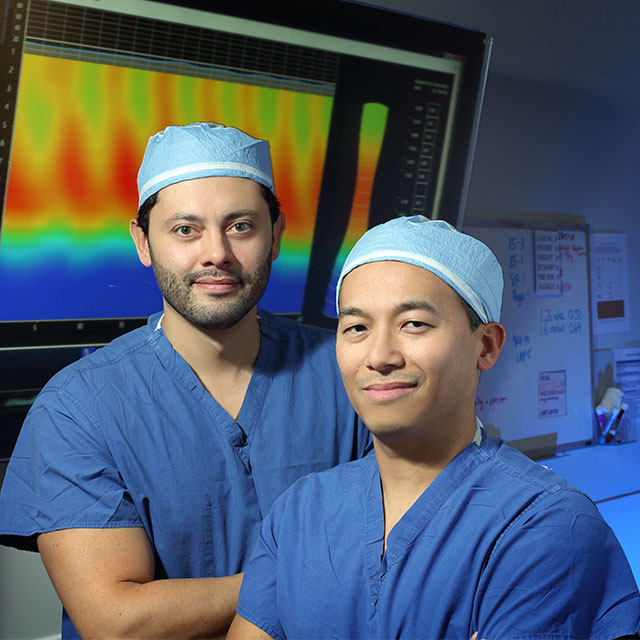 A collaboration between a pediatric surgeon and an endoscopic specialist results in an optimal outcome for a teen with severe achalasia.

Mbalu Kourouma was 12 years old when she started experiencing problems keeping food down after meals. Not only that, at night she would wake up often with burning chest pains, and during the day, she had trouble breathing doing the mildest activities.

“She would climb the stairs breathing like a 70 year old woman, like she just ran the marathon,” says her mom.

Her pediatrician suspected reflux and managed it accordingly, which helped but did not resolve the problems, which persisted over the next few years. Then Mbalu saw another doctor, who identified the culprit as achalasia, a rare degenerative nerve disorder marked by an inability of the ring of muscles in the lower esophageal sphincter to relax and open to let food pass to the stomach. The condition also causes regurgitation of food retained in the esophagus, which may be aspirated into the lungs.

The physician referred Mbalu to Johns Hopkins gastroenterologists who confirmed the diagnosis via video X-rays revealing achalasia’s characteristic tapered narrowing and bird’s-beak appearance of the lower end of the esophagus. Mbalu, now 16 and a high-school junior, would have to undergo laparoscopic myotomy surgery to stretch the lower esophageal sphincter to allow easier passage of food from the esophagus into the stomach. The challenge, says pediatric surgeon Alejandro Garcia, is stretching the sphincter precisely the right length. Too much stretching would put the patient at risk for severe reflux, too little and food would continue to be trapped in the esophagus.

To ensure the best possible outcome, Garcia enlisted the expertise of endoscopy specialist Kenneth Ng on the staff of Johns Hopkins Children’s Center’s new esophageal center. Ng employed an advanced endoscopic imaging system, what he calls a “fancy ruler,” to measure the lower esophagus sphincter. After Ng’s initial pre-intervention measurement using an endoscope, a flexible tube with a light and camera attached to it, passed through the mouth down the throat, Garcia surgically extended the sphincter accordingly. Ng then followed up with a final measurement.

“In real time we’re able to make sure the tightness is just tight enough while the looseness is loose enough, allowing us to achieve the ‘just right’ Goldilocks effect and ensure that what the surgeon does is optimal,” says Ng. “The beauty of it is we did this under one sedation, making it safer for the patient.” 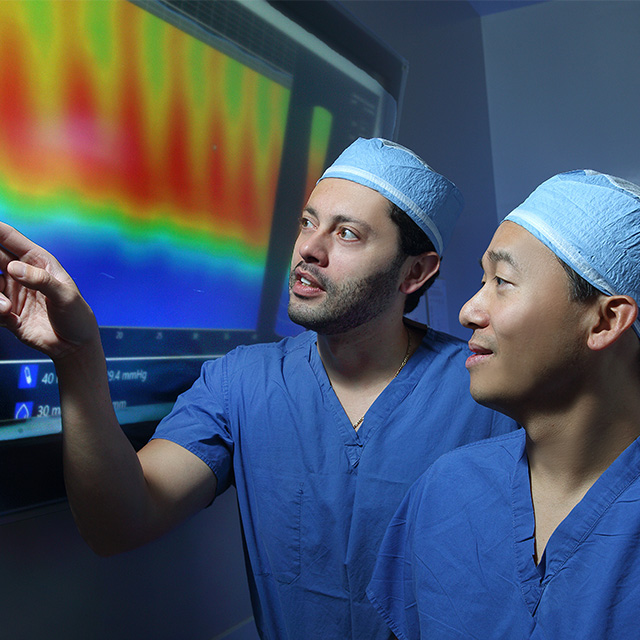 “When I first drank water after the procedure, it went down well,” says Mbalu. “I had some chicken broth and did not have to force it down. I’m no longer scared to go to sleep, or worried about breathing problems.”

Garcia explained to Mbalu that initially she would have some difficulty swallowing solid foods, but the speed at which food goes down will improve because the sphincter muscles are now allowed to grow stronger over time.

“Your esophagus wasn’t working that well at squeezing, but now that we released it, things are going to go back to normal,” Garcia said. “It’s going to start squeezing better but the process can take a couple of months.”

Indeed, as this article was about to be published, Garcia reported that Mbalu was able to eat one of her favorite foods, pizza — something she hadn’t done in years.

Referring to the esophageal center, Ng concludes, “We see more of the second and third opinions, so we’re more attuned to these conditions like achalasia that may be rarer in other centers. Being a strong group we’re more comfortable with broadening the differential.”