A Pacemaker for the Diaphragm? 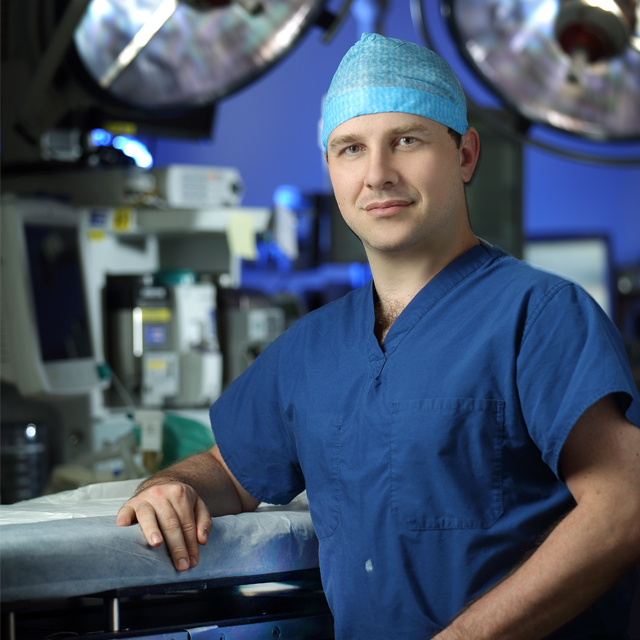 "For patients who might regain control of the diaphragm, it keeps them in shape so they can wean from support faster. For those who will never regain control, it allows them to be free of a ventilator for long periods of time.” - Eric Jelin

A pacemaker for the diaphragm?

Yes, to spur contractions of the diaphragm in patients placed on mechanical ventilation during recovery from a spinal cord injury or the polio-like illness acute flaccid myelitis (AFM). Why?

“The diaphragm, which is not stimulated by mechanical ventilation, is very sensitive to disuse — in just one day on a ventilator, a patient can lose 50 percent of the diaphragm’s muscle mass,” says pediatric surgeon Eric Jelin. “When it doesn’t get stimulated, it becomes weakened and atretic, which can become permanent.”

Consequently, the goal of intensivists is to remove patients from ventilation support as soon as possible. Along with the latest evidence-based intensive care practices at Johns Hopkins Children’s Center to achieve that aim, Jelin recently brought a novel pacemaker approach to the operating room table. How does it work?

In a minimally invasive laparoscopic approach, Jelin places electrodes on the anterior and posterior segments of the diaphragm, which allows him to determine optimal locations for implanting pacemaker leads to stimulate the diaphragm’s phrenic nerve and the diaphragm itself. He then tunnels the wires to the pacemaker outside the body, where settings such as amplitude and frequency can be tailored to each patient’s needs and controlled in both inpatient and outpatient locations. The results?

“Pacing allows patients with AFM to preserve breathing function while they recover and prevent their diaphragm from becoming totally atrophied,” says Jelin. “It’s like physical therapy for their diaphragm, and likely the most important step in their rehabilitation.”

The procedure, Jelin notes, is not without risks, including infection, diaphragm puncture and lung irritation. Without treatment, he adds, the risk of atrophy remains and the patient would spend a longer time on oxygen support and possibly require lifelong ventilation.

“For patients who might regain control of the diaphragm, this approach keeps them in shape so they can wean from support faster,” says Jelin. “For those who will never regain control, it allows them to be free of a ventilator for long periods of time.”

The procedure is relatively new for use in children, and therefore novel for pediatric surgeons. Jelin was certified in its practice after undergoing training by University Hospitals Cleveland Medical Center surgeon Raymond Onders, who designed the procedure.