A Quest for Peace of Mind 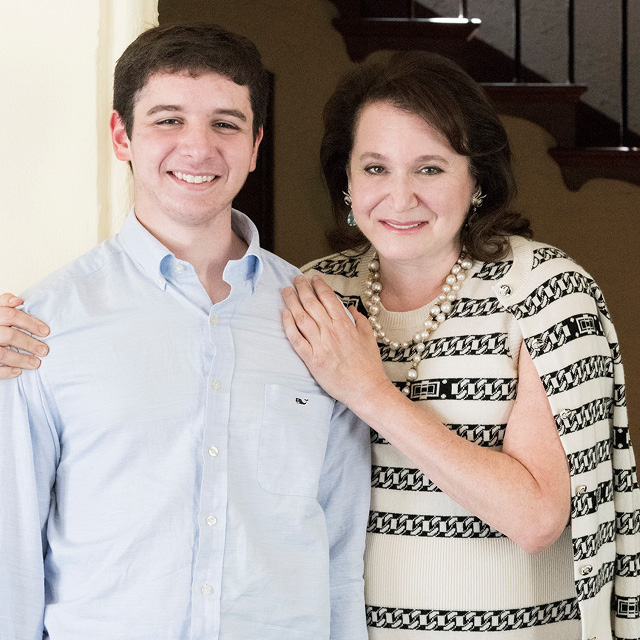 Michael, pictured with his mother, Katherine Warren, benefitted from what Katherine calls a “soothing and inclusive environment” at Johns Hopkins’ inpatient child and adolescent psychiatry unit.

More often than not, when 17-year-old Michael swings his tennis racket, everything comes together: focus, breathing and staying ahead of the ball. That takes skill, but at its core is control—something that eluded him several years ago when he experienced a sudden change in character. The Houston native had been having difficulty concentrating and sleeping; he ate either very little or huge amounts; he was oppositional and no longer interested in tennis or other activities he used to love.

It would take weeks before a firm diagnosis of bipolar disorder came to light, a scenario not uncommon in adolescence, when severe mood swings are expected. Michael and his mother, Katherine Warren, credit Johns Hopkins psychiatrist Lynn Taylor and the child and adolescent inpatient unit for helping to turn Michael around. Taylor worked with a team of experts who helped determine a medication regime for stabilization and ongoing maintenance that included liquid and fast-dissolving forms.

The inpatient nursing staff went one step further to encourage Michael to take his medicine by pairing it with palatable foods like Nutella, peanut butter or chocolate pudding, says Elizabeth Reynolds, a psychologist on the unit. They also set up a system of rewards for positive behavior and participation in group therapy once he was stabilized. The Warrens say they appreciated the unit’s calm, soothing, environment; its patient care and its inclusion of parent participation.

Three years ago, when he first started having symptoms, Michael was admitted to a local mental health system near home, where he was eventually diagnosed with bipolar disorder.

But his medications made his heart race and interfered with his sleep. Michael struggled to stay compliant, resulting in crises that exacerbated his behaviors. A doctor on the team offered to transfer Michael to the inpatient child and adolescent psychiatry unit at Johns Hopkins.

After about four weeks of inpatient care there, the staff members developed a safe step-down plan to the day program for Michael and arranged for a home health aide to spend time with him at a local hotel. When he was ready to head home, they developed a plan for home management and referred him to a local psychiatrist.

In appreciation for Michael’s care, Katherine has made donations to support the needs of the inpatient child and adolescent psychiatry unit. “Everything Hopkins provides is extraordinary. The inpatient unit was like nothing we’d seen and a necessity for an adolescent with a severe mental health disease.”

Michael is now a high school junior and back to playing varsity-level tennis, and just received a referral to an adult psychiatrist in advance of his 18th birthday. Tennis remains a passion for Michael, and he’s proven to be a valuable player on the tennis team. But when he’s off his game, he’s much more likely to have a measured response.