A Tale of Two Broken Hearts

Lemuel and Levi, an infant and a young adult, find collaborative comprehensive care for their complex heart disease. 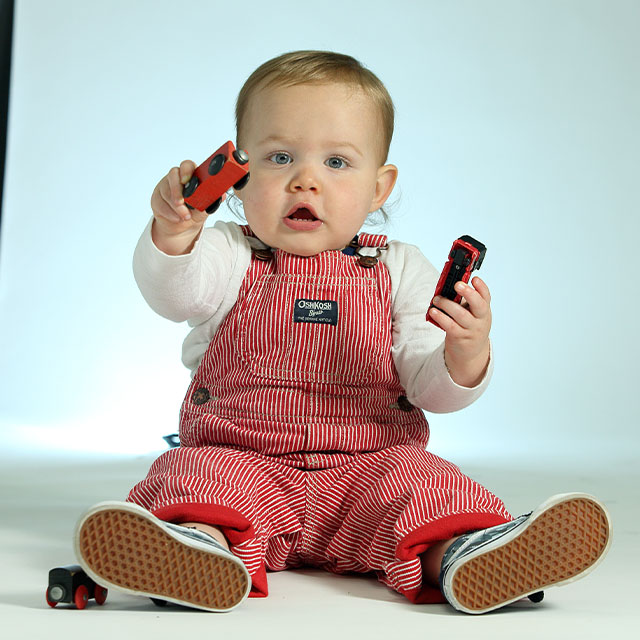 Lemuel (above) and Levi, both born with congenital heart disease but each with distinct anatomically complex conditions and the repairs they required.

In ways they are as similar as they are dissimilar — both boys, one an infant, the other a young adult. Lemuel, the 21-month-old, is described by his parents as an explorer, while soon to be 21-year-old Levi portrays himself as a sports enthusiast and competitor, especially when it comes to soccer. They both live in the Greater Washington, D.C., region — Levi in Falls Church, Virginia, Lemuel in Baltimore. In medical terms, what may make them most alike is a diagnosis of congenital heart disease and surgery a month apart at the same children’s hospital by the same pediatric cardiac surgeon. Yet for Lemuel, it was his first cardiac surgery; for Levi, it was his fourth since birth. Even within their clinical similarities, they diverge in the anatomical complexity of the conditions they were born with — Lemuel with aortic stenosis and Levi with transposition of the great arteries — and the intricate repairs they required.

“The concerns Levi presented included the fact that the previous surgical work that had been done included a conduit between his right ventricle and pulmonary artery directly midline below his sternum,” says pediatric cardiac surgeon Bret Mettler. “Getting into his chest without injuring the conduit was particularly problematic. If we make an incision there and injure the conduit, he could exsanguinate and bleed out through his chest. He could die.”

Patients like Levi, Mettler explained, are born with narrowed pulmonary valves and may need surgery for placement of a right ventricular outflow tract — a bioprosthetic pulmonary conduit connecting the heart to the lungs. Mettler’s solution to avoid injuring that conduit was to reroute blood vessels in his patient’s right groin to his heart as an emergency backup blood supply should there be a problem when he opened Levi’s chest.

“That allowed us to enter his chest safely and successfully replace his pulmonary valve,” says Mettler, co-director of the Johns Hopkins Blalock-Taussig-Thomas Congenital Heart Center. “Hopefully, Levi’s future cardiac needs may be treated through interventional catheter approaches and not surgery.” 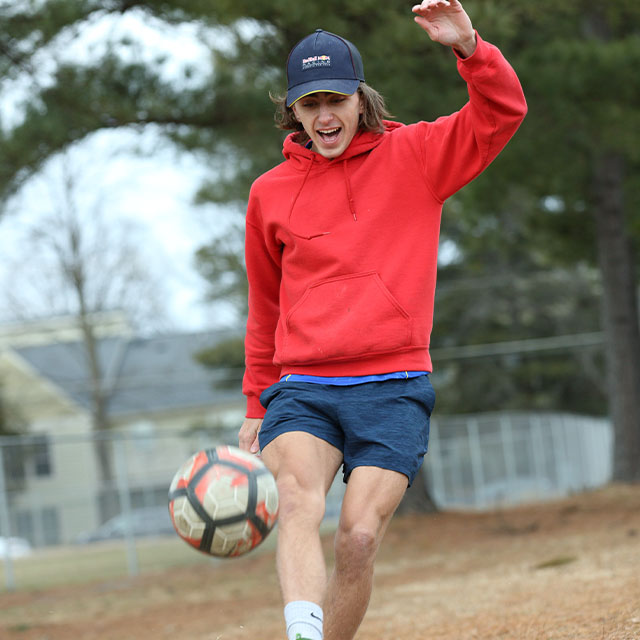 “Going into this surgery, I was very well prepared. I understood the situation and felt very comfortable with the operation,” adds Levi, who has been inspired by his older brother, a nurse, and through his own experience to pursue nursing as a career.

Although Levi underwent cardiac procedures at other hospitals since his second day after birth, this surgery was his first at Johns Hopkins. Around the same time, Lemuel’s brief cardiac history took him on a different path to Mettler and the heart center after pediatrician Michael Crocetti of Johns Hopkins Community Physicians detected a pathological murmur. He referred Lemuel to pediatric cardiologist Melanie Nies, who in turn ordered an echocardiogram. Nies was thankful for Crocetti’s referral, as pathological murmurs can be easily missed in infants with potentially serious consequences. In fact, the echo showed moderate to severe stenosis of the aortic valve. It was, Nies says, a “shocking diagnosis” for the family: “They thought they were going to come in and have a completely normal echocardiogram and be on their way.”

Nies recommended a minimally invasive catheter approach with interventional cardiologist Hannah Fraint to determine precisely where the blockage was and whether it could be treated without the need for open-heart surgery. As Lemuel’s heart appeared healthy despite the aortic valve obstruction, Nies and Fraint decided to take a watch and wait tack before moving ahead with the catheterization.

“We thought it was only valvular aortic stenosis, a gray area in qualifying a patient for a catheter intervention,” says Fraint. “Melanie followed Lemuel closely, and it became clear that his degree of narrowing was certainly not getting any better.”

However, the catheterization revealed important information — that the obstruction was above the aortic valve at the level of the sinotubular junction in the ascending aorta, resulting in a diagnosis of supravalvular aortic stenosis (SVAS). Now surgery was the only answer — but what technique would best address Lemuel’s current and future heart health?

Mettler knew enlargement of the SVAS by means of a single patch is the most commonly used surgical technique to treat the anomaly. To ensure that the normal configuration of the aortic root and ascending aorta would also be restored, however, he chose a more complex three-patch approach called the Brom aortoplasty.

“We worked on the aortic valve to the best of our ability, patching the aortic valve leaflets with pericardium,” says Mettler. “But then we had a size discrepancy with the aorta, so we had to resize and patch the aorta above the valve as well. We believe that we achieved our goal to preserve the aortic valve to allow it to grow with him and minimize the need for future surgeries.”

Lemuel’s mom, Jena-Marie, says he has been doing well since his surgery, “He’s happy and loving life, playing with his cars and eating well.”

She agrees the diagnosis was frightening, noting “We had never dealt with anything like this before. Melanie was so great in walking us through the procedures. When we met with Dr. Mettler, we immediately appreciated his humility and confidence, which made it easier for us.”

Lemuel’s dad, Brad O’Brien, was struck by Mettler as he spoke about other cases, tearing up a bit: “For him, it was a human experience, not a clinical experience, which left us feeling comfortable that this is the person we could trust to do what had to be done for our son.”

Levi’s parents were also grateful and acknowledged the support of many members of the multidisciplinary team who cared for their son. “You all welcomed us, answered all of our questions, several times I am sure, and held our hands as we walked through the stressful journey of open-heart surgery. More than once you said ‘we got this,’” wrote Arial Silva, Levi’s father, in a letter to the team.

“Dr. Hunt chased me down the hallway on the way to the elevator to update me on a specific lab result that was good news,” says Silva. “Listening to Dr. Klugman’s review of Levi’s heart history was incredible — as if he had memorized Levi’s heart condition not for the past week but for the past 19 years of his life.”

This mix of compassion and expertise, Mettler concludes, is essential in supporting parents of a child facing open heart surgery.

“The thing present in all families is the sheer amount of fear they face when you take their child to the operating room — it’s palpable, whether it’s their first surgery or one of multiple surgeries,” says Mettler. “Most of the kids do really, really well, but these are life or death situations.”