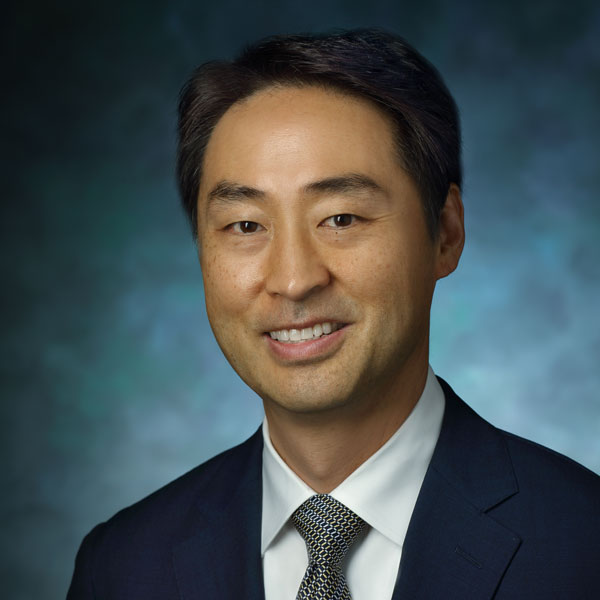 Imagine a “biological pacemaker,” a simple injection that stimulates the heart to create its own healthy version of the cells that regulate rhythm. Or stem cell injections that help a damaged heart regenerate after a heart attack.

This is the groundbreaking work Hee Cheol Cho brings to the newly created position of director of research for the Blalock-Taussig-Thomas Pediatric and Congenital Heart Center.

But Cho brings not only his own award-winning research to the center, which was created in January 2020 to provide lifelong, interdisciplinary care to patients with congenital heart disease. He also brings a vision for an ambitious new research model — working across the many disciplines available at the new center and using its robust data science capabilities to dramatically enrich and expedite the research process.

“Working across disciplines is the secret sauce to developing a paradigm-changing therapy,” says Cho, who serves as an associate professor of surgery and is also an adjunct professor in both the biomedical engineering department and the anesthesiology and critical care medicine department at Johns Hopkins.

“Figuring out how to successfully deliver a novel gene therapy, for instance, requires the expertise of many — from molecular biologists and material scientists to device engineers and surgeons,” he says.

Plus, the Blalock-Taussig-Thomas Pediatric and Congenital Heart Center’s rapidly developing technologies, such as monitoring devices for babies and children and artificial intelligence-enabled predictive capabilities, can help minimize “research detours.” Cho’s biological pacemaker, for instance, has proven effective and safe in small and large animal studies, and human clinical trials are on the horizon. It is his hope that the synergies of the new research program could cut in half the five to 10 years it would normally take to get it approved for treating patients.

"It is humbling that it takes a village, really, to come up with a solution that can be delivered at the bedside and improve clinical care,” he says.

Raised in Seoul, South Korea, Cho moved with his family to Toronto when he was 19, and he discovered the poetry of pure science as an undergraduate at McMaster University in Hamilton, Ontario. “I fell in love with the train of thought you need to develop to even begin an experiment,” he says.

While earning his doctorate in physiology at the University of Toronto, he spent five years happily studying a single protein — an ion channel that regulates the flow of specific ions into and out of cells, “the basis of electrical flow and of each heartbeat,” he says.

Then, in 2003, he came to Johns Hopkins to do his postdoctoral fellowship in the cardiology lab with Eduardo Marban, “and even more wonderful things happened. I began to learn I could deliver new genes into cells and animal hearts, using genetic engineering technology, in a way I hadn’t been exposed to. And it was also the era when human stem cell biology was just taking off, and we were able to work with human embryonic stem cells and grow beating human heart muscle cells in the [petri] dish. It just fascinated me.”

Last year, at his lab at Emory University in Atlanta, Cho’s team demonstrated that they could grow, not only human heart cells, but cells specific to the right and left ventricles of the heart.

“My work really started as scientific curiosity,” he says, “but over time I began to see what an enormous impact we could have on patients’ lives.”

About seven years ago, Cho walked into a pediatric cardiac intensive care unit and, for the first time, saw a baby born with cardiac arrhythmia. “The baby had a pacemaker taped to his belly, and pacemaker wires were going through his chest just to keep the baby alive,” he says. “I began to feel a mandate, because there are many patients, especially newborns and children with congenital heart disease, who really don’t have a better way to pace their heart.”

Danielle Gottlieb Sen, one of the country’s leading pediatric heart surgeons, who runs her own research lab at the Blalock-Taussig-Thomas Pediatric and Congenital Heart Center, helped recruit Cho back to Johns Hopkins.

“He is really special,” she says. “He not only does terrific research that’s novel and not commonly undertaken — because it’s hard — but he also has a connection to families who need his paradigm-changing technology, and that’s unusual for someone who’s not a clinician, to see the critical value of their work so strongly that they have an actual connection to real patients, and an appreciation of the clinical needs of patients and their families.

“In addition,” says Sen, “he has real vision for how to build higher level, bigger picture research efforts. He is a very collaborative, charismatic scientist who is uniquely suited to this job, which is to organize and synergize research between disciplines within the Heart Center in order to improve the quality and scope of research at Hopkins for kids with congenital heart disease.”

The energy at the Blalock-Taussig-Thomas Heart Center is palpable, says Cho, and he is enormously excited about the depth of expertise and the potential to “catapult research innovations to clinical implementation. I believe we are well positioned to capitalize on our innovations so that our patients not only survive, but thrive.”