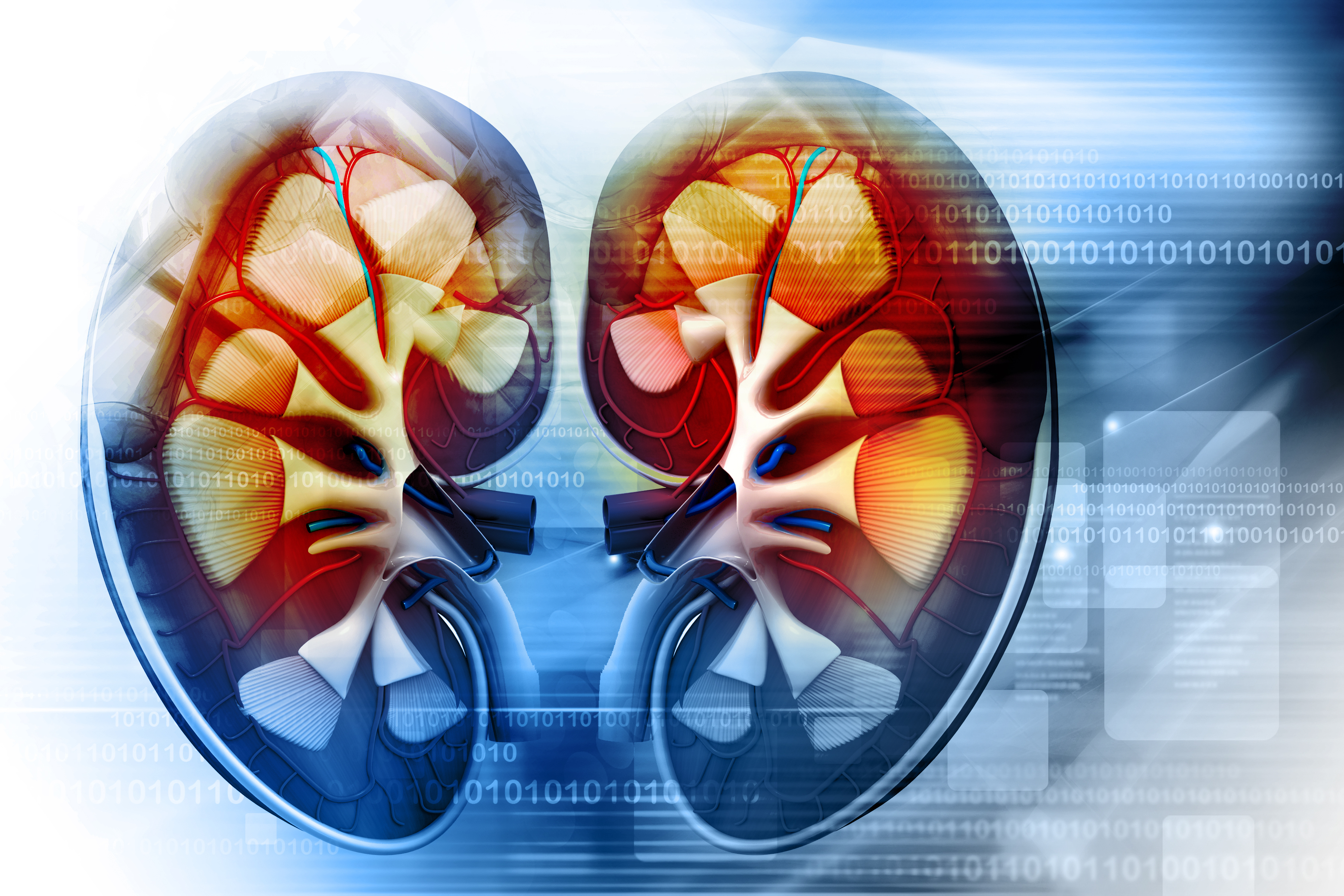 Morgan Grams’ quantitative approach to nephrology recently earned her the Young Investigator Award from the American Heart Association and American Society of Nephrology.

One tool [developed by Grams and colleagues] screens potential kidney donor candidates by estimating their own chance of developing kidney disease, and it has been widely adopted by renal specialists around the globe.

Chronic kidney disease is a killer that often slips beneath the radar, but each year it claims more lives than either breast or prostate cancer. Patients and providers often underestimate risk associated with kidney disease, leading to delays in treatment, says Morgan Grams, a nephrologist at The Johns Hopkins Hospital. Grams hopes to address that troubling scenario, but she is not following a traditional path to a solution. Her treatment of choice is data.

Parlaying her background as a quantitative equity analyst on Wall Street, Grams collaborates with a team of Johns Hopkins researchers to use risk modeling to answer important questions about kidney disease identification and treatment.

The Johns Hopkins team has developed several nephrology-based models and made them available for free online at ckdpc.org/tools.html. Grams and the team have also “tweaked and validated” existing models—using decades of data gathered from millions of patients throughout the world—to make them more accurate and more helpful to those who need them most: kidney patients and their families.

One tool screens potential kidney donor candidates by estimating their own chance of developing kidney disease, and it has been widely adopted by renal specialists around the globe.

Johns Hopkins nephrologist Morgan Grams is improving the diagnosis and treatment of #kidney disease by tapping the power of numerical modeling. Click to Tweet

A study sampled almost 5 million people who had not donated a kidney to determine the likelihood they would develop end stage renal disease within the next 15 years. Using readily available patient characteristics such as age, sex, race, history of hypertension, smoking, diabetes, obesity and other factors, the tool provides a risk estimate that transplant centers then use to estimate the risk regarding kidney donation for an individual donor candidate.

The medical field is starting to take note of risk modeling’s potential regarding organ donation and other medical issues. Grams’ quantitative approach to nephrology recently earned her the Young Investigator Award from the American Heart Association and American Society of Nephrology. It is a great honor, she acknowledges, before quickly directing credit to her team.

“I wouldn't call it ‘my’ model, because it really takes a ton of people. I work with an amazing group,” Grams says.

Despite the complexity and quantity of medical data available and numerous variables to consider, Grams tries to keep things simple. Another model she and her team validated, which helps doctors and kidney patients accurately assess risk of end-stage kidney disease, has just four variables: age, gender, kidney filtration rate and the ratio of two substances—albumin and creatinine—in the patient’s urine.

From just those four factors, Grams and team can provide a simple numerical score of the potential for kidney failure in two-and five-year time frames—a score that Grams and the team calibrate based on known risks from countless kidney patients over the years. Those scores help doctors explain in easy to understand and actionable terms the severity of a patient’s disease. And they help guide treatment decisions. The score is used at Johns Hopkins and numerous hospitals and clinics throughout the world.

The risk calculations were based on data from two groups of Canadian kidney patients, and then validated by the Johns Hopkins group against data from no less than 38 global cohorts to verify accuracy.

“I think our model has gained popularity because of that thorough validation,” Grams says.

While Wall Street and medicine might seem worlds apart, Grams says her work in both fields has had more in common than one might think.

She became a “quant” with the modeling group at Goldman Sachs fresh out of college. Her job was to develop mathematical risk models for the more than 5,000 stocks traded daily in the United States. “I thought it was really fun and challenging, but I wasn’t all that interested in what the stock market was doing,” Grams says. “I was more interested in the methods.”

Eventually, she would turn to a new calling in medicine. As a student at the Columbia University Vagelos College of Physicians and Surgeons, she studied with a health care economist and soon realized that the economist used models that were very similar to those Grams knew well from Wall Street.

Before long, she found herself on the cusp of a growing wave in medical research, made possible by recent advances in technology and big data.

“It used to be basic science was the only way into research in medicine,” she says. “But now you can do math models too.”