By following certain patients for long periods — sometimes from childhood through adulthood — the Johns Hopkins epilepsy team helps protect patients from problems that can occur during various stages of their lives.

Our epilepsy center is here to care for patients with epilepsy throughout their lifetime. Click to Tweet

There are age-specific challenges for people living with epilepsy across the lifespan, says Johns Hopkins neurosurgeon Shenandoah “Dody” Robinson.

“One of the most common groups to present with epilepsy is neonates, but another is the elderly,” she says. “There are different issues at each stage of life, but we’re relatively unique in having the specialists and experts to handle care for patients of all ages.”

A major benefit of Johns Hopkins’ Epilepsy Center is the team approach providers take for children and adults, explains neurologist and center director Greg Bergey. The center runs clinics for patients who had their first seizure to provide an initial evaluation. There, neurologists who are epilepsy experts take a history and run a battery of tests to determine whether the patient has actually had a seizure, which kind, whether there are contributing factors and — most importantly — the chances of having another. Genetic testing through the center can link seizures to underlying syndromes that may need direct specific therapy or care, such as tuberous sclerosis. 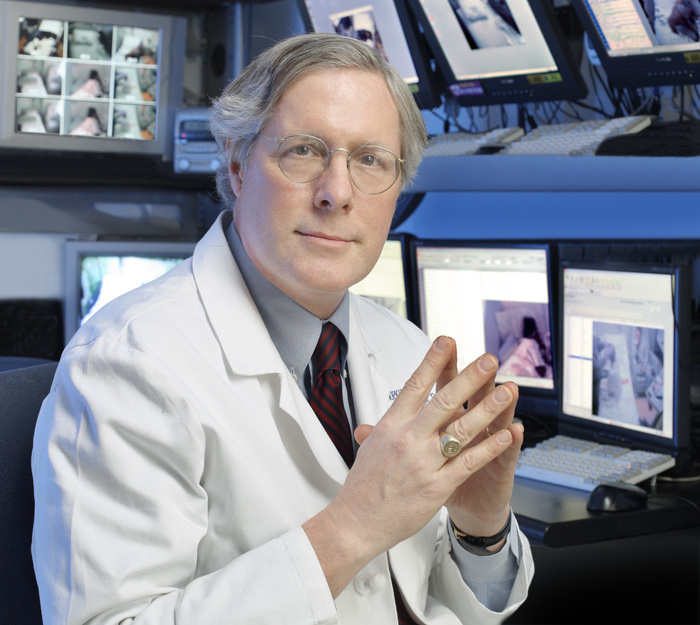 “Our greatest goal is to improve patients’ quality of life by using every viable option to control their seizures.” –Greg Bergey

The majority of patients do well on a single or combination of anti-seizure medications. However, being able to follow patients over the long term — sometimes from childhood through adulthood — helps Johns Hopkins providers protect patients from potential problems with treatment over time. For example, adds Bergey, college students’ hectic academic and social schedules can lead to lapses in medication, sleep deprivation and the harmful influences of alcohol. For adult female patients who decide to have children, it’s important to use seizure medications that are safe to take during pregnancy.

Many of the center’s pediatric patients are referred from Kennedy Krieger Institute — a Baltimore-based affiliate that cares for children and adults with developmental disabilities and disorders of the brain, spinal cord and musculoskeletal system — for specialized care. This might include the ketogenic diet, an extremely low-carbohydrate diet pioneered at Johns Hopkins decades ago that’s shown to be safe and effective at treating seizures in some patients. Other patients simply age out of pediatric care, with both institutions working together to ease the transition to adult providers.

Children and adults whose seizures aren’t well controlled on medication may be candidates for seizure surgery, provided by Robinson and her colleague William Anderson. To determine the location of the seizure foci, patients typically stay in the pediatric or adult epilepsy monitoring unit, where scalp or implanted electrodes record their brain activity over the course of several days. All patients in the unit are discussed weekly at clinical conference, says Robinson, providing their physicians an opportunity to receive multiple opinions. Although most surgeries aim to resect or ablate the seizure foci, some patients are best treated by implanting neurostimulating devices, including those tested in clinical trials at Johns Hopkins.

For older patients, there’s a growing body of evidence suggesting a link between seizures and cerebrovascular disease and/or neurodegenerative conditions such as Alzheimer’s disease. Johns Hopkins physician-scientists, including Emily Johnson, are actively contributing to this field to help gain a better understanding of the overlap and develop better treatments.

For any patient across the lifespan, says Bergey, helping patients become seizure-free while minimizing side effects is the ultimate objective: “Our greatest goal is to improve patients’ quality of life by using every viable option to control their seizures.”

The benefits of the ketogenic diet — a term first coined on July 27, 1921 — as a treatment for epilepsy have been proved time and time again during its first century. Throughout that period, Johns Hopkins Medicine has been one of the pioneers leading the study, testing, development and clinical application of this remarkable therapy.

The classic ketogenic diet, involving the consumption of high-fat foods and very few carbohydrates, is one of the oldest treatments for epilepsy. After decades of disuse for that purpose, the ketogenic diet became popular again in recent years, and now is adopted worldwide.

Johns Hopkins is home to the Pediatric Ketogenic Diet Center and the Adult Epilepsy Diet Center, one of the world’s leading centers for clinical and research expertise on the ketogenic diet, having treated more than 1,500 children with this approach. The division of pediatric neurology’s epilepsy team, which is part of the Johns Hopkins Children’s Center has used the ketogenic diet to address seizures since the diet’s therapeutic origins in the 1920s. The Johns Hopkins Adult Epilepsy Diet Center, which opened in 2010, was the first clinic to offer ketogenic diet therapy specially designed for adults with epilepsy. The center has treated over 400 patients with both the classic ketogenic diet and, more recently, the modified Atkins diet.