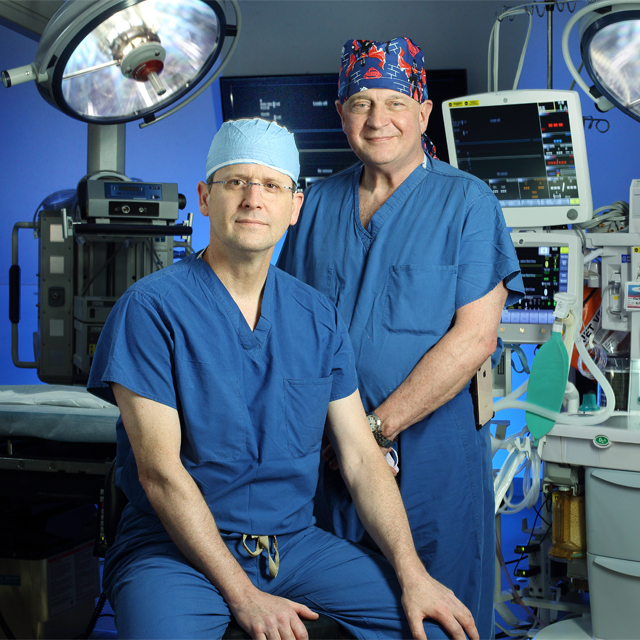 A dermoid cyst is an odd anomaly that seems harmless. It is a collection of normal tissue, such as hair follicles and sweat glands, formed from cells trapped in the spinal cord or brain during development. This remnant of tissue is then found in a part of the body where it should not be found, typically the midline face with the nose the most common location, and usually within 10 years after birth. It is a sly master of disguise, too, often mistaken for a blackhead or pore that won’t go away. This cyst is generally as benign as a blackhead, but it may grow on a years-long journey through the base of the skull and even into the brain. Then it becomes a potentially lethal threat.

“In certain cases it can form a little track, about a millimeter wide, that goes from the tip of the nose all the way up under the skin where it can penetrate the base of the skull in an area near the crista galli and then even go into the brain,” says pediatric neurosurgeon Alan Cohen. “The problem is anytime there’s an opening from the outside of the body to the inside, it becomes a portal of entry for infection. There can be up to a 20 percent risk of developing meningitis or an abscess in the brain.”

Cohen is describing the recent case of a young girl who underwent a six-hour surgery that he and pediatric plastic reconstructive surgeon Richard Redett performed as surgeons on the multidisciplinary Pediatric Cranial Reconstruction Center team at Johns Hopkins Children’s Center. Because this was a very rare (one in 30,000) dermoid cyst that found its way through the nasal septum, the skull, the dura covering the brain and potentially the brain itself, both specialists were at the operating table.

“I had to go from the bottom up through the nasal cavity and basically excise the entire cyst and the sinus track — an open rhinotomy — while Al (Cohen) went from the top down to drill out the skull base,” explains Redett. “If all of the cyst is not removed during surgery, it will likely grow back.”

Cohen notes that these cysts are “tricky to treat,” because they get under the skin and nasal bones, hook through the anterior skull base and adhere to the dura.

“In this case, we did a small craniotomy, lifted up the brain and worked from the top to meet Rick halfway,” Cohen says. “We used a minimally invasive procedure that reduced the amount of skull work needed.”

The good news? Cohen found that the cyst had penetrated the skull base but stopped short of the brain. The bad news? Following the cyst deep into the septum, Redett found another one.

“It was about the size of a marble just packed with hair — I’ve never seen anything quite like it,” says Redett, who has performed some 50 dermoid cyst surgeries. “Again, this is normal tissue that doesn’t belong where it is.”

The two surgeons then meticulously excised the cyst and laid tissue down into the track to block any potential bacteria, preventing development of meningitis or a brain abscess. After a three-night stay in the hospital, the girl returned home.

“She healed up pretty well,” says Cohen. “She looks great, and so does her MRI.”