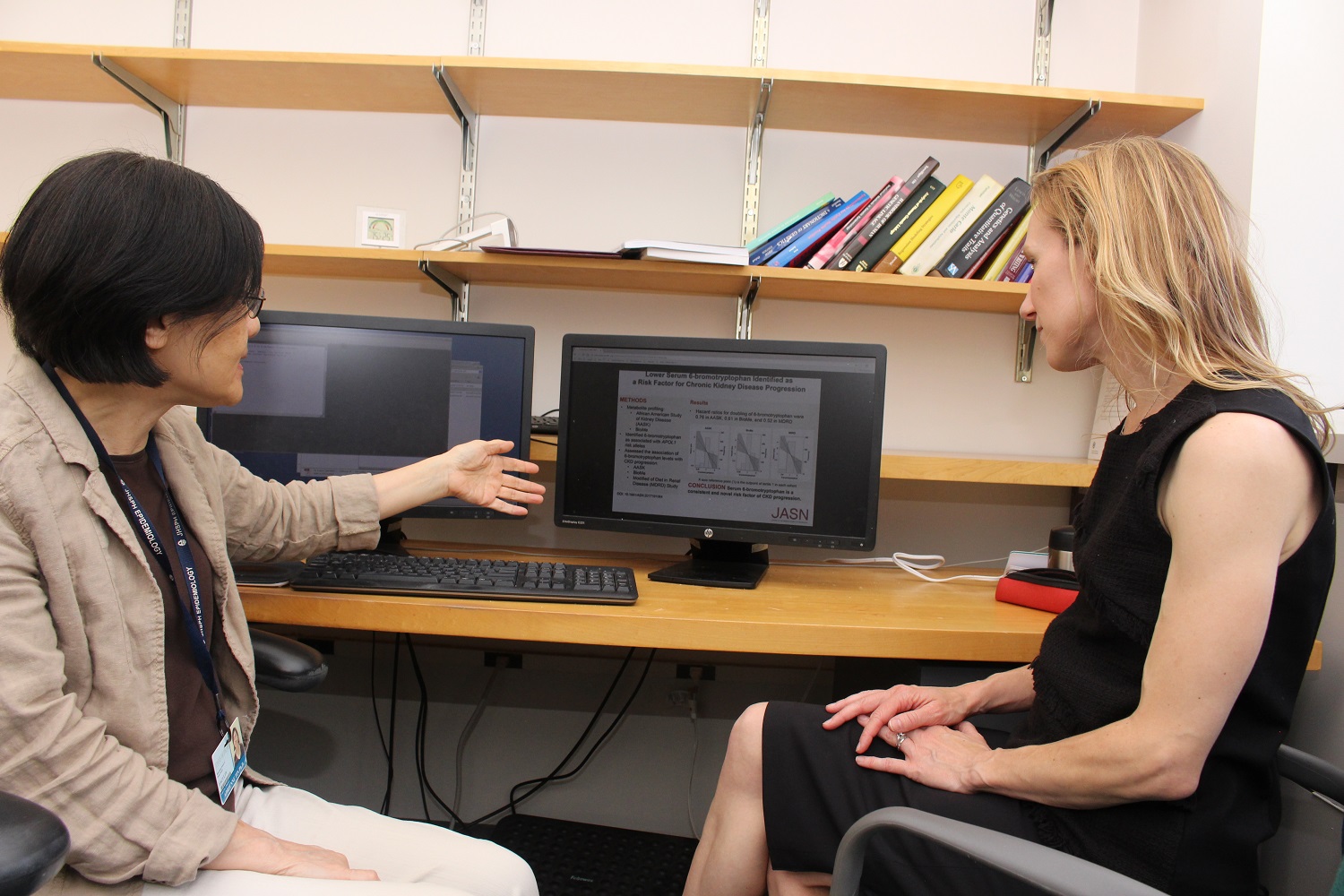 Oral diabetes drug metformin is safe for most diabetics who also have chronic kidney disease (CKD).

Results of a large-scale study suggest that the oral diabetes drug metformin is safe for most diabetics who also have chronic kidney disease(CKD). The study of more than 150,000 adults by Johns Hopkins Medicine investigators found that metformin’s association with the development of a life-threatening condition called lactic acidosis was seen only among patients with severely decreased kidney function.

A report on the study appeared online June 4 in JAMA Internal Medicine.

Metformin is the first-line medication for treatment of type 2 diabetes in adults and the fifth most commonly used drug in the United States. However, there has been a longstanding concern in the medical community about prescribing metformin for people with both diabetes and CKD because it may cause lactic acidosis, says senior study author Morgan Grams, M.D., Ph.D., M.H.S., an associate professor of medicine and epidemiology at the Johns Hopkins University School of Medicine. Lactic acidosis is a rare but serious complication, occurring when lactate—a product of glucose breakdown—builds up in the bloodstream, producing symptoms such as severe muscle pain, cramps, nausea and weakness. Because patients with CKD may be at increased risk of metformin-associated lactic acidosis, health care providers historically avoided prescribing metformin in this population.

The Food and Drug Administration recently revised its labeling of metformin so the drug could be used more by CKD patients, says Grams, and some regulatory and professional society guidelines cautiously support use of the drug by diabetic patients with moderate kidney disease. But data addressing the drug’s safety for patients with moderate to severe kidney disease had been inconclusive, she says.

A better assessment of acidosis risk could “provide reassurance that millions of people with diabetes and CKD may be able to safely use metformin,” Grams says. Past studies show that metformin has multiple benefits beyond controlling blood sugar, including less weight gain, a lower risk of heart attack and even higher long-term survival than other medications that patients take to control blood sugar. About 380 million people worldwide and 29 million people in the United States are affected by diabetes. Approximately 19 percent—or around 5 million—of those in the U.S. with diabetes also have CKD, Grams says.

“Our study demonstrates that the first-line and common diabetes medication is safer in patients with CKD than once thought,” Grams says. “From a public health perspective, the potential benefits of using metformin for patients with diabetes and CKD are vast, given the increasing number of people affected with both diseases worldwide.”

For the new study, Grams and her co-authors analyzed 2004–2017 medical records from a group of 75,413 patients with diabetes managed by Geisinger Health System in Pennsylvania. They looked at patients’ estimated glomerular filtration rates (eGFRs—a measure of kidney function), medications prescribed for diabetes management, hospitalizations for acidosis, demographic information, cigarette smoking status and presence of cardiovascular disease.

The research team used computer-based statistical models to analyze the risk of developing acidosis among metformin users compared with nonusers. The researchers adjusted for conditions such as cardiovascular disease and smoking status. 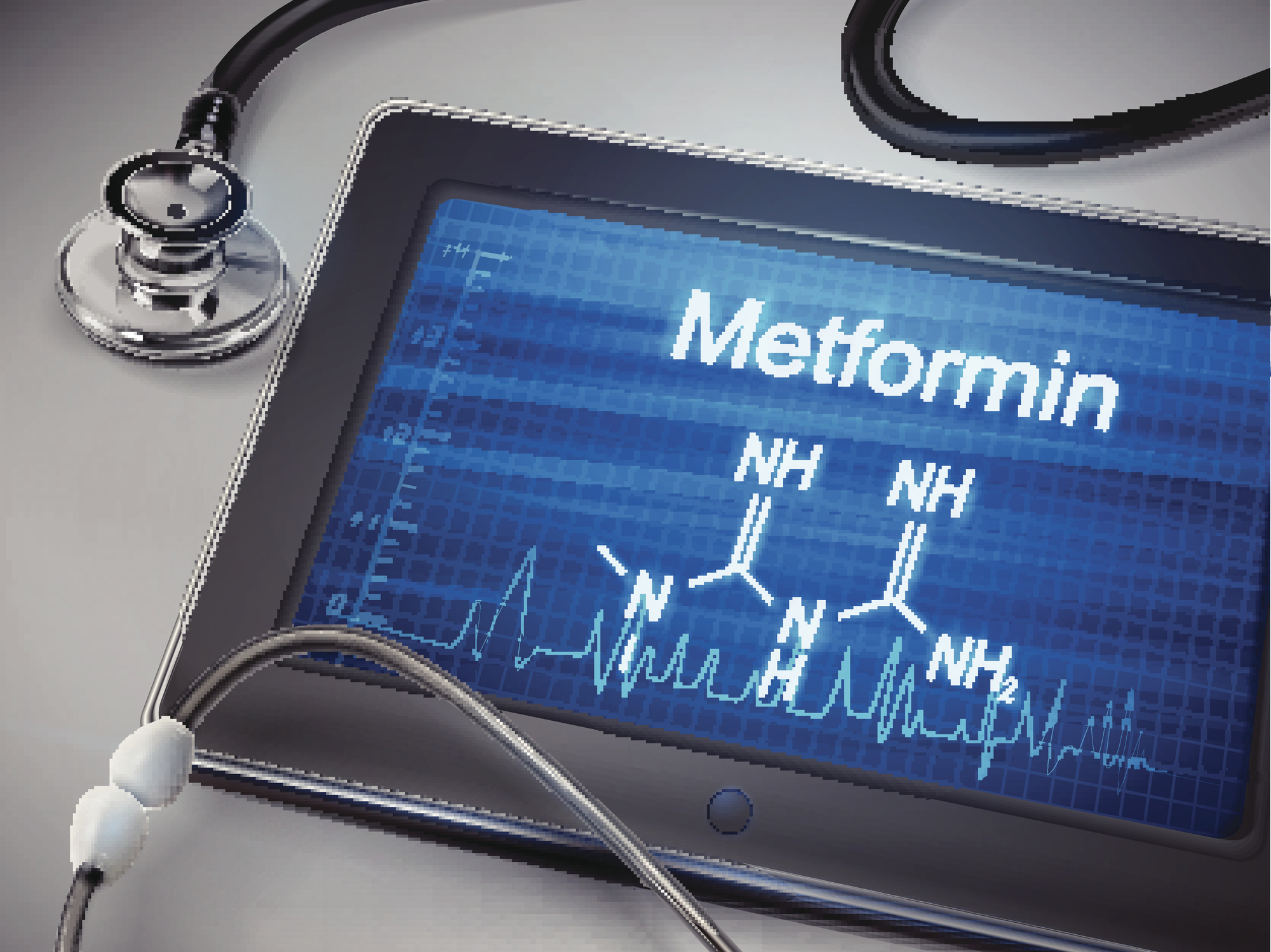 In addition, the researchers compared new metformin users with new users of another class of diabetes medications called sulfonylureas within different categories of CKD stages. They replicated their results in a group of 82,017 patients from MarketScan—a database of inpatient and outpatient claims data from 350 private health systems—studying records from 2010 to 2014.

The Geisinger patients averaged age 60, and 51 percent were female. Of the patients, 45 percent (34,095) were taking metformin at enrollment in the study and 13,781 of the remaining patients were subsequently prescribed metformin during a 5.7-year follow-up period.

However, metformin use was associated with an increased risk of acidosis at an eGFR level of less than 30 mL/min/1.73 m2.

“Our results support cautious use of metformin in patients with type 2 diabetes and eGFR of at least 30 mL/min/1.73 m2,” Grams says.

While the researchers say these data are promising, they caution that patients receiving metformin could have different underlying acidosis risk than patients who did not receive metformin, and that most of the study sample was white, which may limit generalizability by race.

Metformin, beyond having potential health benefits, is relatively inexpensive. The medication can be obtained for $4 per month for the 500 milligram dose. In contrast, some of the newer diabetes agents can cost more than $400 per month.

#Acidosis related to use of metformin seen only in those with severely decreased kidney function, addressing medical community’s concerns. Click to Tweet