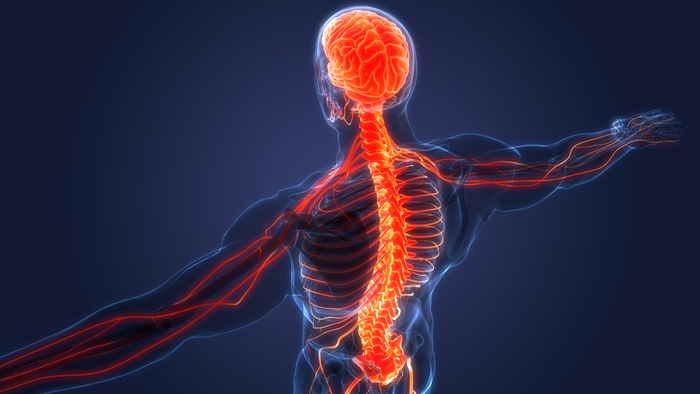 The patient in front of neurosurgeon Allan Belzberg had experienced decades-long, chronic pain affecting nearly every aspect of his being. But his life was about to change. After receiving an unusual procedure, dorsal root entry zone (DREZ) lesioning, he woke up in recovery with his pain almost eradicated — contradicting medical dogma that chronic pain becomes permanently established after it exists long term. During a follow-up appointment, the patient’s wife, who was married to him for more than 10 years, told Belzberg that she was getting to know a whole new husband.

“She had never known him without his pain,” Belzberg remembers. “This is just one example of how life-changing this procedure can be.”

Belzberg, who is director of peripheral nerve surgery at Johns Hopkins, explains that DREZ lesioning offers an option for patients who had a traumatic injury that violently ripped nerves from their spinal cord, such as a high velocity motorcycle accident. This type of injury sometimes leaves behind an area in the spinal cord that behaves like an epileptic focus in the brain, periodically misfiring pain signals. The result is extreme pain that seems to emanate from an extremity up to several minutes at a time — perhaps several times per day — that even heavy doses of strong pain-relieving drugs can’t effectively treat. 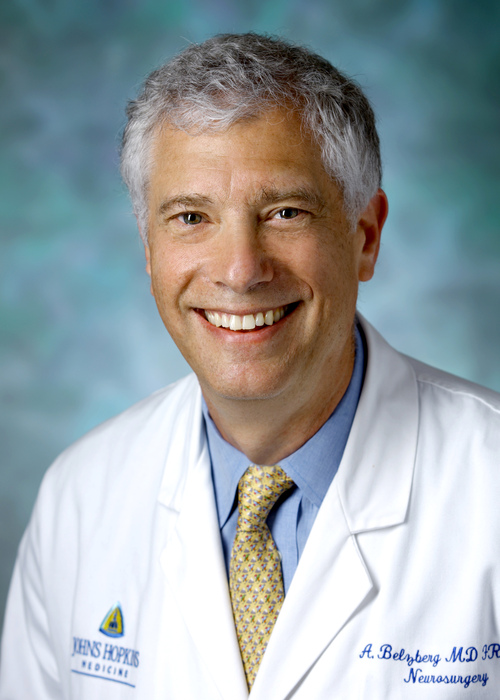 “One patient described it as if someone had suddenly parked a moving van on his hand, then lit the van on fire.” —Allan Belzberg

“Patients often describe the sensation as a crushing, burning type of pain,” Belzberg says. “One patient described it as if someone had suddenly parked a moving van on his hand, then lit the van on fire.”

Belzberg is one of few physicians at just a handful of medical centers across the country who perform DREZ lesioning. During the procedure, a series of precise radiofrequency burns are created in the spinal cord to silence the damaged tissue injured by the avulsed nerves.

Because these burns are immediately adjacent to nerves that control movement or sensation in other anatomy, this surgery is high risk, Belzberg explains, but also high reward, since many patients become nearly pain free. He performs the procedure on five to 10 patients each year, and his technique has become extremely precise over time, he says. Belzberg notes that he has capacity to perform more DREZ lesioning, but many physicians — even those who specialize in treating pain — may be unaware that this procedure exists.

Johns Hopkins is uniquely suited to provide this option, he says, because of its large, multidisciplinary team that includes experts in neuroradiology, pain medicine, neurology and anesthesia. Also, the Neurosurgery Pain Research Institute at Johns Hopkins provides Belzberg and other neurosurgeons with resources to continue studying unusual pain syndromes, such as those that necessitate DREZ lesioning, allowing them to further improve treatment. Belzberg and Johns Hopkins pain researcher Michael Caterina are directors of the institute, which started with an anonymous $75 million gift in 2011.

“The institute fosters and financially supports interactions among surgeons who specialize in therapies such as DREZ lesioning, imaging specialists who develop novel ways of visualizing the nervous system, neuropathologists who examine damaged nerve tissue and basic scientists who can model complex pain conditions in the lab,” Caterina says. “The result of these exceptional interactions is a constant flow of information and insights between the operating room, clinic and laboratory that will form the basis of increasingly rational approaches to pain therapy.”