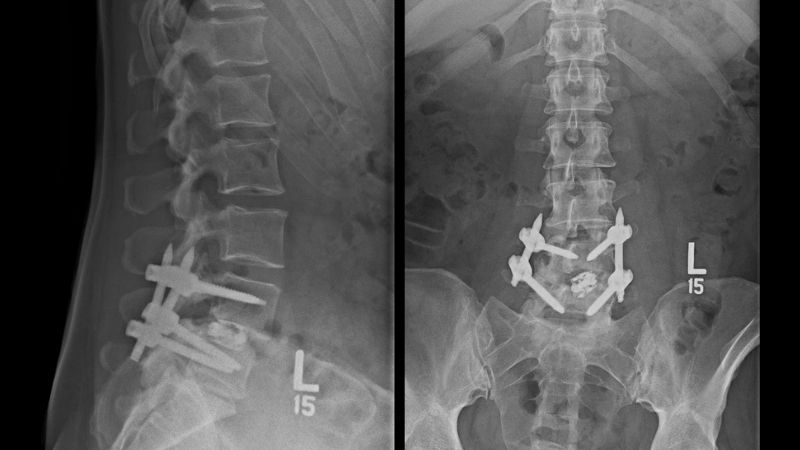 Spine surgeons in the U.S. perform more than 400,000 spinal fusions each year as a way to ease back pain and prevent vertebrae in the spine from wiggling around and doing more damage. However, reports estimate that on average some 30% of these surgeries fail to weld these vertebrae into a single bone, causing continued back pain.

Now, after reviewing 16 studies in humans and 17 in animals that tested three types of electrical stimulation — one implanted and the others worn — Johns Hopkins researchers have determined that only using an implanted direct current stimulation device worked successfully in both animals and people. Direct current stimulation devices are implanted under the skin next to the spine during the fusion procedure and remain in place for the six to nine months of recovery, and then are removed.

Patients who received these devices were more than twice as likely to have their vertebrae fuse successfully, and the rate was higher in animals. While this implanted device seems to be a helpful tool for surgeons, it may not allow for MRIs, and the devices do have a small risk of infection, discomfort and immune reaction.

“Although the direct current stimulating device is more invasive because it’s implanted, there is 100% compliance,” says author Ethan Cottrill, M.S., an M.D./Ph.D. candidate at the Johns Hopkins University School of Medicine. “The other two devices we analyzed have to be worn and there is a higher risk that patients might forget to use it, making it potentially less effective.”

The findings were published Oct. 8 in the Journal of Neurosurgery: Spine.

Because each electrical device can cost around $5,000, the researchers only recommend that people at high risk for failed fusion procedures get them, such as older patients, people with prior failed fusions, and those who have diabetes or who smoke.

Other authors on the publication include Zach Pennington, A. Karim Ahmed, Daniel Lubelski, Matthew Goodwin, Alexander Perdomo-Pantoja, Erick Westbroek, Nicholas Theodore, Timothy Witham and Daniel Sciubba, all from the Department of Neurosurgery at Johns Hopkins.

The researchers don’t have funding to report for this work.