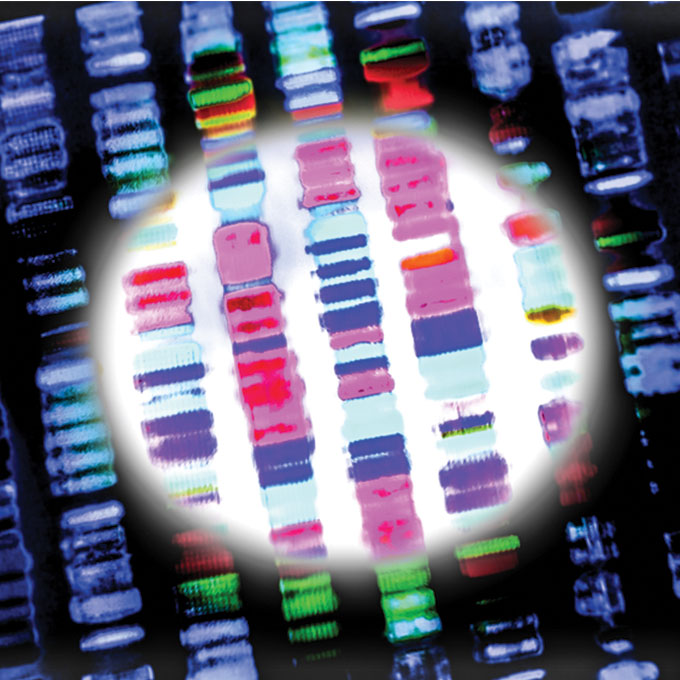 Embryonic genes are supposed to fulfill their mission before we are ever born and then shut themselves off. But somehow, metastatic castration-resistant prostate cancer (mCRPC) manages to reactivate these genes from our period of earliest development, says scientist Shawn Lupold, Ph.D.

“When these very specialized genes are turned back on, they can provide the immortality and adaptability needed for replication and transfiguration into different cell types,” he says. “In prostate cancer, these genes can be reactivated – possibly triggering the same immortality and pliability features – and this leads to therapeutic resistance.”

When does this happen? What’s the “on switch?” Which specific genes get reactivated? Lupold and colleagues in his laboratory, hoping to answer these questions, recently compared castration-sensitive prostate cancer cells with cancer cells that have become castration-resistant. They made an important discovery: “We found a specific group of embryonic genes, called homeobox or HOX genes, that become reactivated in castration resistant cells,” he says. Some of these genes, already known to be reactivated in prostate cancer, can be useful biomarkers for the initial diagnosis of prostate cancer. Using a combination of cell lines, human tissues, and RNA-sequencing technology, they found several additional HOX genes that are turned back on in a subset of metastatic and castration-resistant prostate cancers.

With this preliminary data, Lupold and his collaborator, Srinivasan Yegnasubramanian, M.D., Ph.D., applied for and received a three-year Idea Development Award from the Department of Defense Prostate Cancer Research Program. The goal is to delineate the role of these specific HOX genes in prostate cancer cell biology, metastasis, and therapeutic resistance.

In other news, Lupold, who holds the same professorship originated by the late, legendary Brady scientist Donald S. Coffey, Ph.D., is following in Coffey’s footsteps in another important way: he will soon serve as President-Elect for the Society of Basic Urologic Research and will become the prestigious group’s President in the fall of 2023.