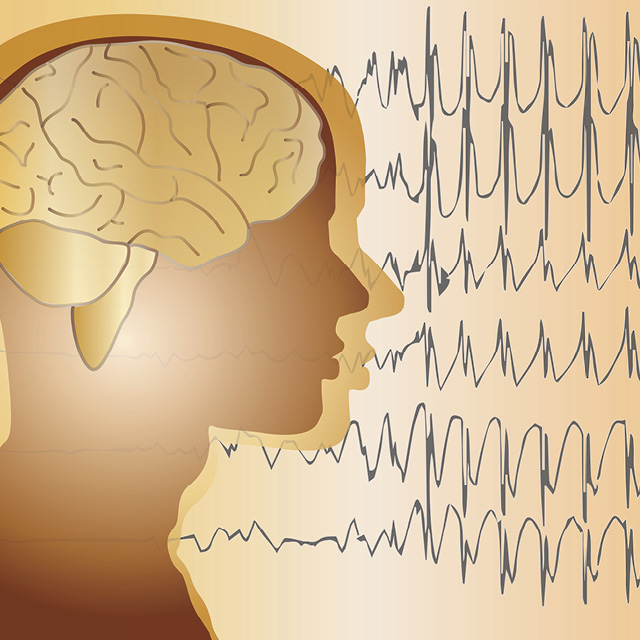 Epilepsy is often thought of as a disease that only arises in childhood. But that’s a common misconception, says Johns Hopkins neurologist Emily Johnson.

Epilepsy has the highest incidence in old age, with each decade after 60 bringing even more new cases,” she says.

While some of these diagnoses can be attributed to brain damage caused by stroke and neurodegenerative disease, Johnson explains, up to half of cases have no known cause.

To help shed light on what may lead to late-onset epilepsy (LOE), Johnson recently led a study using data from the Atherosclerosis Risk in Communities study, a prospective cohort study started in 1987 that’s followed nearly 16,000 men and women recruited form one of four study centers scattered across the country when these volunteers were between 45 to 64 years old. Patients in this study have been examined in-person six times over the years and are contacted yearly by telephone to answer questions about their health.

Johnson and her colleagues collected the baseline health information from 10,420 of these individuals, which included both demographic factors such as age and race; lifestyle factors such as whether participants were exercisers, drinkers or smokers; and pre-existing health factors such as whether they had hypertension, diabetes, or carried the apolipoprotein E4 gene variant, a risk factor for Alzheimer’s disease. They then used claims data to determine which of these individuals was eventually diagnosed with epilepsy after age 60 by December 2013.

Their findings show that a variety of factors appear to increase the risk of LOE, including having baseline hypertension, diabetes, stroke or dementia, or being a smoker. Having the apolipoprotein E4 gene variant also boosted LOE risk, even in patients who didn’t have dementia.

Other factors seemed protective, such as higher levels of physical activity and moderate alcohol intake.

Although these findings don’t point to a “smoking gun” for LOE’s cause, she says, they suggest that it may be possible to modify some risk factors for this condition. Future studies might focus on whether making changes later in life, such as increasing physical activity, might ward off this disease—or even whether modifying risk factors in patients who are already diagnosed might affect seizure frequency.

Regardless of age, she adds, all adults who visit a neurologist for new seizures should receive a comprehensive workup with neuroimaging and an electroencephalogram to look for structural reasons and identify possible foci. This knowledge can help guide treatment decisions, such as choosing anticonvulsant medications. Older patients often have a higher risk for medication interactions simply because medication use rises with age. Doctors should also pay close attention to preventing falls, either from the epilepsy itself or from instability induced by medication, since they can be more consequential in older age.

“Our ultimate goal is to improve seizure control,” Johnson says, “so patients can live their best life no matter old they are.”