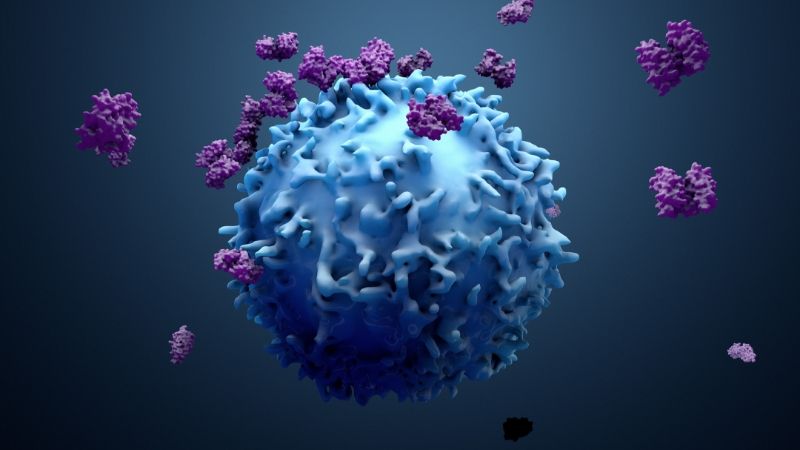 A research team led by experts at the Bloomberg~Kimmel Institute for Cancer Immunotherapy at the Johns Hopkins Kimmel Cancer Center reports favorable five-year survival rates from the first multidose clinical trial of the immunotherapy drug nivolumab (anti-PD-1) as a treatment for patients whose previous therapies failed to stem their advanced melanoma, renal cell carcinoma (RCC) or non-small-cell lung cancer (NSCLC). The study, which followed 270 adult men and women, reports survival rates substantially higher than what was expected from cancer therapies available in 2008 at the start of the clinical trial, including chemotherapies, kinase inhibitors, biologic therapies, antiangiogenic therapies, biologic therapies and other clinical trials.

With conventional systemic treatments given for patients with stage IV cancers, three-year survival for advanced melanoma was approximately 5%, and the five-year survival rate for NSCLC was 6% at the time the current trial commenced.

By comparison, the results with nivolumab, reported July 25 in JAMA Oncology, show higher than expected rates of five-year survival: 34.2% for melanoma, 27.7% for RCC and 15.6% for NSCLC. Furthermore, in this study, which provides the longest available follow-up on patients with several types of cancer receiving a PD-1 pathway inhibitor, responses were durable.

The new study provides much-needed data on long-term clinical outcomes associated with nivolumab, a drug that blocks the activity of a molecule called PD-1, removing restraints on cancer-killing T cells, says Suzanne Topalian, M.D., professor of surgery, associate director of the Bloomberg~Kimmel Institute for Cancer Immunotherapy and the lead author of the study report.

Topalian says the research team has also identified some clinical and laboratory features in these patients associated with five-year outcomes.

PD-1 on immune cells interacts with the molecule PD-L1 expressed by tumor cells. Cancer cells use this inhibitory interaction to essentially “hide” from the body’s immune attack. Nivolumab (anti-PD-1) and other drugs in its class make the tumor cells visible again, restoring the immune system’s ability to recognize and kill cancer cells. Much of the science behind anti-PD-1 drugs such as nivolumab (marketed as Opdivo) and pembrolizumab (marketed as Keytruda) was developed by Bloomberg~Kimmel Institute researchers, Topalian notes. The Food and Drug Administration approves both drugs to treat multiple cancer types, sometimes in combination with other therapies or after other therapies fail.

The five-year survival study included 270 patients with advanced melanoma, renal cell carcinoma or non-small-cell lung cancer enrolled at 13 U.S. medical centers, including the Johns Hopkins Kimmel Cancer Center, beginning in 2008 in a phase 1 clinical trial of nivolumab. Patients received different doses of the drug (between 0.1 to 10.0 mg/kg) intravenously in the outpatient clinic every two weeks in eight-week cycles for up to two years.

The patients were previously treated for their advanced cancers—meaning cancers that had spread beyond the reach of surgery and persisted—with 40.4% entering the nivolumab trial having undergone three or more prior systemic therapies. “While all patients had been treated previously, the number of prior treatments did not make a statistical difference in terms of five-year survival in this study,” says Topalian.

The study found that patients with larger tumor burdens, or cancers that had spread to the bone or liver, were significantly less likely to survive for five years after starting nivolumab treatment. Furthermore, patients with low immune cell (lymphocyte) counts in their blood at the time nivolumab treatment began were significantly less likely to benefit—certain chemotherapies that patients might have received before entering the trial could have lowered their lymphocyte counts.

However, “patients who entered the trial without any cancer-related symptoms were significantly more likely to survive for five years, compared to those who were experiencing symptoms,” Topalian says.

“These findings should help guide patients and their doctors as they consider nivolumab therapy,” says lung cancer expert Julie Brahmer, M.D., professor of oncology and co-director of the upper aerodigestive program at the Bloomberg~Kimmel Institute for Cancer Immunotherapy, and the clinical trial’s principal investigator. Since the drug’s safety was established, she says, it has moved from treating patients who have already received multiple lines of therapy to patients who had only one prior therapy, or even patients who could receive this as first-line systemic therapy for metastatic disease.

In addition, Topalian, Brahmer and colleagues reported in 2018 in The New England Journal of Medicine favorable responses when nivolumab was given before a first surgery for high-risk NSCLC, an approach known as neoadjuvant therapy. “I think we will see an accelerating pace of this kind of research, pushing the earlier use of these drugs,” says Topalian.

About 10% to 20% of patients experience serious adverse events after taking nivolumab, including inflammatory reactions in the lung or intestines. The most common side effects of nivolumab are fatigue and rash. In most cases, side effects from immunotherapy can be clinically managed to prevent them from becoming life threatening.

Topalian says her team of investigators, and other teams, continue to explore the specific reasons why adverse events appear to be markers of long-term survival in patients taking nivolumab.

The @BloombergKimmel study reports on the first multidose clinical trial of the immunotherapy drug nivolumab. Click to Tweet

“Nivolumab activates immune responses. Although we would like those responses to be directed only at cancer cells, in some cases there is a spillover effect and we encounter immune responses against normal tissues,” she says. “Based on the findings in this study, we can reassure our patients that if they develop these side effects, it may very well put them in a better response and long-term effect category. The real issue is whether we can devise treatments to manage these side effects that will not interfere at all with the anti-tumor immune response.”

This study was sponsored by Bristol-Myers Squibb.

Brahmer receives grants and an uncompensated advisory committee/consulting agreement with Bristol-Myers Squibb during this study; personal fees from Amgen, AstraZeneca/MedImmune, Celgene, Genentech, Janssen Oncology, Eli Lilly, Merck and Syndax outside of this study; serves on the advisory board of AstraZeneca, Genentech, Janssen Oncology, Merck and Syndax; and grant support from AstraZeneca/MedImmune and Merck.

Brahmer receives grants and an uncompensated advisory committee/consulting agreement with Bristol-Myers Squibb during this study; personal fees from Amgen, AstraZeneca/MedImmune, Celgene, Genentech, Janssen Oncology, Eli Lilly, Merck and Syndax outside of this study; serves on the advisory board of AstraZeneca, Genentech, Janssen Oncology, Merck and Syndax; and grant support from AstraZeneca/MedImmune and Merck.