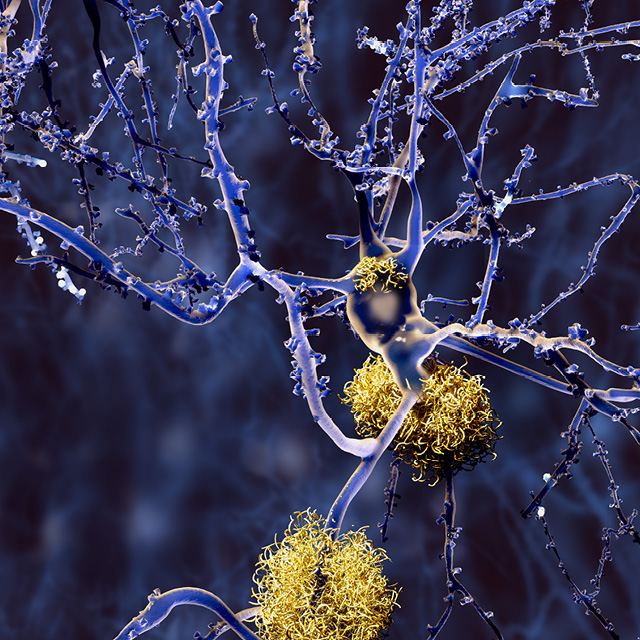 Although a subset of patients can be cured with liver transplants, and a drug that could slow the disease somewhat was approved in Europe, there were no truly effective treatments for the majority of patients with this disease in the United States. Image shows 3D representation of abnormal amyloid buildup in nerves.

Johns Hopkins research into rare disease leads to approval of the first drug that can halt its progression.

Over the past two decades, Johns Hopkins neurologist Michael Polydefkis has cared for hundreds of patients with transthyretin (TTR) amyloidosis. This inherited disease, affecting an estimated one in 100,000 people in the U.S., causes the abnormal proteinacious deposits known as amyloid to accumulate in the nerves, heart and other locations—leading to neuropathy, heart failure and eventually death.

“It was a disease that I dreaded diagnosing in patients because I knew what they had in store,” Polydefkis says.

Now, research conducted in Polydefkis’ lab and elsewhere is providing new hope for patients, paving the way for drugs that have the potential to reverse this disease’s progression for the first time.

Polydefkis explains that this disease stems from TTR, a protein produced mainly in the liver that ferries thyroid hormone and retinol elsewhere in the body. This protein is usually bound in a tetramer form that dissociates into four individual pieces. In some people, these pieces misfold into a square-like shape that agglomerates, leading to amyloid deposits.

Although a subset of patients can be cured with liver transplants, and a drug that could slow the disease somewhat was approved in Europe, there were no truly effective treatments for the majority of patients with this disease in the United States.

“We’d watch patients who rode horses or go square dancing or do needlework lose the ability to do those things,” says Johns Hopkins neurology nurse practitioner Kathleen Burks. “This disease doesn’t cause any cognitive decline, so these patients were just trapped in bodies that were turning on them.”

However, several years ago, researchers devised a couple new approaches to this disease. Both centered on knocking down the levels of this protein using either an antisense oligonucleotide or RNA interference (RNAi). Polydefkis says that he, Burks, and their colleagues at Johns 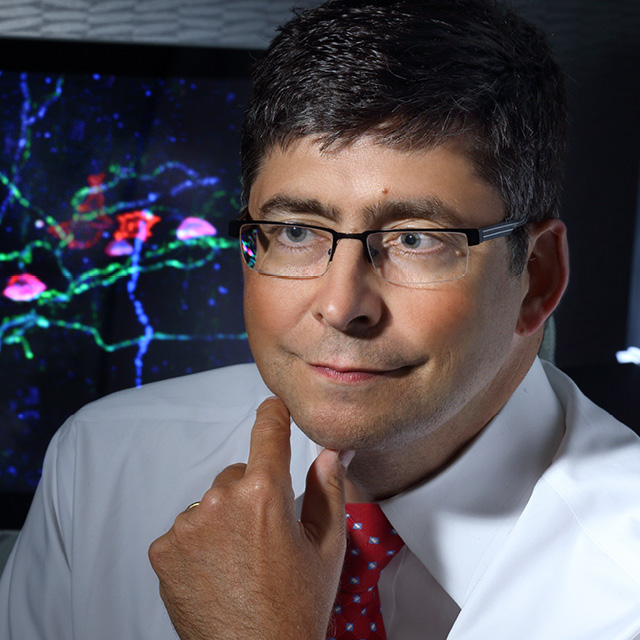 “This is a game-changer for a disease we’ve been completely defenseless against.”—Michael Polydefkis

Hopkins leaped at the opportunity for Johns Hopkins patients to join these trials. As an aid to track patients’ prognoses, Polydefkis’ lab developed a protocol to test for amyloid using punch skin biopsies, a method that Polydefkis pioneered years ago to diagnose and follow various forms of neuropathy.

The results from both trials were overwhelmingly positive, says Burks. Although the first part of each trial was double-blind, it was often clear who was taking the oligonucleotide (inotersen) or the RNAi drug (patisiran) and who was taking the placebo: the disease process of those taking either of these drugs stopped progressing. Some of those on the RNAi drug even showed small degrees of improvement.

“To stay the same or improve in this disease is unheard of,” Polydefkis says.

Patisiran was recently FDA approved, and inotersen is expected to follow shortly.

“This is a game-changer for a disease we’ve been completely defenseless against,” Polydefkis says. “Now, when I have to deliver this diagnosis, I can be optimistic with patients for the first time.”