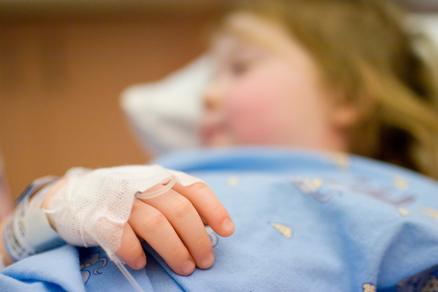 As a resident in pediatric anesthesiology at the Johns Hopkins Children’s Center, Dheeraj Goswami found inspiration for his research from Johns Hopkins anesthesiologist Steven Frank, a world-renowned expert in blood conservation. For more than a decade, Frank has been conducting research — and raising awareness within the surgical community — around a critical tenet: Blood saves lives when you need it but only increases risks and costs when you don’t.

Goswami closely followed the research of Frank, who is the founder and director of the Johns Hopkins Blood Management Program, and was struck by the reality that with blood transfusions, more isn’t always better. In fact, studies in adults showed that blood products can cause harm for some patients, ranging from mild to severe and even life-threatening.

Frank had developed a large database for blood utilization in hospitals that was guiding decision-making at Johns Hopkins and other medical centers around the country. “But nobody was focusing on blood conservation when it came to the pediatric population,” says Goswami, now an assistant professor of anesthesiology and critical care medicine at Johns Hopkins and director of pediatric cardiac anesthesia.

So together with former Johns Hopkins pediatric anesthesiology resident Branden Engorn, Goswami set out to shed new light on any potential risks associated with blood transfusions in pediatric surgical patients. First, the two researchers revamped the adult database that Frank had developed to fit pediatric patients. Then, they decided to zero in on young cardiac patients by doing a retrospective study involving several hundred patients.

"The paper made the cover of one of our anesthesiology journals and brewed some excitement in the field, because it could potentially lead to a change in practice — or at least to clinicians reconsidering their transfusion approaches in some pediatric patients."

“Pediatric cardiac patients get the majority of blood in the hospital,” explains Goswami, “so if we found something useful among this patient population, it could have a big impact.”

Goswami and Engorn did find a possible association showing higher morbidity among young cardiac patients coming out of surgery with higher hemoglobin counts. They reported the findings of their small study at the national meeting of the Society for Pediatric Anesthesia in 2017. “The response was, ‘This is really interesting!’” says Goswami. A team at Emory set out to repeat the study using their own database of about 1,000 pediatric cardiac patients, arriving at the same findings.

It was time to take their research to the next level. Together the researchers from Johns Hopkins and Emory embarked on a large national study, tapping into the Society of Thoracic Surgeons’ Congenital Heart Surgery Database. The largest database in North America dealing with congenital cardiac malformations, it contains more than 475,000 congenital heart surgery procedure records.

In a retrospective study examining more than 30,000 pediatric patients, Goswami and colleagues once again found an association showing that young patients transfused to a higher level had higher rates of postoperative complications — including adverse outcomes such as stroke and thrombosis formation.

“The paper made the cover of one of our anesthesiology journals (Anesthesia & Analgesia/November 2021) and brewed some excitement in the field,” says Goswami, “because it could potentially lead to a change in practice — or at least to clinicians reconsidering their transfusion approaches in some pediatric patients.”

It also generated some pushback, he notes. An editorial in the same issue of the journal took pains to note that the study showed only an association between higher hematocrit levels and increased complications — not causation.

For his part, Goswami acknowledges that further studies will be needed but he does feel comfortable concluding that “we should at least be judicious about not giving blood just to reach a prescribed hemoglobin level.”

The issue takes on added import given the national blood shortage currently facing the U.S. — the worse since World War II, according to the American Red Cross — which has been driven by COVID-19 pandemic lockdowns and fewer blood drives. In late November, cardiac surgeons at Johns Hopkins had to postpone, for the first time, an adult cardiac surgery because of the blood shortage, after a weekend in which patients with trauma required massive transfusions. (The surgery was eventually rescheduled.)

Looking ahead, Goswami and his colleagues will continue their research on blood utilization among pediatric patients. “We are planning to get more granular,” he says, “to see, for example, if certain subsets of patients might be at more risk of needing more blood.”