Although psoriatic arthritis afflicts men and women in equal numbers, the two genders are not equally affected, says Johns Hopkins rheumatologist Ana-Maria Orbai. Women are less likely to achieve remission in their disease and don’t respond as well to certain treatments.

While disease activity can also be measured subjectively using patient reported outcomes, Orbai adds, it’s been unclear from these reports whether a gender difference exists in outcomes and, if so, whether it is associated with objective measures of disease severity. 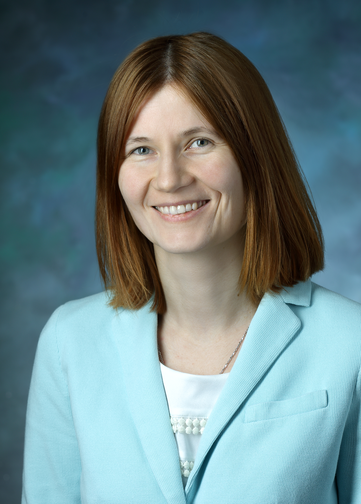 “Knowing more about how each patient experiences fatigue — including how gender might factor in — can help doctors personalize treatment strategies for each individual.” - Ana-Maria Orbai

To investigate, Orbai and colleagues worked with 451 patients with psoriatic arthritis from around the world, spread across 14 study sites and seven countries. Each of these patients, split nearly evenly between men and women with a mean age of 53, had long-term disease with a diagnosis at least two years prior. They all underwent objective tests of disease activity, including a body surface area examination for psoriasis lesions, a tender joint count, and a swollen joint count.

Although #psoriaticarthritis afflicts men and women in equal numbers; the two genders are not equally affected. @jhrheumatology Click to Tweet

These patients also filled out three different patient-reported outcome surveys designed to assess their quality of life, level of disability, and impact of disease.

The researchers reported at the recent American College of Rheumatology’s Annual Meeting in Chicago that musculoskeletal and skin disease activity was similar between men and women, and that they had similar use of the most intense types of therapy for psoriatic arthritis. However, she says, women showed worse patient-reported outcomes across the board.

The reasons for this disparity are unclear. There may be a different biological mechanism for psoriatic arthritis between men and women, Orbai speculates, which might explain why the life impact of this disease is higher on women. Another possibility, she adds, is different social responsibilities or expectations for women and men that might affect how they experience this disease. Either way, she adds, researchers must learn more to understand why women aren’t achieving the same high treatment goals as men.

In another study — presented at the same meeting — Orbai and colleagues investigated gender differences in fatigue, a symptom that frequently accompanies psoriatic arthritis. In this research, the investigators held small focus groups of patients with psoriatic arthritis in six countries: Australia, Brazil, France, the Netherlands, Singapore and the U.S.

These 115 patients, including 69 women and 46 men, were asked broad questions about their disease by two different bilingual moderators speaking their native languages and English. They covered areas including their experience with psoriatic arthritis and how their lives have changed since their diagnosis; their disease activity; key psoriatic arthritis features; and their medical care.

After these discussions were translated into English, the researchers analyzed them for themes related to fatigue and looked for differences in how men and women experienced this symptom. They found significant differences in attitudes, communication and the emotional impact of fatigue between the genders.

Knowing more about how each patient experiences fatigue — including how gender might factor in — can help doctors personalize treatment strategies for each individual, Orbai explains.

“The results from these two studies aren’t surprising based on what my colleagues and I have seen in clinic,” Orbai says. “But what is surprising is how little we still know about the different experiences of men and women with psoriatic arthritis. Trying to better understand how the genders diverge in this disease shows our commitment to improving care for all our patients and those outside our hospital walls.”