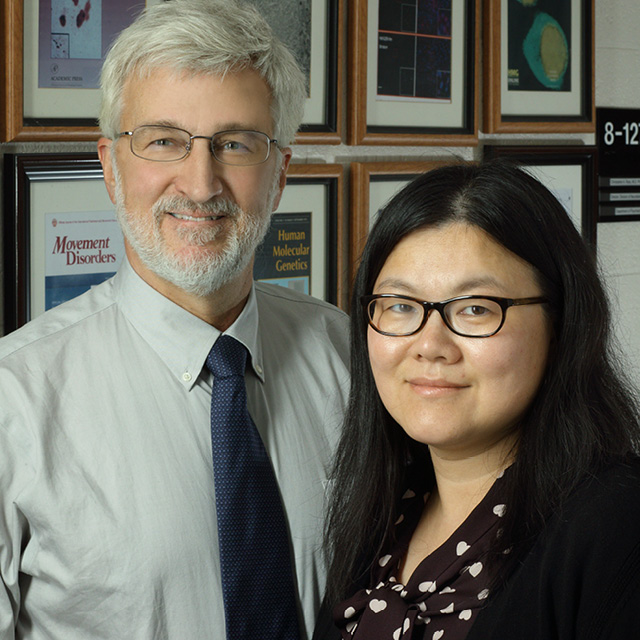 Christopher Ross and Shanshan Zhu have successfully altered mice genetically so that they exhibit signs of mania and show heightened susceptibility to a depression-like state after stress. Alterations in how neurons connect with each other emerged, shedding new light on synaptic changes.

Psychiatry researchers at Johns Hopkins have developed what’s likely the most robust genetic mouse model of bipolar disorder — one that mimics symptoms and responds to treatment.

In work directed by research associate Shanshan Zhu in the lab of psychiatrist and neuroscientist Christopher Ross, investigators genetically engineered mice by knocking out the gene coding for the protein ankyrin-G in neurons in the forebrain, beginning in adolescence. The gene was chosen because it has consistently emerged in human genetic studies as a risk factor for the human disorder. In numerous tests of the animals’ behavior, this alteration led to hyperactive and less fearful conduct, akin to human mania. “Remarkably, these behaviors could be reversed by treatment with lithium and valproic acid — the same medications used to treat people with bipolar disorder,” Ross says.   The work, published online in the Proceedings of the National Academy of Sciences, also demonstrated that the genetically altered mice showed extra susceptibility to a depression-like state after stress, again like humans with the disorder.

Psychiatry #researchers at Johns Hopkins have developed what’s likely the most robust genetic mouse model of #bipolar disorder — one that mimics symptoms and responds to treatment. Click to Tweet 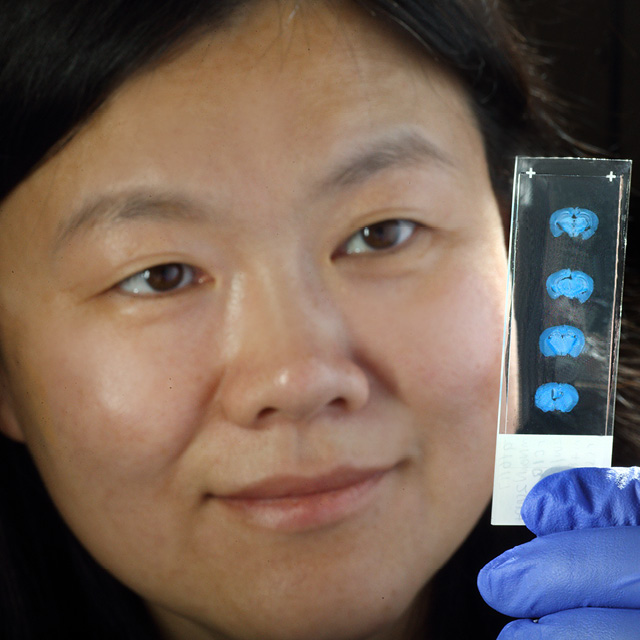 “The knockout mice look the same as the controls, but they are super-active and much more willing to escape,” says Zhu. “Our animal technician could tell which mice were knockouts compared with controls by holding them in her hand.”

Ankyrin-G is important for specifying some of the key machinery in brain cells for cell signaling, Ross says: “It’s involved in organizing other proteins in its region of the neuron, and thus in controlling synaptic connectivity. We’ve uncovered alterations in the microcircuitry in how neurons connect with each other with the cerebral cortex; they lose the ankyrin-G, and they also lose their inhibitory synaptic inputs.” These kinds of changes have long been thought to underlie psychiatric disorders, but have been very hard to identify and study in the past, he says. 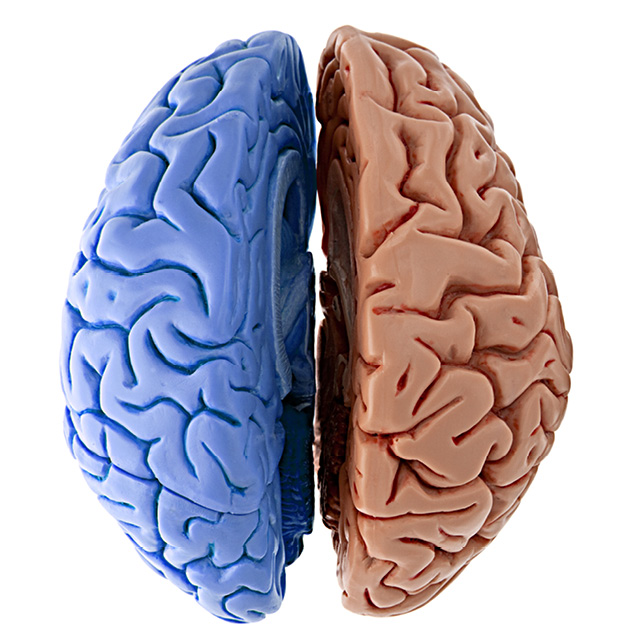 In a given year, bipolar disorder affects about 5.7 million American adults, or about 2.6 percent of the U.S. population 18 and older, according to the National Institute of Mental Health.

In their study, investigators placed the mice in an empty box, called an “open field” test. While typical mice tend to hug the walls, the knockouts spent much more time in the center, venturing out more than 20,000 times per hour, compared with 7,000 times per hour for typical mice. Knockout mice were active for up to 17 hours a day, compared with 12 hours for typical mice. Another test exposed the mice to different, bigger, aggressive mice, which led them into a depressive-like state.

“They could switch back and forth between states reminiscent of mania and depression, similar to a patient with bipolar disorder,” Ross says.

Some psychiatric diseases, such as schizophrenia and autism, are believed to be caused by neurobiological alterations that occur during embryonic or early development stages, Zhu says: “By contrast, in our mouse model, the bipolar-like behavior was related to synaptic changes happening in adolescence or adulthood. This offers great hope that treatments could be developed to alter the course of the disease, and even to prevent future episodes.”

Ross explains that while this is an initial study, the team hopes to use the model to understand the biology of bipolar disorder, to learn how lithium works, and potentially to develop new drugs for the disorder.

See the study in PNAS online: