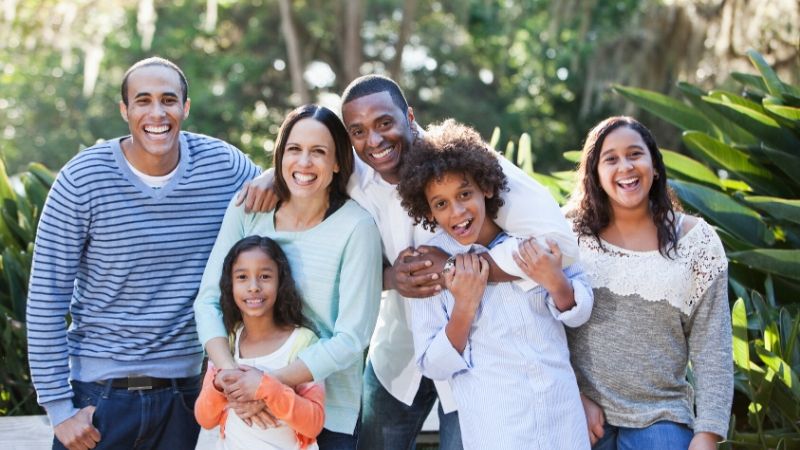 Using medical record and survey data collected from more than 3,400 women, Johns Hopkins Medicine researchers have added to evidence that women who have given birth five or more times were more likely than those who had fewer births to have more risk factors for heart disease, including obesity, high blood pressure and inadequate physical activity.

The researchers say that their findings, published in the December 2019 issue of the American Journal of Obstetrics and Gynecology, don’t suggest that women should have fewer children, but rather that physicians, partners and mothers pay more attention to postpartum wellness and risk factor screening, particularly among those with larger numbers of births.

In addition, the new study does not suggest a cause and effect relationship between pregnancy itself and heart disease. “Both biological and social factors are likely the culprits in raising heart disease risk,” says Erin D. Michos, M.D., M.H.S., associate professor of medicine at the Johns Hopkins University School of Medicine, and director of the women’s cardiovascular health program at the Ciccarone Center for Prevention of Cardiovascular Disease. She says that women with more children may have less time to exercise or prepare healthy meals, or may focus on taking care of their children at the expense of their own health.

Also, women gain weight during pregnancy. This raises blood fats and increases resistance to insulina hormone that controls blood sugar levels, which may all play a role in increasing heart disease risk. Women with multiple pregnancies may find it harder to get back to their pre-pregnancy weight after each pregnancy, and this weight gain during their childbearing years often stays with them into later life.

The good news, the investigators say, is that many risk factors for heart disease can be reduced through lifestyle or medical interventions.

“Pregnancy is a critical time with so much focus on the baby that we need to make sure we aren’t neglecting mothers,” says Michos. “We want to emphasize that postpartum plans should include customized strategies to help mothers maintain their heart health.”

Heart disease remains the number one cause of death for women in the U.S., according to the National Institutes of Health.

Women with five or more births at risk for poorer cardiovascular health later in life. Click to Tweet

For the study, Michos and her team used survey and medical record data from the U.S. government-funded Multi-Ethnic Study of Atherosclerosis. Between 2000 and 2002, the government’s study organizers recruited 3,430 women between 45 and 84 years old in the U.S., who underwent a physical exam, gave blood samples and completed surveys about their health habits. Thirty-eight percent were white, 28% were African American, 23% were Hispanic and 11% were Chinese American. Each participant reported their number of live births, which included Caesarean section births. Some 18% of women reported no births, 39% had one or two, 19% had three or four, and 13% had five or more births.

The Johns Hopkins researchers sifted through the study participants’ recorded data and assigned a heart health score between 0 and 2 for each of seven well-established risk factors, including smoking, physical activity, body mass index (BMI), diet of heart-healthy foods, blood pressure, total cholesterol and blood sugar. A score of 0 correlated with a poorer measurement for each risk factor, 1 was associated with an intermediate level and 2 was the best performance for each factor. Then, the scientists added all seven scores for each patient to come up with a total heart health score.

Overall, women with five or more births were more likely to be Hispanic, more likely to have high blood pressure or blood sugar, and reported lower incomes.

“The next steps for this research will be to design a study to determine if there is a causal relationship between higher number of live births and poorer cardiovascular health,” says Oluseye Ogunmoroti, M.D., M.P.H., the lead author and biostatistician in the Ciccarone Center, “in addition to exploring the biological mechanisms by which more live births may worsen cardiovascular health.”

The researchers don’t have any conflicts to report.