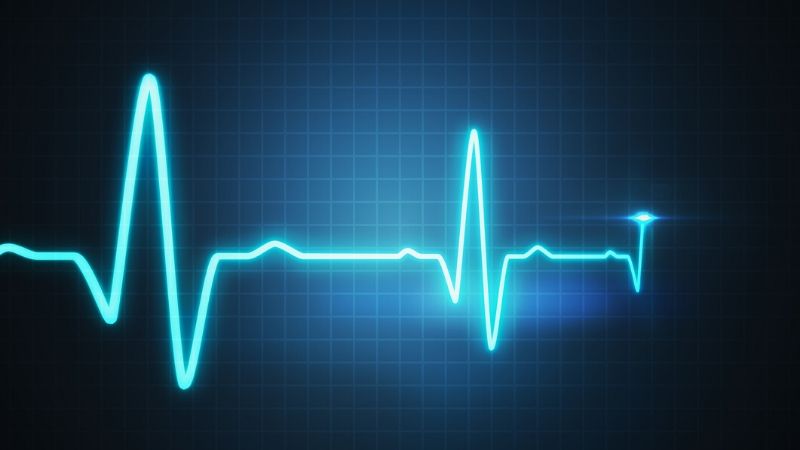 The success of antiretroviral therapies has extended the lives of people living with HIV, long enough for other chronic health conditions to emerge, including a recently documented uptick in sudden death. Now, in a study comparing medical information and portable EKG patch data from men living with HIV to men without it, Johns Hopkins Medicine researchers  and collaborators report they have found more variability of the electrical “reset” period between heartbeats -- known as the QT interval --  in men living with the virus, which may contribute to the increased risk of sudden cardiac deaths.

A report on the findings was published online Nov. 11 in the journal Circulation and presented Nov. 17 at the annual American Heart Association Scientific Sessions meeting in Philadelphia, Pennsylvania.

“The take-home message to patients and providers at this time is that it’s still most important to treat early and control HIV infection with antiretroviral therapies, stick to therapy and continue to monitor virus levels,” says lead author Amir Heravi, a medical student at the Johns Hopkins University School of Medicine. “Also, people should work to reduce traditional cardiovascular disease risk factors by following a healthy diet, keeping fit, quitting smoking and treating diabetes to compensate for any additional burden of HIV on the heart.”

The researchers say, if further studies confirm and extend their findings, physicians may eventually be able to use this measure of erratic electrical activity in the heart  to more precisely assess a person’s risk for sudden cardiac death, and identify ways to intervene to hopefully limit or stop risk.

According to Heravi, the increase in sudden cardiac death in people living with HIV was first substantially documented in 2012 in an HIV clinic in the San Francisco Bay area, but the biological roots of the increase have remained unclear. In a bid to learn more, the Johns Hopkins researchers used data collected from the National Institutes of Health Multicenter AIDS Cohort Study (MACS), an ongoing 30-year study that follows the health of gay and bisexual men from four US cities. Specifically, they focused on medical information gathered from 534 men without HIV infection, and 589 men living with HIV, of whom 83% had undetectable levels of the virus in their blood as a result of antiretroviral therapy.  Some 61% of the men self-identified as white, 25% as African American and 14% as Hispanic or “other.” Participants were an average age of 57, and those with HIV had been treated for the disease for approximately 13 years.

Each participant wore a portable electrocardiogram (ECG) “patch” device to continuously measure heart rhythms. The researchers analyzed 3-4 days of data on the intervals between beats, when the electrical signals that drive heart rhythms are not firing. This electrical relaxation phase, during which the heart is preparing to send another pulse for a new beat is known as the QT interval. Variations in the length of time of the QT interval between each heartbeat in each person are well documented, and greater variation is known to increase risk for abnormal and sometimes fatal heart rhythms.

The researchers used a calculation that takes into account the heart rate and the QT interval ultimately to calculate the QT interval variability. Although a universal threshold between healthy and unhealthy levels hasn’t yet been adopted, it’s generally accepted that higher values translate to more heart disease and higher risk, the researchers say. They found that compared to men without HIV, men with HIV had a more variable QT interval, 0.077 greater than what would be expected for their heart rate variability. Moreover, they found this variability was also linked to the amount of virus each man carried, as measured with a blood test. The men living with HIV, but with undetectable HIV virus had an average QT interval variability of just 0.064 greater than men without HIV, whereas men with higher levels of virus had an average of 0.150 greater QT interval variability.

None of the participants experienced sudden cardiac death during the short study period. “As far as we know, our study looked at QT interval data measured during a longer period than any other,” says senior study report author Katherine Wu, M.D., an associate professor of medicine at the Johns Hopkins University School of Medicine. “This was thanks to the availability of the new portable ECG patches that we could now record and analyze the heartbeats long enough to detect these changes that were associated with HIV infection.”

Next, the team compared information in ways that might show how strongly the HIV link is to the QT interval variation compared to other risk factors for cardiovascular disease, such as high blood pressure, opioid use, high cholesterol levels, obesity, smoking and diabetes. Overall, they say, the data suggest that the extent of abnormal electrical relaxation variation in the heart in men living with HIV infection was comparable to that of 8 years of aging in those without detectable virus in the blood and close to 20 years of aging in those with detectable virus.

“Living with HIV with detectable virus was linked to a larger effect on QT interval variation than any other cardiovascular disease risk factor included in the study, except for diabetes,” says Wendy Post, M.D., M.S., another senior study author and professor of medicine at the Johns Hopkins University School of Medicine.

Separately, the researchers collected blood samples from the participants and analyzed them for known inflammatory molecules. They found that men with HIV had 14% more of the inflammation marker IL-6, and 22% more sCD163 compared with men who didn’t have HIV. They found these higher levels of inflammation were also associated with more QT variability and arrhythmia risk. As men living with HIV are known to have higher levels of inflammation, the researchers say, this finding could explain how HIV infection and the electrical system of the heart may be connected.

“HIV puts people in a state of chronic heightened inflammation and that might be a major contributor to why the heart is prone to abnormal rhythms,” says Heravi. “However, inflammation would only partly explain our findings and our results showed even after adjusting for effects of inflammation, HIV infection was associated with higher QT variability. We think it may be a combination of the virus and the body’s reaction to the virus via inflammation that ultimately contributes to an increased risk of sudden cardiac death.”

Approximately 1.1 million people in the U.S. have HIV infections, according to the U.S. Centers for Disease Control and Prevention.

This study was supported by the National Institute of Allergy and Infectious Diseases (U01-AI35039, U01-AI35040, U01-AI35041, U01-AI35042, UM1-AI35043), National Heart, Lung, and Blood Institute (RO1-HL095129) and National Center for Advancing Translational Sciences (UL1-TR001079). COI: Brown has served as a consultant to Gilead Sciences, Merck, Theratechnologies and EMD-Serono. Additional disclosures from non-Johns Hopkins authors can be found in the paper.