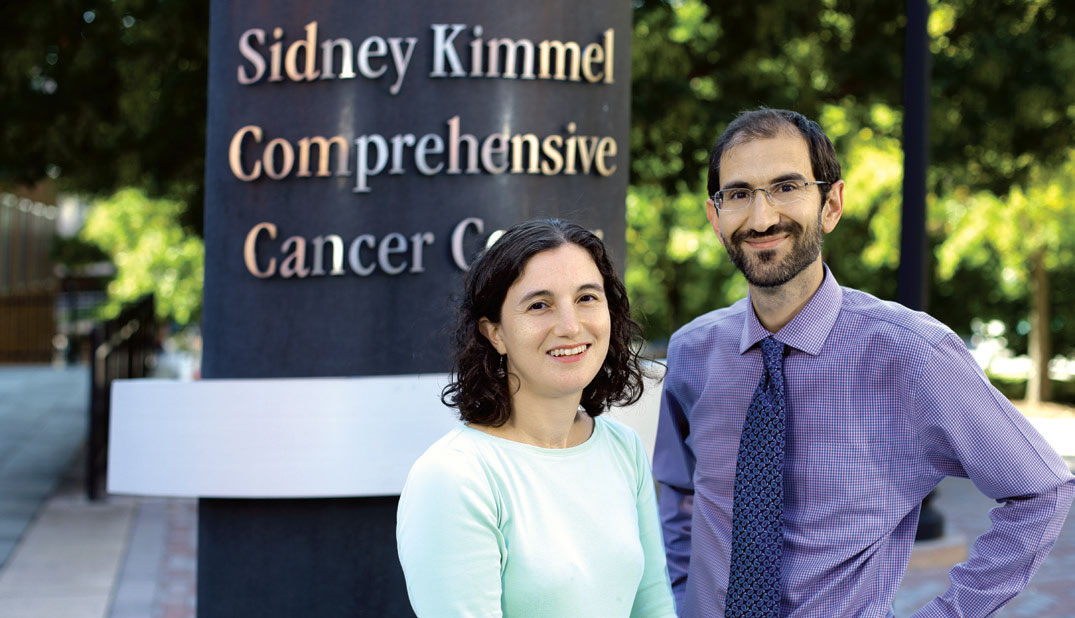 ALL FOUR MEN WHO RESPONDED WELL HAPPEN TO HAVE A FAULTY DNA REPAIR GENE.

Among prostate cancer’s most effective weapons are immune checkpoints: natural compounds that cancer hijacks to trick the body into leaving it alone to grow and spread. Imagine a tiny version of the iron “boot” placed on a car with unpaid parking tickets. That’s a checkpoint, and in this case it’s on the T cells – the immune system’s mightiest soldiers, whose job is to attack foreign invaders. Cancer uses multiple checkpoints, each tethering part of a T cell, like the ropes the Lilliputians used to restrain the giant Gulliver. Checkpoint inhibitors are new drugs that cut the ropes and wake up the sleeping T cells. In clinical trials, these drugs have achieved spectacular results – in some, but not many, people with metastatic cancer. Each checkpoint inhibitor works on a particular checkpoint, like a key in a specific lock. There is no master key to release all the shackles at once and unleash the T cells, no single checkpoint inhibitor that works equally well in everyone. This may be because some cancers have different checkpoints involved, or because the genetic profile of the cancer is somehow different.

How about combining these drugs? Are two checkpoint inhibitors better than one? That’s what Brady scientists Emmanuel Antonarakis, M.D., Jun Luo, Ph.D., Charles Drake, M.D., Ph.D., (now at Columbia University) and colleagues suspected, and they have been testing this hypothesis in a small clinical trial – with exciting results. The patients in their trial are men who have developed a mutated androgen receptor called the AR-V7 variant (discovered at Hopkins by Luo and Antonarakis, who also have developed a blood test for it). “Patients who have the AR-V7 variant respond poorly to the androgen receptor-targeting drugs, abiraterone and enzalutamide, and may also show poor responses to the chemotherapy drugs, docetaxel and cabazitaxel,” says Luo. “There is a great need for new drugs to help these men.”

In their clinical trial, the investigators treated AR-V7-positive prostate cancer patients with a double-shot of two checkpoint inhibitors, ipilimumab and nivolumab, which have worked well individually. “Encouragingly,” says Antonarakis, “four of the 15 patients who received the combination immunotherapy achieved favorable tumor-killing responses, with PSA levels dropping and metastatic tumors shrinking.”

The investigators found that all four men who responded well happen to have a particular type of genetic mutation: a faulty DNA repair gene. DNA repair genes, such as BRCA1-2, are part of the body’s genetic maintenance crew; their job is to detect and fix mistakes before they can cause damage. “Based on these early promising results, we plan to expand our clinical trial to 15 additional patients,” says Antonarakis. If the results hold up, “we will begin to design larger trials to test the combination of ipilimumab plus nivolumab in men with AR-V7-positive prostate cancer.” This work was presented at the 2017 annual meeting of the American Society of Clinical Oncology (ASCO).

“When one of these genes is defective,” explains Lotan, “it can cause many DNA mutations to accumulate within a tumor. In colon cancer, these mutations cause the expression of many abnormal proteins that actually catch the interest of the patient’s immune system.” The body’s response is foiled by the checkpoints: the T cells are kept from noticing – and killing – these weird-looking cancerous cells.

But another checkpoint inhibitor, called pembrolizumab, is achieving dramatic, long-term responses in some men with prostate cancer – men who have mutated DNA repair genes in their metastatic cancer. “Pembrolizumab can reactivate the immune response in these men,” says Lotan. Her group is among the first to characterize prostate tumors with deficiencies in the mismatch repair proteins. In collaboration with the University of Washington, “we found that tumors with mismatch repair defects comprise nearly 10 percent of very high-grade tumors. We also showed that these types of prostate tumors do have a higher number of immune cells,” which correlates with a higher number of mutations. They also demonstrated that only some tests that look for mismatch-repair mutations work well in the setting of prostate cancer. These results have exciting implications that “will help us identify the men with metastatic prostate cancer who are most likely to be greatly helped by checkpoint inhibitors.” This work was published in Clinical Cancer Research.