For many gynecologic cancers, the traditional therapies—surgery, chemotherapy and radiation—offer only a temporary fix. When the disease recurs after each round of treatment, patients eventually run out of options.

Part of the reason gynecologic and many cancers are so difficult to treat is their inherent skill in evading the immune system. While helper T cells and other components of a healthy immune system work together to identify and eliminate many other types of dangerous and deadly cells by probing their surfaces for foreign proteins, cancer cells have the ability to cloak themselves in proteins displayed by healthy cells—a type of “identify theft” that keeps them hidden from immune discovery and destruction.

However, says Amanda Fader, director of the Johns Hopkins Kelly Gynecologic Oncology Service, a new type of immunotherapy offers patients a potentially effective weapon in the cancer battle that could give them a chance for prolonged remission or even eradicate some cancers completely.

“Immunotherapy has been one of the most exciting breakthroughs in cancer care that we’ve seen in decades. Impressive responses have been observed in patients with melanoma, lung, colorectal, and now, gynecologic cancers,” Fader says.

Recently, Fader and her Johns Hopkins gynecologic oncology colleague Edward Tanner experienced this firsthand in a phase II clinical trial at Johns Hopkins on which they served as co-investigators with Dung Le and Luis Diaz from the Johns Hopkins Kimmel Cancer Center. The trial tested the effectiveness of pembrolizumab, or anti-PD-1, a monoclonal antibody that’s a checkpoint inhibitor, a relatively new class of immunotherapy that allows helper T cells to recognize cancer cells. 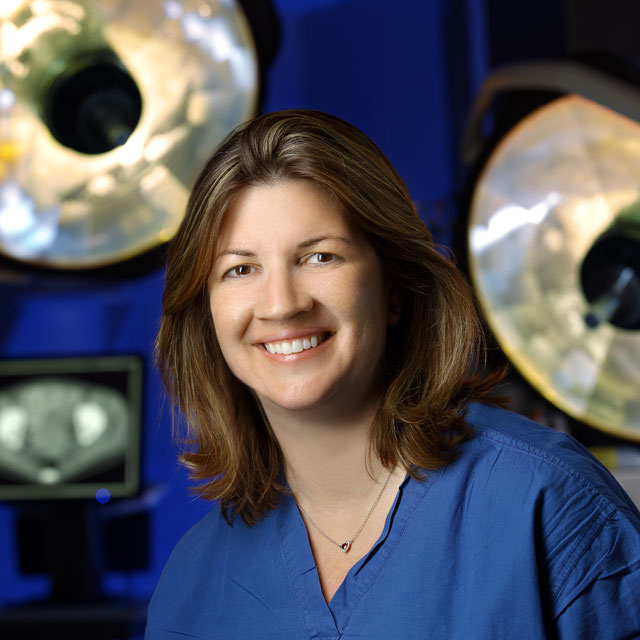 Administered intravenously, pembrolizumab allows the immune system to identify and destroy cancer cells. Although the trial included just 10 women with recurrent endometrial cancer, all of whom had already undergone multiple traditional lines of treatment, the results in this small pool were exciting, says Tanner. Seven of the patients responded positively, with endometrial tumors either dramatically shrinking or disappearing completely, and one patient’s disease stopped progressing.

“This type of response rate is very promising,” Tanner explains. “At most, we’d expect to see only about a quarter of patients with recurrent endometrial cancer respond to chemotherapy in this setting. And tumors that are hypermutated may have the best responses to checkpoint inhibitor therapy.”

Fader, who will lead a new trial investigating this therapy in a larger number of patients, says that checkpoint inhibitors and other immunotherapies could eventually be the treatments that turn the corner for many patients in the fight against cancer.