In Bladder Cancer, the Subtype Matters 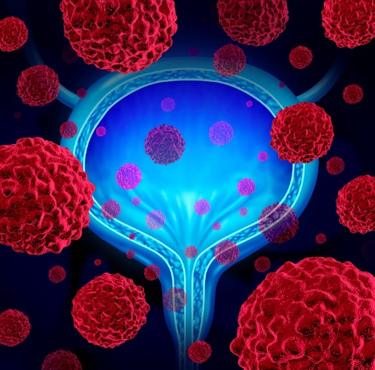 The way we think about bladder cancer has been transformed. The revolution in thought, led by Greenberg Bladder Cancer Institute scientists David McConkey, Ph.D., and Woonyoung Choi, M.S., Ph.D., Director of Genomics, is this: there are different molecular subtypes of bladder cancer – each with distinct biological and clinical characteristics. Not only may they behave in significantly different ways; they may respond better to different forms of treatment.

In research with investigators at a number of institutions, Choi and McConkey have found similarities between these molecular subtypes and the basal-like and luminal subtypes of breast cancer. “These studies have dramatically transformed our understanding of bladder cancer,” says McConkey. As part of The Cancer Genome Atlas (TCGA) Bladder Cancer (BLCA) Analysis Working Group, McConkey published an updated description of these molecular subtypes based on data generated from more than 400 bladder tumors. “Of particular interest,” he says, “was our identification of a new neuronal/neuro- endocrine subset of the basal-like cancers. This particular form of cancer proved to be extremely aggressive in patients who were treated with conventional chemotherapy.” Clearly, a more specific approach is needed.

“A major objective for ongoing research is to develop tests to subtype bladder cancers in the clinic,” says McConkey. With TCGA investigators including Seth Lerner, Jaegil Kim, David Kwiatkowski and Joshua Meeks, McConkey is actively working to develop such a test. In a recent trial, patients with the neuroendocrine subtype responded to Genentech’s new immune checkpoint inhibitor, atezolizumab, with very encouraging results: “The group of patients who had the worst survival outcomes with conventional therapies had the best outcomes with atezolizumab. This observation strongly supports the aggressive further evaluation of immune checkpoint inhibitors in patients with small cell/neuroendocrine tumors.”

In international meetings, McConkey and Choi have helped come up with a “robust” group of five subtypes of bladder cancer; this is expected to be published soon. “This project has also inspired a collaboration among investigators at the GBCI, the Pasteur team, and Eva Comperat (Tenon Hospital, Paris) to use sequencing to deeply characterize larger numbers of small-cell and neuroendocrine tumors,” McConkey notes.

These five subtypes may be just the beginning, he adds: “It also appears that analyses of larger numbers of tumors will reveal additional layers of complexity.” Recently, Choi, working with Seungchan Kim of Prairie View A&M University, discovered that “there are two distinct subsets of basal tumors that are associated with dramatically different biological and clinical properties. Specifically, these two subsets showed the opposite chemotherapy responses. One basal subset received the most benefit from cisplatin-based chemotherapy, whereas the other basal subset was resistant to it.” Some of this work by McConkey and Choi was published in Cell.