Inherited Mutations May Play a Role in Pancreatic Cancer Development 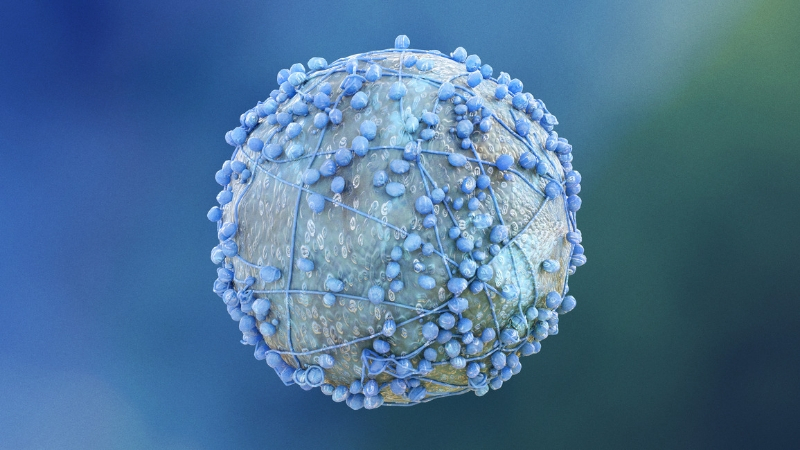 A small, retrospective study has found that, in patients with particular pancreatic duct lesions, the presence of an inherited mutation in a pancreatic cancer susceptibility gene may increase the patients’ risk of developing pancreatic cancer. To verify these results and learn more about the development of this deadly cancer, the researchers recommend more genetic studies. Their hope—in line with the goals of precision medicine—is to eventually find a better way to guide patient care, dividing patients, for example, into those who need regular screening versus immediate surgery or other early interventions.

“To our knowledge, no one had looked at inherited mutations in this at-risk patient population before. Though limited in scope, this study was a necessary first step in evaluating the role of inherited mutations in the development of pancreatic cancer in patients with a specific type of precursor lesion,” says study senior author Nicholas Roberts, Ph.D., an assistant professor of pathology at the Johns Hopkins University School of Medicine and an assistant professor of oncology at the Johns Hopkins Kimmel Cancer Center.

A summary of the findings was published in the journal Gastroenterology on Feb. 1, 2019.
Pancreatic ductal adenocarcinoma (PDAC) is the third deadliest form of cancer in the U.S., with a five-year survival rate of only 8 percent. It arises from cells lining the duct that carries digestive enzymes, made by the pancreas, into the small intestine. The change from healthy cells to invasive tumors involves an intermediary stage of noninvasive precursor lesions. One type of precursor lesion is called an intraductal papillary mucinous neoplasm, or IPMN. This fingerlike growth, over 1 centimeter in size, produces excessive amounts of mucin, a sticky protein found in mucus, that can clog the duct and cause the pancreas enzymes to start digesting the organ itself, causing severe pain. But not all IPMNs produce noticeable symptoms.

Up to 70 percent of IPMNs that occur in the main branch of the pancreatic duct become malignant PDAC, but it is unclear which factors play a role in the transition. Since approximately 5 percent of patients with PDAC have inherited mutations in known pancreatic cancer susceptibility genes, Roberts and his colleagues wanted to see how many patients with IPMNs carried these mutations and other cancer mutations.

The team extracted DNA from nontumor tissue taken during IPMN removal from 315 patients over the last 20 years. They then analyzed the sequences of 94 genes from each sample, using commercially available kits (costing several hundred dollars each), to look for mutations associated with cancer risk.

Of the patients, 23, or 7.3 percent, had a mutation in one or two of the tested genes, and for nine of them, or 2.9 percent, the mutation was in a gene specific to pancreatic cancer susceptibility. When considered together and compared to a genetic database of more than 50,000 people, neither the overall cancer-related nor the pancreatic-specific mutation frequencies in the IPMN patients were higher than in the broader population. According to Roberts, this finding is consistent with studies of inherited mutations in patients with PDAC.

“Our study only included patients with IPMNs advanced enough to need surgery, so we can’t draw broad conclusions,” Roberts says, “but the evidence warrants a more comprehensive, prospective study of inherited mutations in all IPMN patients to further elucidate their role in the development of pancreatic cancer.”

The authors report no conflicts of interest.