Interview: John Campo, Director of the Division for Child and Adolescent Psychiatry

Has the impact of the coronavirus triggered an increase in suicide attempts and deaths among children and adolescents? John Campo discusses this and other issues during National Suicide Prevention Month. 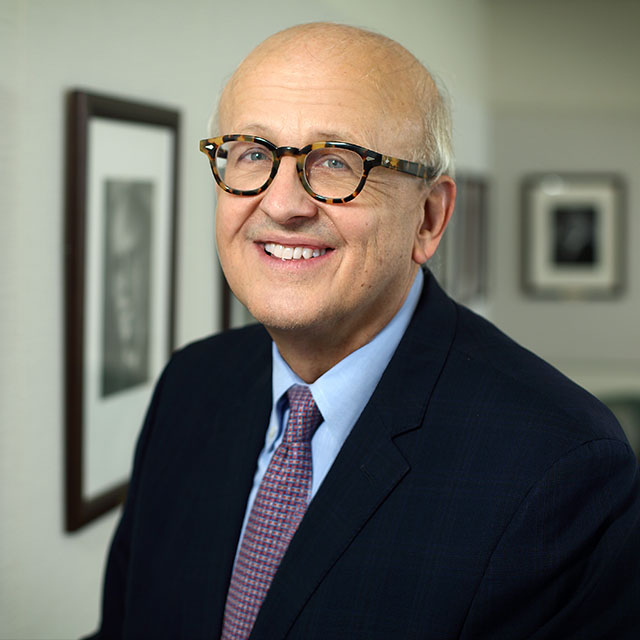 John Campo, Director of the Division for Child and Adolescent Psychiatry

How has the coronavirus pandemic affected children and adolescents?
During the pandemic, people have been more socially isolated; there has been less peer and community support, as well as school and work closures; weak economic activity and financial strains; and harder access to health services. We’ve also seen grief and trauma related to deaths caused by COVID. I don’t think there’s any question children and adolescents have been more vulnerable during the pandemic — there’s been a tremendous amount of social isolation: not going to school; not being with their friends and using social media more; and experiencing more anxiety and depression. People have been afraid that will result in a huge increase in suicide in the United States, and for good reason. I’ve been tremendously worried about this from the get-go.

Have suicide rates increased for children and adolescents during the pandemic?
We have some signals that suicidal thinking and, maybe, suicide attempts have gone up a bit in girls, but they may or may not translate into actual suicide deaths. Does that mean they won’t go up in the post-pandemic period? No, it doesn’t, and I’m worried about that. For now, the data doesn’t support our saying, “Wow, we’ve got this huge burst of suicidal behavior.” We have to be very careful that we don’t create this nexus that the pandemic has been stressful, and a lot of your peers are choosing suicide or suicidal behavior as a way to cope.

What does the data show?
Pandemic or no pandemic, suicide is the second leading cause of death in this age group. To put it in perspective, suicide kills way more kids than infectious disease does each year. In fact, if you add up all the other causes of death, from age 10 into the 30s, suicide kills more people than cancer, heart disease, respiratory illness, and every type of infection — including HIV — combined. Suicide kills one out of five children in those age groups. Importantly, one of the things we do know is that contagion is real when it comes to suicide risk, and young people are particularly vulnerable to contagion.

Are we seeing distinctions in suicide rates among different races and genders?
An adult psychiatrist here who studies the epidemiology of suicide, Paul Nestadt, has found suicide rates to be generally flat in Maryland — no increase, no decrease. But breaking it down by race, he sees a pretty significant decrease in whites and a slight increase in Blacks over the early part of the pandemic. Certain groups seem to be more vulnerable to the pandemic, including younger people and females, along with individuals from minority groups who are bearing more of the brunt of the pandemic’s effects. We know that girls make many more suicide attempts than males, but are much less likely to die because they are less likely to use firearms.

What can parents do to help reduce those risks?
You want to make sure that whatever environment your child is going to be in, there isn’t access to lethal means — the most serious thing being firearms. About half of suicides in the United States are firearm related. If you look at people who actually die by suicide, most people die on their very first attempt. If they have access to a method like a firearm, the likelihood of dying on the first attempt is even greater.

What can community pediatricians do?
A lot of them here are already conducting their own assessments and screening for suicide risk. The first thing is to determine if the child is at immediate or acute risk. Certainly, we want them to know the places to refer patients in our community. Whether you’re a pediatrician or parent, if you have a kid who you think is really in crisis, you do not want to leave them alone until you’ve adequately assessed them. Also important is that preventing fatalities means practicing restriction. How do you ask people if there are guns in the home? If you learn that’s the case, talk to them about removing the guns. If they’re unwilling or unable to remove them, be sure to ask if these parents properly secure them. In some of the studies we’ve done, where there have been completed suicides, the guns were not secured. Locking up the firearms does make a difference.

How else have pediatricians made a difference?
One of the ways in which pediatricians have stepped up is deciding to integrate mental health services into their practice, working with a safety net. Increasingly, pediatricians are paying attention to patients’ attentional problems, learning struggles, anxiety and depression, which they weren’t addressing 30 or 40 years ago. Today, that’s what the smart pediatricians worry about all the time.

What are we doing in the Children’s Center to reduce suicide risks?
Number one, we’re using a validated screen developed by the National Institute of Mental Health, to screen kids who come into the emergency department for potential suicide risk. If a patient screens positive, he or she is assessed by a social worker or one of our psychiatrists, to determine whether that person is at low, medium or high risk for committing suicide. We also work with families and those at risk to apply a safety plan. We know that people who are suicidal most often are ambivalent and at any one moment may want to live or die more. We help them recognize the triggers that get them into that negative space, and train them to develop ways to distract themselves from going there. We ask them to make a list of people they can call and meet with to get through that negative space. We make sure they have the suicide prevention lifeline number, which they can call at any hour of the day or night.

Is medicine doing the best it can to reduce the risk of suicide?
Even if we take the pandemic off the table, sadly, we have been asleep in health care when it comes to assessing the risk of suicide in children and adolescents. In most emergency departments (EDs), there is not a specialized system to deal with mental health crises. We don’t provide any treatment in the ED; we don’t do family therapy. It’s basically a brief assessment and triage. If we think this child is in danger now and may kill himself in the next couple of days if we release him, we wait for an acute inpatient psychiatric bed. One of the big problems we have across the country is this issue of psychiatric boarding, where we keep them for days — and sometimes weeks — in the ED because there’s not an acute inpatient psychiatric bed. We have not thought about this as a public health problem. If there had been an infectious disease that was killing 7,000 children and adolescents every year, we’d be in a panic, and the EDs would be designed to deal with these patients.

What are the answers?
I think we need to take this public health problem seriously. It’s a systemwide issue. Starting in our EDs, we need to have a specialized team that deals with individuals presenting with a mental health crisis, who oftentimes are young people at risk for suicide. If you come into the ED with an ear infection, you are treated first and then go to outpatient care. We haven’t done this as aggressively as we should in psychiatry, largely because the resources aren’t there. Several of our young faculty are very much engaged with our colleagues in general pediatrics, at the Harriet Lane Clinic and at Johns Hopkins Bayview, training pediatric residents to recognize and manage problems such as depression and to do a better psychiatric assessment as a pediatrician. We also have general pediatrics residents assigned on a regular basis to our pediatric psychiatry consult service at the Children’s Center. They work with our lead consultation psychiatrist to take care of kids who are hospitalized and who show up in our ED. We’re also trying to do a better job of educating pediatricians, making sure that they have decision-support materials that help them provide state-of-the-art care. We try to provide a safety net for them when they have questions, or when a patient isn’t getting better.

Are there any research projects underway?
We’re conducting studies in this area and are currently waiting to hear back about a grant that would allow us to do a better job of evidence-based safety planning for kids who present with suicidal thinking in our emergency department. Also, we recently wrote a paper that showed an association between getting services within a week of discharge and a lower risk of suicide. Those kids who saw a mental health professional within seven days of discharge were less likely to die by suicide than those who didn’t receive timely follow-up. It shows that what we do matters; contact matters; and the quality of our services across levels of care matter. It’s not like you can just hospitalize a kid, and everything is going to be okay.