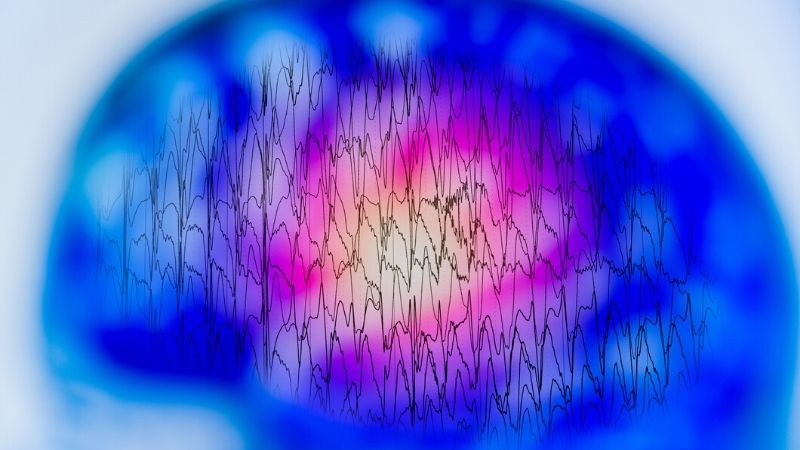 Imagine not being able to drive, shower alone or even work because you are never quite sure when the next seizure will leave you incapacitated. Hope may be on the horizon for epilepsy patients who have had limited success with seizure drugs. In a study, led by a Johns Hopkins lead investigator, of 437 patients across 107 institutions in 16 countries, researchers found that the investigational drug cenobamate reduced seizures 55% on the two highest doses of this medication that were tested over the entire treatment period.

The findings of this trial were published Nov. 13 in The Lancet Neurology.

Currently, more than 20 anti-seizure drugs are on the market, but approximately 40% of people with epilepsy — a chronic seizure condition — don’t become seizure free on these traditional medications. And while 15 new epilepsy drugs have become available since 1993, none of these have a seizure-free rate greater than 5% among people with treatment-resistant epilepsy.

Cenobamate, which has not been approved by the Food and Drug Administration (FDA) or brought to market yet, is being studied for treating a specific type of seizure in adults who don’t yet have them controlled by other treatments. In this specific seizure type, known as partial-onset seizures, the electrical disturbance is limited to specific regions of the brain. Although cenobamate hasn’t been priced yet, most of the newer anti-seizure drugs that come on the market can cost between $10,000 and $20,000 per year.

“A quarter of the patients I treat with this drug [cenobamate] who were disabled by frequent partial-onset (focal) seizures now have been seizure free for several years,” says lead investigator Gregory Krauss, M.D., professor of neurology at the Johns Hopkins University School of Medicine. “It is wonderful to see the improvement in many of my patients’ lives. They have improved confidence and can live more normal lives. Many can now work, and both patients and caretakers can be more independent.”

For the study, the researchers gave 437 participants 100, 200 or 400 milligrams of cenobamate or a placebo pill. The cenobamate dose was ramped up slowly for up to six weeks until the testing dose was reached. This was followed by a 12-week maintenance phase. The participants were all adults who were already taking up to three anti-seizure medications, and all had a history of eight or more seizures during the previous eight weeks.

While the investigational drug seems promising, Krauss cautions that typically something like 30,000 or more patients need to be treated before all the safety information will be known. The study simulates regular treatment, but to meet FDA ethical standards, participants must remain on their previously prescribed anti-seizure drugs without dose changes. This requirement often results in frequent, though usually temporary mild or moderate, adverse events with symptoms such as dizziness, headache and double vision. One severe allergic reaction (known as DRESS) was reported. After this study, medication doses were adjusted to customize treatment for each patient’s needs.

Additional authors of the report are Pavel Klein of the Mid-Atlantic Epilepsy and Sleep Center in Bethesda, Maryland; Christian Brandt of the Mara Hospital in Bielefeld, Germany; Sang Kun Lee of the Seoul National University Hospital in South Korea; Ivan Milanov of Medical University Sofia in Bulgaria; Maja Milovanovic of the University of Belgrade in Serbia; Bernhard Steinhoff of the Kork Epilepsy Center in Germany and Marc Kamin of SK life science.

This study was funded by SK life science.

Krauss is a consultant or adviser for Eisai, Otsuka and Shire, and he has received research support from Biogen, SK life science and UCB. Other non-Johns Hopkins faculty conflicts are described in the journal article.