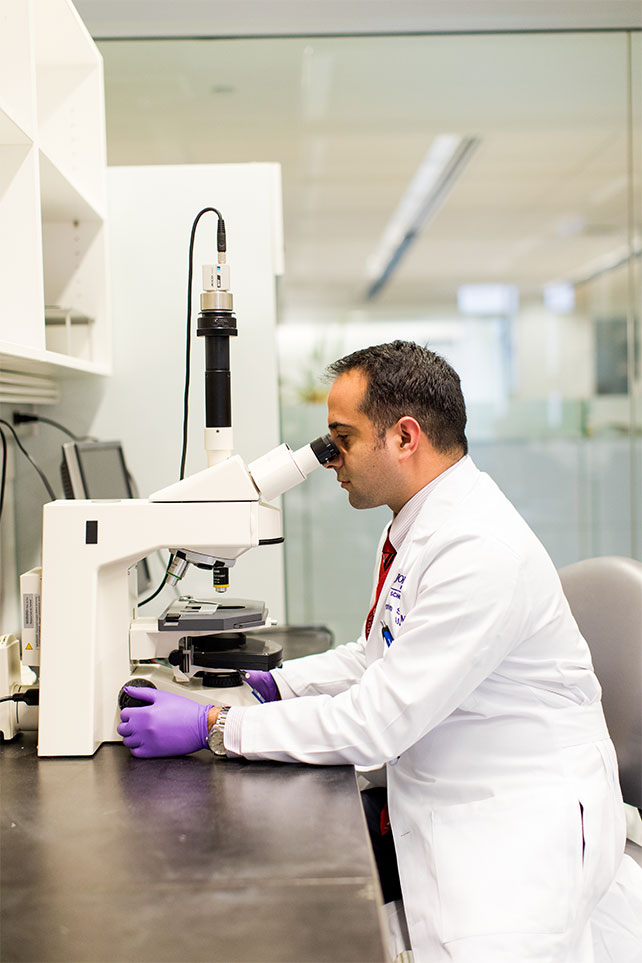 This study is the first to link immunotherapy for cancer with reduced sperm-producing cells.

In a first-of-its-kind study, Brady scientists have shown that immunotherapy for cancer can have a major impact on sperm production. These findings were published in Journal of the American Medical Association (JAMA) Oncology (JAMA Oncol. 2020 Aug 1;6(8):1297-1299).

“Many forms of cancer therapy can be detrimental to fertility, if the therapy disrupts the reproductive tract, damages sperm-producing cells in the testis, or diminishes the testosterone-producing activity of the testes,” says Brady urologist Amin Herati, M.D., Director of Male Infertility and Men’s Health and senior author of the study.

“Our findings have potential major implications for the use of immunotherapy among men who are planning on having children,” Herati adds. Additional research is ongoing to confirm these findings.