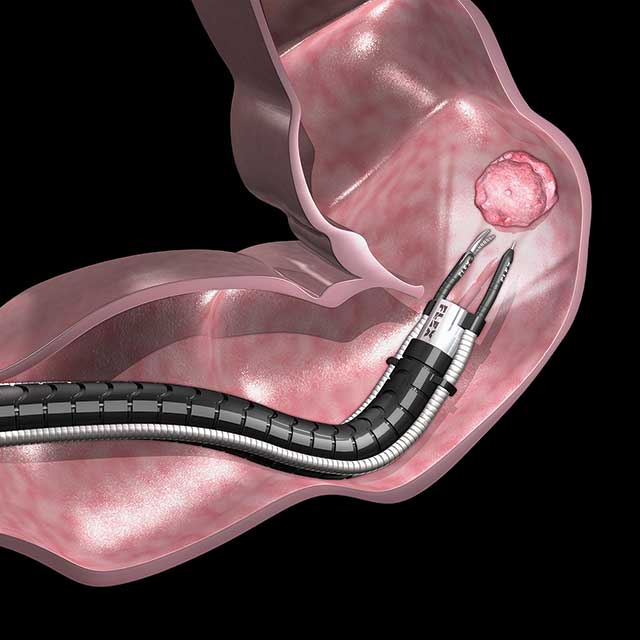 Thus far in the United States, robotic endoscopy has been limited to the sorts of things possible with a rigid scope and instruments.

“For therapeutic uses, the flexibility just hasn’t been there,” says Mouen Khashab, director of therapeutic endoscopy at The Johns Hopkins Hospital.

At Johns Hopkins, that’s about to change.

Khashab and several of his colleagues at Johns Hopkins have spent months training on the first-ever FDA-approved flexible robotic endoscope.

“It’s a minimally invasive alternative to surgery,” he says. “From start to finish, the robot gives the physician control and increased efficiency and precision.”

When it comes to difficulties in therapeutic endoscopy, challenges posed by anatomy have largely been the main culprit.

Often, gastroenterologists recommend surgery in the case of larger tumors, not because mass can’t be excised, but because of what that resection leaves behind. Manual endoscopic suturing of large holes left after resection often presents a challenge, especially in anatomically difficult areas of the colon. 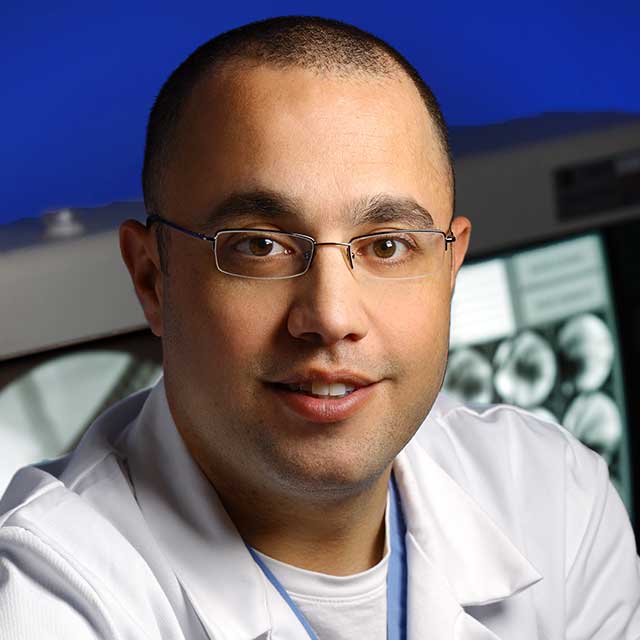 “It’s a minimally invasive alternative to surgery. From start to finish, the robot gives the physician control and increased efficiency and precision.” -Mouen Khashab

“When a surgeon performs a full-thickness resection, that surgeon isn’t concerned about the big hole he or she has just made,” says Khashab. “It’s right there and it’s easy to suture.”

But manually maneuvering a scope and its suturing device to close a hole can be difficult and unpredictable, says Khashab, who estimates that Johns Hopkins will offer patients the flexible endoscopy option by early this year. “The robot will give us confidence that we’ll have reliable closure after a procedure.”

Though endoscopy has revolutionized the field of gastroenterology, there are still challenges. Intestinal folds can obscure a scope’s field of vision, making it difficult for the endoscopist. Excessive force applied to intestinal walls and endoluminal linings can result in tissue trauma. And the controls of manually operated scopes are modelled after laproscopic surgical tools, which can cause ergonomic difficulties for the endoscopist.

Robotics improve on each of those factors, even offering a more natural “feel” for the endoscopist, via haptic feedback and improved precision.

Khashab cautions that, because the technology is still in its infancy, flexible endoscopy won’t replace surgery entirely.

“The new scope is only able to reach 30 centimeters into the colon,” Khashab says. “The manufacturers are working on making the robot better able to reach further, but they aren’t there yet.”

Still, he says, the new robotic system will be an option for many patients.

“We’re very excited to start offering this as an alternative to surgery,” says Khashab. “Greater precision and control are what make flexible endoscopy so promising.”