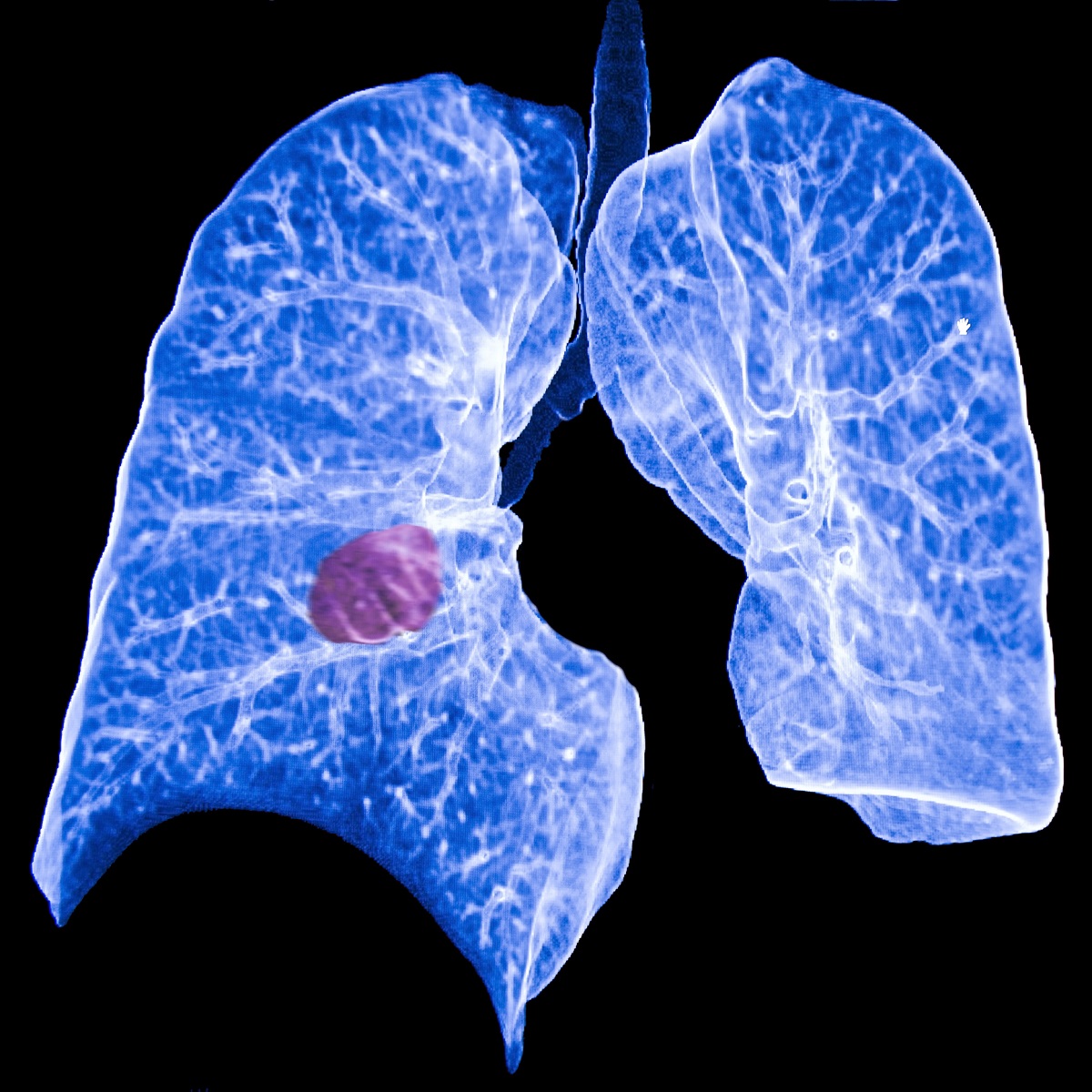 Program provides best possible care for patients while offering opportunities to participate in cutting-edge clinical trials, including those involving immunotherapies.

When Johns Hopkins investigators discovered that some patients with early-stage lung cancers who received immunotherapy prior to surgery had dramatic responses, they used it as a springboard to launch additional studies of neoadjuvant therapies.

In a small study of 21 lung cancer patients with operable tumors given two doses of the anti-PD-1 immunotherapy drug nivolumab up to four weeks before surgery, nine patients had a 90 percent or more reduction in the size of their tumors, and all patients had signs of immune cells rushing to the area. These findings were published in the April 2018 issue of the New England Journal of Medicine.

“In some patients, even those who didn’t have a significant pathologic response, there was evidence that their immune system had been stimulated against abnormalities in the tumor,” says lead study author Patrick Forde, director of the Thoracic Cancer Clinical Research Program at Johns Hopkins. “These were very exciting findings that have led to a lot of other studies worldwide, including at least four international phase 3 trials evaluating neoadjuvant immunotherapy in lung cancer.”

Several follow-up studies have been conducted by Johns Hopkins investigators, including work directed by pathology resident Tricia Cottrell demonstrating that tumors respond differently to immunotherapy than they do to chemotherapy. This was published in the Annals of Oncology last summer. Another piece published by thoracic surgeon Stephen Broderick and colleagues in the Journal of Thoracic and Cardiovascular Surgery last December found that patients given immunotherapy prior to surgery had good surgical outcomes, such as complete resection of the tumor and no unexpected side effects, without excess toxicity. Additional papers still in review are looking in-depth at the genomic and immune changes in the tumors of patients receiving immunotherapy for early-stage disease, Forde says, “so the contribution from patients participating in our clinical trial has led to a lot more information in this area that could help patients worldwide.”

Some of the newer clinical trials from researchers at Johns Hopkins include an expanded study that gives patients three doses of nivolumab prior to surgery over a six-week period, and another in which physicians are giving chemotherapy along with immunotherapy to see if they can further augment the response in patients with early-stage disease.

“This is a very novel area, and it involves a multidisciplinary team with surgeons, medical oncologists, pulmonologists, basic science and translational scientists, as well as those in immunology, pathology and genomics performing lab analyses on tumor samples,” Forde says. “I encourage patients with earlier stage lung cancers to explore the potential of participating in immunotherapy clinical trials with their surgeon or physician when they are initially diagnosed with cancer.”

A host of clinical trials are available at Johns Hopkins for patients with recurrent and metastatic lung cancers as well, Forde says: “At any one time we probably have about 20-25 clinical trials available to patients, focused on both immunotherapy as well as treatments targeted to specific mutations.” Investigators also are studying the possibility of epigenetic therapy for lung cancer, using HDAC inhibitors and hypomethylating agents.

Overall, he says, “our program is focused on providing the best possible medical care for patients while at the same time offering them the opportunity to participate in cutting-edge clinical trials, where the newest drugs are being developed and becoming available.” Immunotherapy is a good example, he says. The first lung cancer patients ever treated with anti-PD-1 immunotherapy participated in trials at Johns Hopkins back in 2007-2008. “Some of the patients who participated in that first clinical trial are still alive and doing well, despite having had advanced cancer at that time.”

To refer a patient for a clinical trial, please contact thoraciccancertrials@lists.johnshopkins.edu.