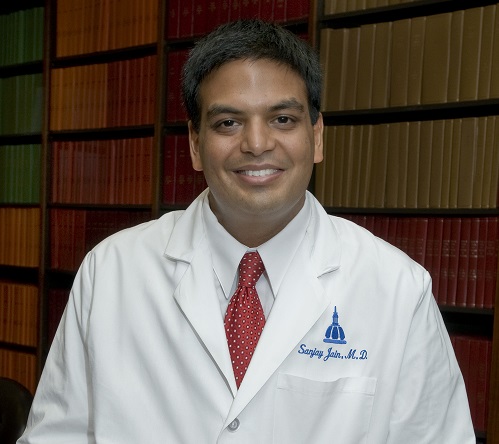 “The ability to assess an antibiotic’s efficacy within hours of treatment will not only speed patient healing but will help prevent the creation of drug-resistant bacteria,” Sanjay Jain.

Sanjay Jain, a pediatric infectious diseases physician at Johns Hopkins Children’s Center, has figured out a way to image bacterial infections in mice using PET tracers that specifically target bacteria. Since the tracers provide information about the family of bacteria involved, they can be used to guide the choice of antibiotics. And because they show an infection’s location and relative strength, they can quickly reveal when a treatment is failing and needs to be changed. Their effectiveness in humans is now being tested in clinical studies in adults and, if successful, will be tested soon after in children.

“Every other technique we have for monitoring infections in patients looks at inflammation,” says Jain, “but that’s indirect, that’s the body’s response to bacteria. This technique views bacteria themselves.”

If inflammation is what’s visible, serious infections will be invisible in patients with weak immune systems, such as malnourished children and those on immunosuppressive drugs, Jain adds. “We also can’t distinguish between infection-driven inflammation and noninfectious inflammatory disorders, like autoimmune diseases and some cancers,” he says. 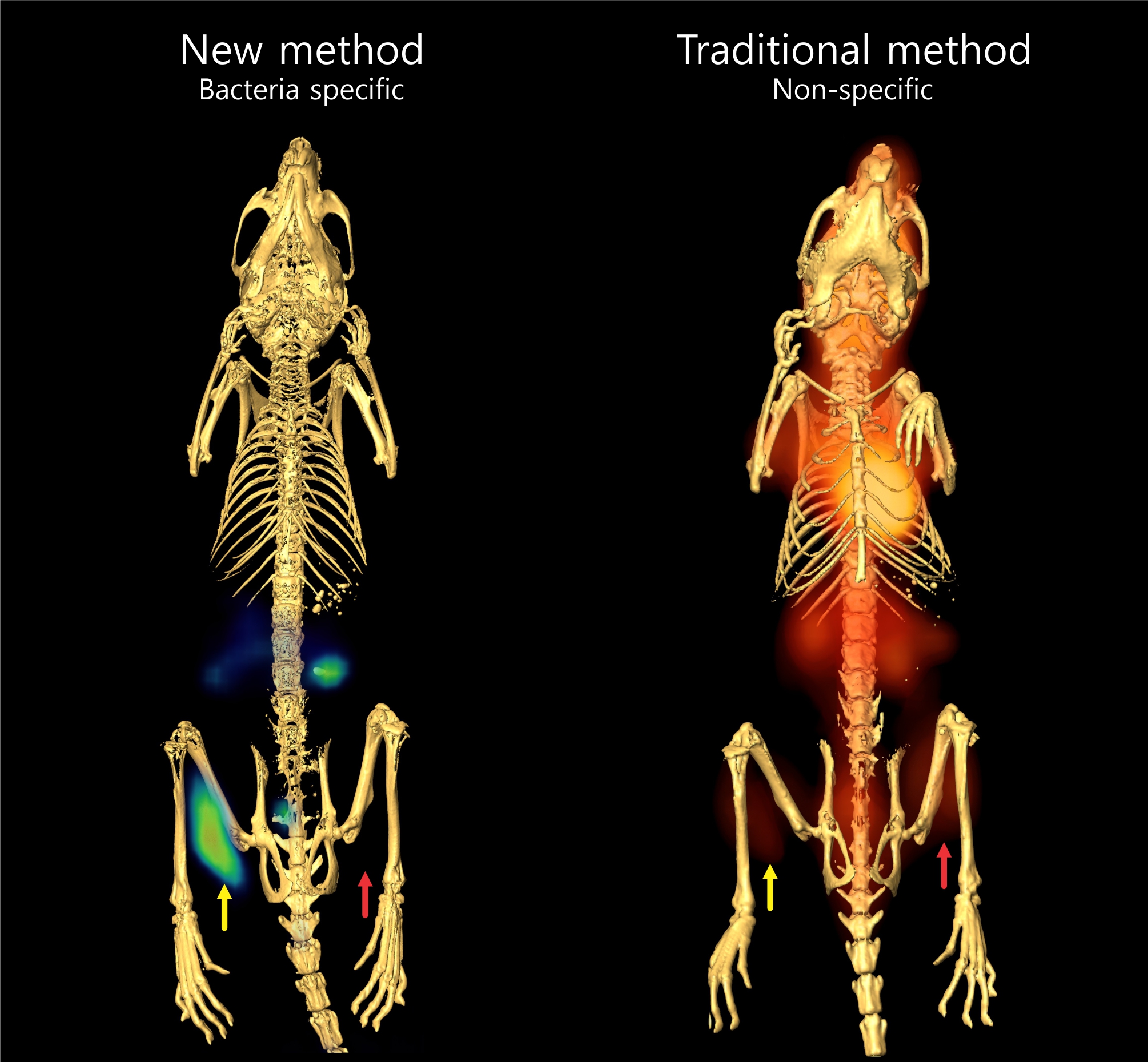 At the heart of this breakthrough is an imaging technology most often used to monitor tumor size in cancer patients: positron emission tomography, or PET. The usual tracer is radioactively labeled fluorodeoxyglucose (18F-FDG), which illuminates cancer cells because they consume more FDG than healthy cells. But inflammatory cells and bacteria also consume much FDG, so they’re indistinguishable from tumors, says Jain.

To transform PET into a tool for fighting infections, Jain and his team made 2-[18F]-fluorodeoxysorbitol (18F-FDS) out of 18F-FDG. Sorbitol is best known as a sweetener that isn’t metabolized by human cells, but itis metabolized by Enterobacteriaceae, the Gram-negative family of bacteria that includes the pathogens Escherichia coli, Salmonella spp. and the plague-causing Yersinia pestis, among others.

18F-FDS PET picks up a pneumonia infection in the lungs of a mouse (black arrow). The other bright spots are the kidney and the urinary bladder since 18F-FDS gets eliminated via the renal route.

Combining intravenous 18F-FDS with PET, the researchers saw bright signals from active E. coli infections in the thighs of mice, while heat-killed E. coli and Gram-positive Staphylococcus aureus gave no signal. Importantly, the E. coli signals were not lost when mice were treated with immunosuppressive chemotherapy. That result not only confirms that the signals were coming from bacteria — not inflammatory cells — but also suggests the technique will work on the most at-risk patients: those with weakened immune systems due to bone marrow transplants, cancer chemotherapy or AIDS.

Another clinically important finding was the researchers’ ability to visualize quickly the efficacy of antibiotic treatment by comparing PET scans before and after treatment. In mice infected with drug-susceptible E. coli, the initial signal disappeared after treatment, but mice infected with multidrug-resistant E. coli showed a magnified signal, indicative of a higher bacterial burden.

“The ability to assess an antibiotic’s efficacy within hours of treatment will not only speed patient healing but will help prevent the creation of drug-resistant bacteria,” says Jain.

He and his colleagues were so encouraged by these results (published in Science Translational Medicine in 2014) that they have been developing more PET tracers to track infections caused by other families of bacteria.

Two of the tracers they identified were 18F-PABA and 18F-D-mannitol (described in an article in The Journal of Nuclear Medicine). 18F-D-mannitol accumulated in Gram-positive S. aureus and Gram-negative E. coli, including drug-resistant strains.18F-PABA accumulated in all bacterial species tested, including Gram-positive and Gram-negative species, two species of mycobacteria (M. smegmatis and M. tuberculosis) and several multidrug-resistant strains.

“By combining a variety of tracers with different radioactive labels, we are creating an array of tools able to discriminate between broad categories of bacteria, so we will know which antibiotics to use for a given patient,” says Jain. “These PET tracers promise to bring precision medicine to the fight against infectious diseases.” What’s more, the ability to distinguish infection-related inflammation from other types of inflammation will speed diagnoses for conditions from orthopaedics to gynecology, and will help patients get the right treatment the first time, he says.