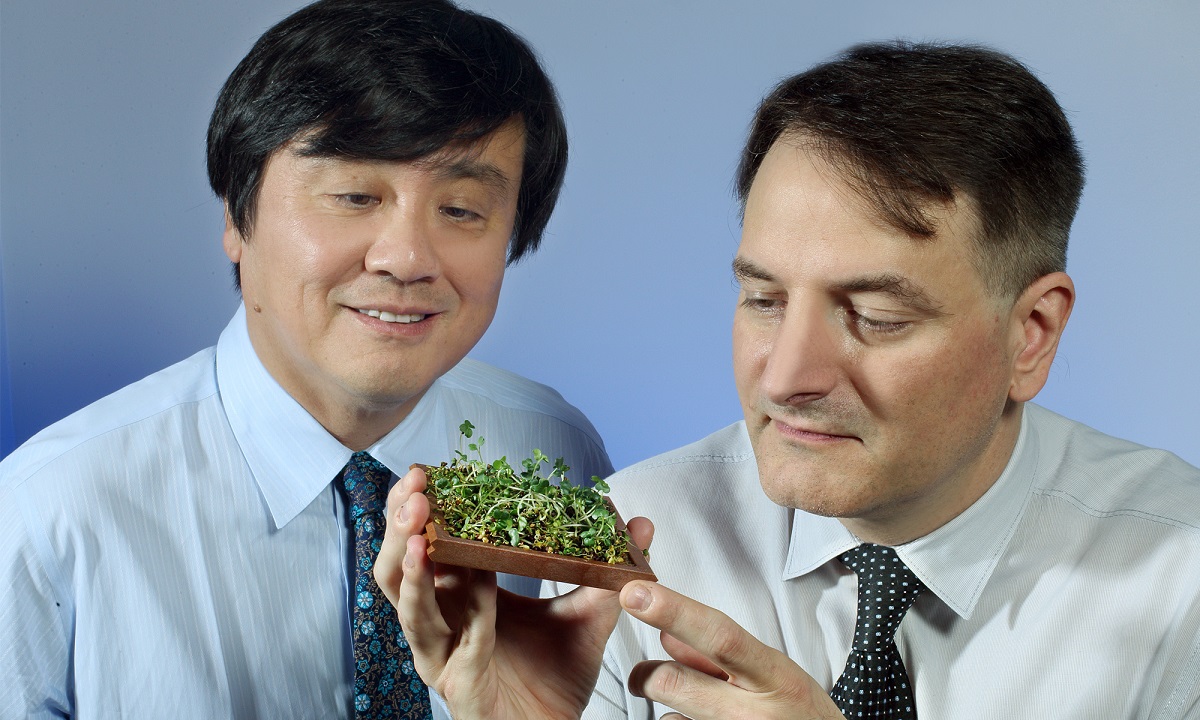 Psychiatry researchers Akira Sawa and Thomas Sedlak have found that glutamate in broccoli sprouts may improve chemical imbalances in people with schizophrenia.

A series of complementary studies that Johns Hopkins psychiatrist  Thomas Sedlak and colleagues completed on animals and people sheds light on a potentially novel approach for schizophrenia treatment targeting metabolic pathways in the brain. The studies further characterized the chemical imbalances in the brains of people with schizophrenia relating to the antioxidant glutathione, and they showed that using sulforaphane — a natural compound derived from broccoli sprouts — can tweak glutathione levels.

A January 2019 study in JAMA Psychiatry demonstrated that people with psychosis averaged 4% less of the neurotransmitter glutamate (a building block of glutathione) and 3% less glutathione in the brain, compared with healthy controls. A February 2019 study in the Proceedings of the National Academy of Sciences showed that glutamate neurotransmitter could be derived from the antioxidant molecule glutathione. Sulforaphane was also found to turn on a gene that increased glutathione in rat neurons. A third pilot study, in the April 2018 issue of Molecular Neuropsychiatry, found that healthy volunteers who took sulforaphane capsules for a week had a 30% rise in glutathione levels in their white blood cells, with smaller increases suggested in the brain.

“Schizophrenia means ‘split mind,’ and we are of two minds about this,” says Sedlak. “One is thinking of developing an intervention for schizophrenia, but the other is that we found that sulforaphane increases glutathione — and perhaps there are other conditions that may benefit from an increase in glutathione.”

The work, which came out of a multidepartment coalition focused on the  study of first-episode psychosis, raises several questions for future research: Who are good candidates for a sulforaphane intervention? How much is needed? And how long would people need to take the supplement to have a lasting effect?

Akira Sawa, director of the Johns Hopkins Schizophrenia Center, notes that investigators need to stratify patients with lower levels of glutathione who might benefit most. Even though patients with schizophrenia, on average, have lower glutathione levels than unaffected people, some have lower levels than others, and those might be the target group. The prodromal period, before the first episode of psychosis occurs in patients, is a hot area of research, he says. Some scientists have been trying to intervene at this stage by providing those at risk with antipsychotic medications, but only some of these patients go on to develop full schizophrenia, leaving the rest exposed to medication side effects such as metabolic syndrome. In addition, Sawa says, the drugs haven’t been shown to prevent schizophrenia from developing.

“We have some opportunities here to explore using natural compounds for this preventive stage,” he says, “either to help stave off disease or as additive therapy, along with lower doses of antipsychotic drugs, potentially hitting symptoms like cognition difficulties not now helped by standard antipsychotics.”

The volunteers tolerated sulforaphane well, though some felt gassy. “This is derived from broccoli,” Sedlak explains.