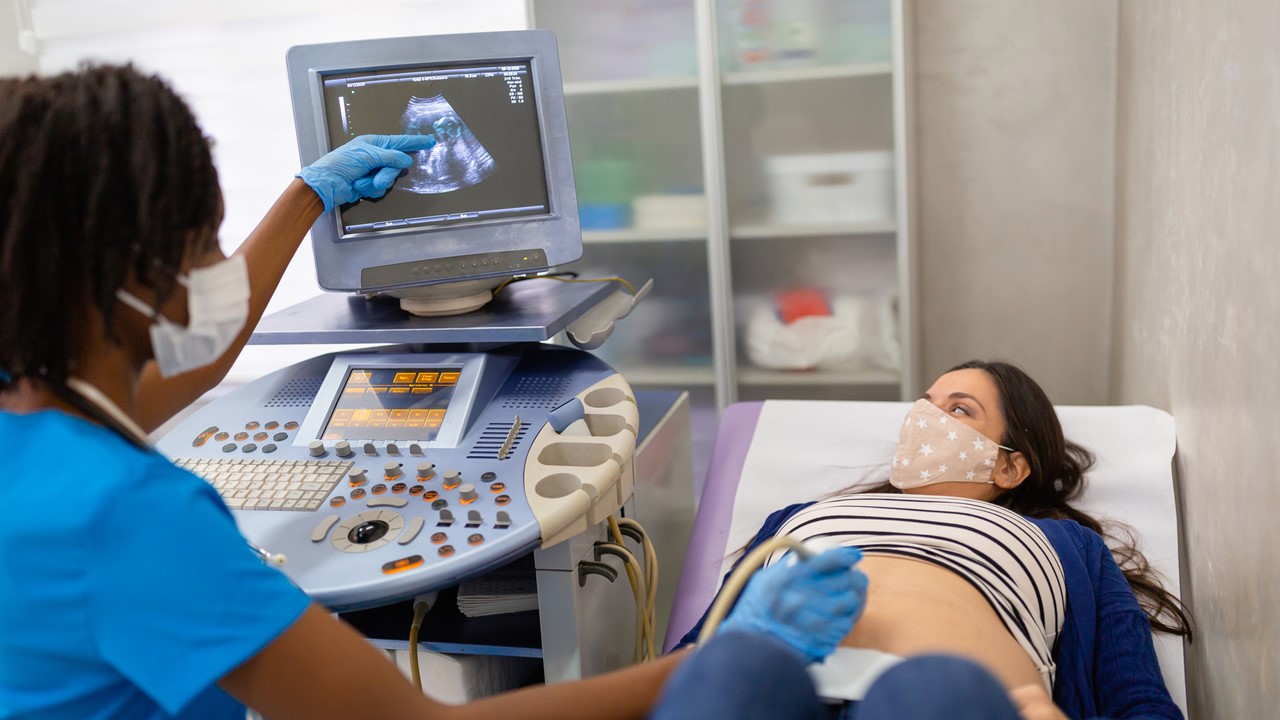 Researchers at Johns Hopkins Medicine suggest regurgitant or “leaky” heart valves, thought to be relatively benign during pregnancy, may put women at risk for complications during childbirth. Credit: Getty Images

An analysis of more than 20,000 individual medical records suggests that a form of heart valve disease thought to be relatively benign during pregnancy may put women at risk for serious bleeding, high blood pressure, organ damage and other complications during childbirth, according to research from Johns Hopkins Medicine.

In a report on the study, published online Aug. 24 in the American Journal of Cardiology, researchers at Johns Hopkins Medicine found that pregnant women with a history of regurgitant or “leaky” heart valves, as well as those with narrowed or stenotic valves, are up to 100 times more likely to experience cardiac complications such as heart failure at the time of delivery compared with women without heart valve disease.

Although relatively rare among pregnant women in the United States, heart valve disease causes complications such as premature labor and heart failure in up to 10% of women giving birth each year.

The study leaders say their findings suggest that heart and obstetrical experts should increase attention to assessing risk in all women with a history of any type of heart valve disease before and during pregnancy.

The heart’s four valves — mitral, tricuspid, pulmonic and aortic — keep blood flowing in the correct direction. Most risk-assessment guidelines focus on any degree of stenosis, or narrowing and tightening of valves that reduces blood flow and causes extra strain on the heart.

This new analysis found that maternal complications, such as fluid buildup in the lungs, heart rhythm problems or heart failure, occur just as often in women with regurgitant heart valve disease, a type of valve lesion long thought to be low risk and marked by incomplete closure of a valve, leading to leakage and backward blood flow.

“Our study focused on something that perhaps doesn’t get a lot of attention,” said Erin Michos, M.D., M.H.S., director of women’s cardiovascular health and associate professor of medicine at the Johns Hopkins University School of Medicine, who was the senior author of the study. The new study’s results, she says, call for an increase in screening women for all types of valve disease before and during pregnancy.

NEW: @HopkinsMedicine researchers suggest a form of heart valve disease thought to be benign during pregnancy may still put women at risk for serious bleeding, high blood pressure and other complications during childbirth. Click to Tweet

Anum Minhas, M.D., M.H.S., lead author of the study and the chief clinical and research fellow in the Division of Cardiology at Johns Hopkins Medicine, says their study was inspired by experiences with women who had a history of severe valvular disease and the relative lack of up-to-date research about the value of current assessment tools.

“Unfortunately, so much of women’s health practices has been dominated by individual experiences and experts saying they believe something to be true rather than based on evidence,” Minhas said.

For the new study, the Johns Hopkins research team used data from the 2016–2018 National Inpatient Sample, a large government-funded dataset of hospital admissions, to compare demographics, medical conditions, and obstetric and cardiovascular complications during the time of delivery.

Among obstetric and fetal complications, preeclampsia, a potentially dangerous pregnancy complication caused by high blood pressure, was 90% more common, and placental abruption, when the placenta detaches from the womb causing poor oxygen flow to the baby, was 30% more common in women with valvular heart disease, compared with women without. The results also found that the risk of hemorrhaging during delivery was 40% more likely among those with any form of heart valve disease. Overall, the research team found that mitral valve regurgitation was the most common form of valve disease among the women in the study, affecting 45% of those with disease, followed by mitral stenosis (26%).

“Our findings suggest significant obstetric and cardiovascular complications are associated with regurgitant valves, challenging our current way of thinking that regurgitant valves are benign,” said Minhas. “The data tell us that we really can’t assume that women who have leakier heart valves are going to be OK during pregnancy. They should get the same amount of attention that women with valve stenosis get.”

Michos says that in addition to the need for revising risk calculators for pregnant women to include a history of leaky valves, the findings suggest that women with any form of cardiovascular disease may benefit from specialized care from a cardio-obstetric team. Minhas said the next step in this study would be to confirm the findings by identifying and following women with valvular disease during pregnancy to see whether they have cardiovascular and obstetric complications.

This work was supported by National Heart, Lung, and Blood Institute training grant T32HL007024, the Amato Fund for Women’s Health research, and the Lou and Nancy Grasmick Endowed Research Fellowship.