Learning About the Vestibular System with MRI 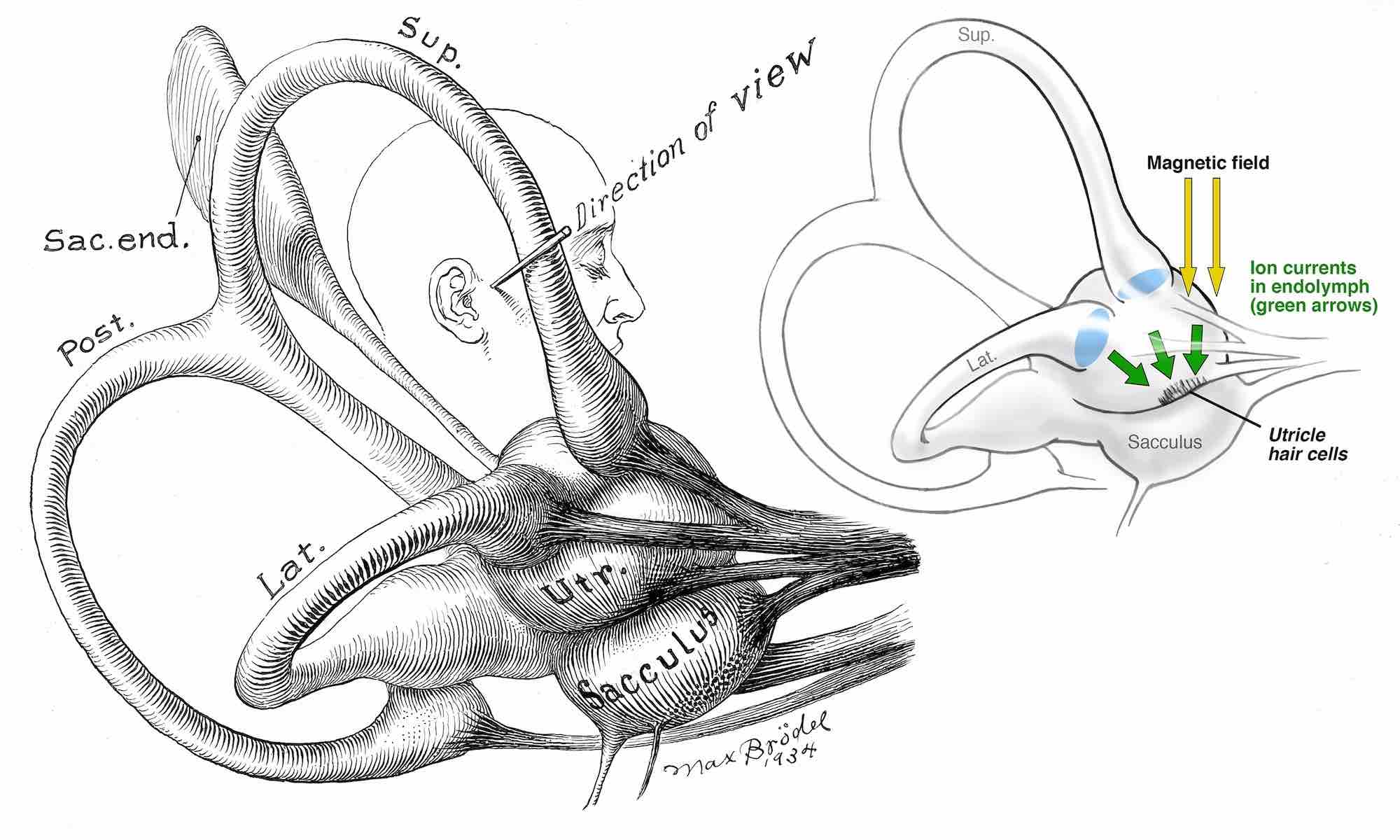 Johns Hopkins researchers narrowed the effects of magnetic stimulation down to the utricle and superior and horizontal semicircular canals.

In 2009, researchers in Italy made an unusual discovery: Under the strong magnetic fields of an MRI machine, healthy human volunteers experienced momentary dizziness and longer-lasting nystagmus. Johns Hopkins vestibular neurologist David Zee was a visiting researcher in Italy at the time and witnessed this himself, changing his own research to better understand why this happens and what it could teach us about the vestibular system.

Two years later, when a resident in the Johns Hopkins Department of Otolaryngology - Head and Neck Surgery — Bryan Ward — considered his own research project, Zee suggested he take the baton.

“It had been about 80 years or so since any new way of stimulating the vestibular system had been discovered,” says Ward, who joined the faculty in 2018. “This was a fundamentally new interaction with the vestibular system, and it was exciting to be somebody who could help drive this research forward.” 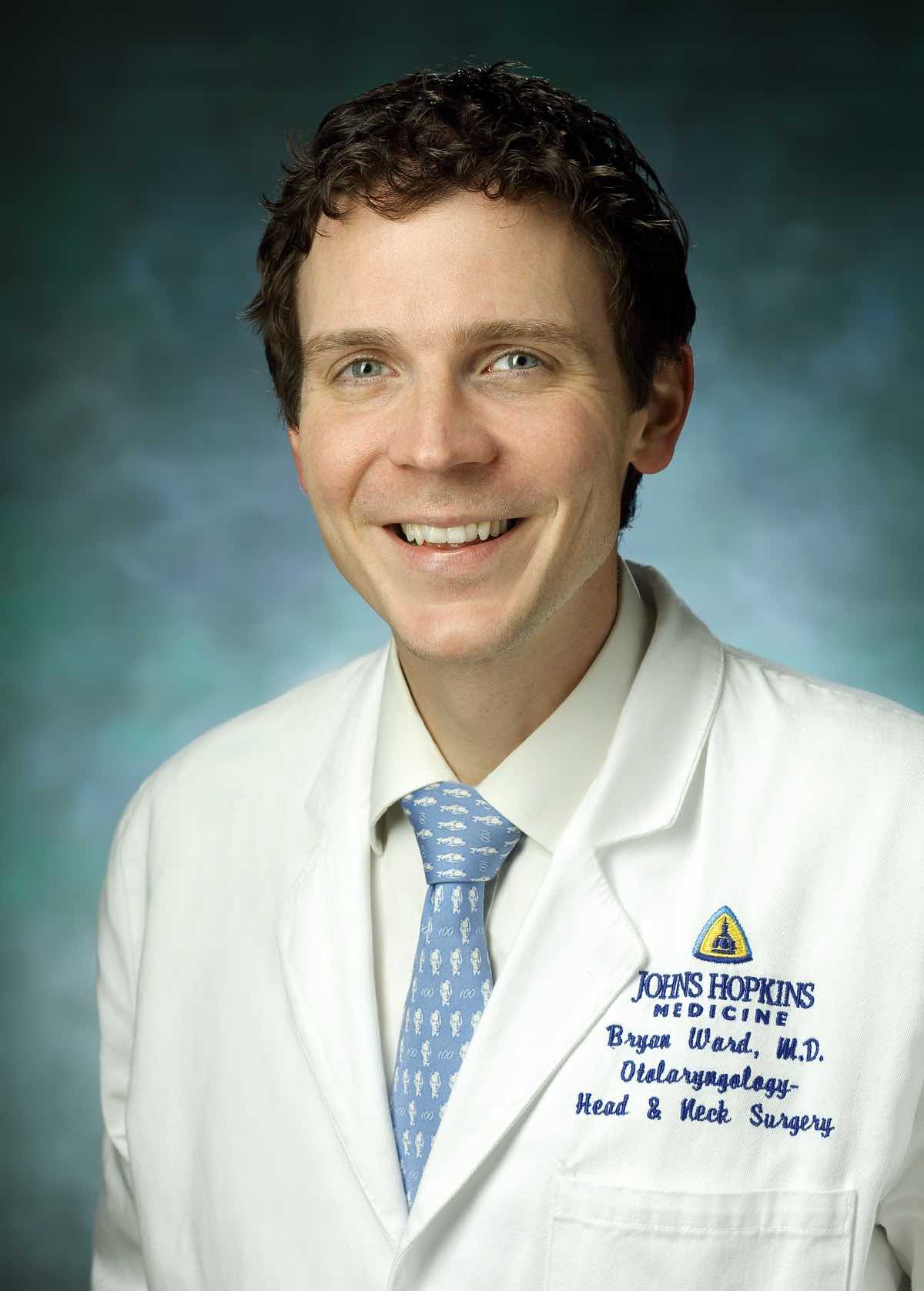 “I think the work we’re doing will be used by researchers to study the vestibular system for many years to come.” – Bryan Ward

Over the last nine years, Ward has helped lead efforts to define how magnetic fields affect the vestibular system and how researchers can use these findings in broader efforts to determine how the brain adapts to sensory input over time. He and his colleagues published a review of their work in the June 2019 Journal of Neurophysiology.

Soon after Ward began his research in this area, he and his colleagues recruited 10 patients with a variety of inner ear disorders to see whether they also exhibited these same effects under magnetic stimulation. Within a strong 7 Tesla MRI, the effect was variable. The dizziness and nystagmus depended on which ear was injured. By ruling out which parts of the inner ear were affected by these volunteers’ disorders, the researchers narrowed the effects of magnetic stimulation down to the utricle and superior and horizontal semicircular canals.

Using mouse models, Ward and his colleagues confirmed that this effect occurs outside of humans. When the team put zebrafish in the MRI machine, the animals flipped and twisted, suggesting that this phenomenon is highly conserved among animal species.

More recently, Ward and his colleagues have used magnetic stimulation as a model for vestibular system learning. Their research shows that while dizziness from the MRI subsides after a few minutes, abnormal eye movements persist over hours, mimicking what happens when patients lose vestibular function on one side due to trauma or surgery — offering a window into how vestibular sensation adapts to changes over time.

The team’s most recent project is to try to image the movement of fluid in the inner ear, offering the opportunity to identify the first direct evidence that magnetic stimulation is acting on this structure.

“I remember the first time I saw nystagmus in a mouse MRI, I had this realization that it was probably the first time humans had ever seen this before,” Ward says. “I think the work we’re doing will be used by researchers to study the vestibular system for many years to come.”