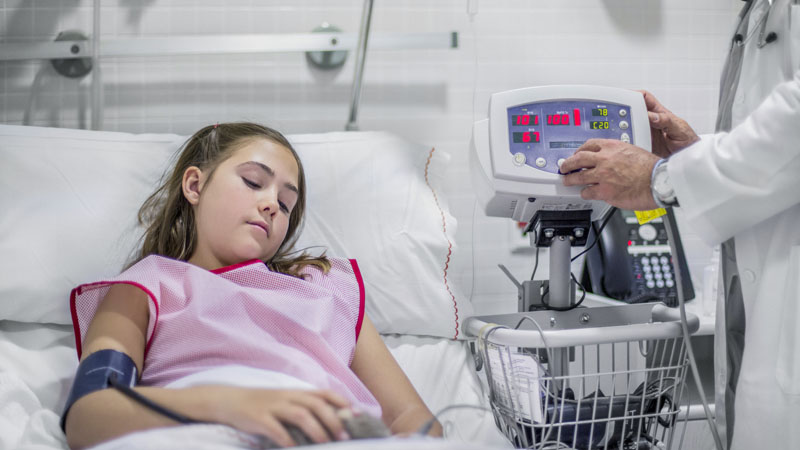 Post-operation Risks of Malnutrition Could Apply to Children Without Crohn’s Disease As Well, Researchers Say

Results of a medical records study of children with Crohn’s disease by Johns Hopkins researchers have added substantial evidence for a strong and direct link between malnutrition and increased risk of surgical complications and poor outcomes.
The investigators say children with Crohn’s disease were selected for the data analysis because a common hallmark of their disease is malnutrition, and surgery is often used to treat it. But they say their results also are likely to shed light on the links between pediatric malnutrition in general and all kinds of surgical outcomes unrelated to Crohn’s disease.

A report of the study’s findings was published in the November issue of Journal of Pediatric Surgery.

“We knew that poor nutrition in adults was linked to complications after surgery, but research to examine the effect of malnutrition in children has been limited,” says Mitchell Ladd, M.D., Ph.D., a surgery resident at The Johns Hopkins Hospital and the report’s first author.

According to the National Institutes of Health, more than 500,000 people in the United States suffer from Crohn’s disease, a chronic inflammation of the digestive tract that has no cure. Symptoms include repeated bouts of abdominal pain, diarrhea, fatigue and malnutrition, and surgery to remove portions of damaged bowel is a common treatment in those with recurrent disease. A recent study estimates that approximately 38,000 children in the U.S. suffer from Crohn’s disease.

To better understand how malnutrition might affect surgical outcomes in children undergoing major bowel surgery, Ladd and colleagues used data from the American College of Surgeons National Surgical Quality Improvement Program Pediatric database from 2012 to 2015 to examine post-operative complications and other outcomes for children ages 5 to 18 years with Crohn’s disease. Malnutrition and its severity were determined using one of the American Society for Parenteral and Enteral Nutrition’s malnutrition criteria, specifically body mass index of each child compared with the national average growth charts provided by the Centers for Disease Control and Prevention.

The research team looked at the rate of wound infection, respiratory complications such as pneumonia, septic shock (a life-threatening infection complication), reoperation and readmission within 30 days of surgery.

“It’s well known that poor nutrition negatively affects processes such as wound healing and immune function. We need nutrients for energy, to fight infections and to heal wounds. Children are even more susceptible to poor nutrition because they also need nutrients to grow, and when they are ill, nutrients are diverted from growing to support these more essential functions. Thus, while the current study does not prove that malnutrition causes these complications, it is certainly biologically plausible that malnutrition may play a direct role,” says Ladd.

“Much more research needs to be done to answer questions like what doctors can do to optimize patients’ health before they enter the operating room, to define what being ‘optimized’ is in children, and thus increase the likelihood children are properly nourished before surgery,” Ladd says. Possible methods to improve pre-surgical nutrition include feeding children specialized tube feeds, if they can be tolerated by the child, or if not, intravenous nutrition for several weeks before surgery if surgery can be delayed.

“We studied the effects of malnutrition in this population because patients with Crohn’s disease are already prone to being malnourished, but the same concept is likely to be at work for other types of surgeries in children just as it is in adults,” said Daniel Rhee, M.D., M.P.H., assistant professor of surgery at Johns Hopkins University School of Medicine and director of the Pediatric Surgical Oncology Program.