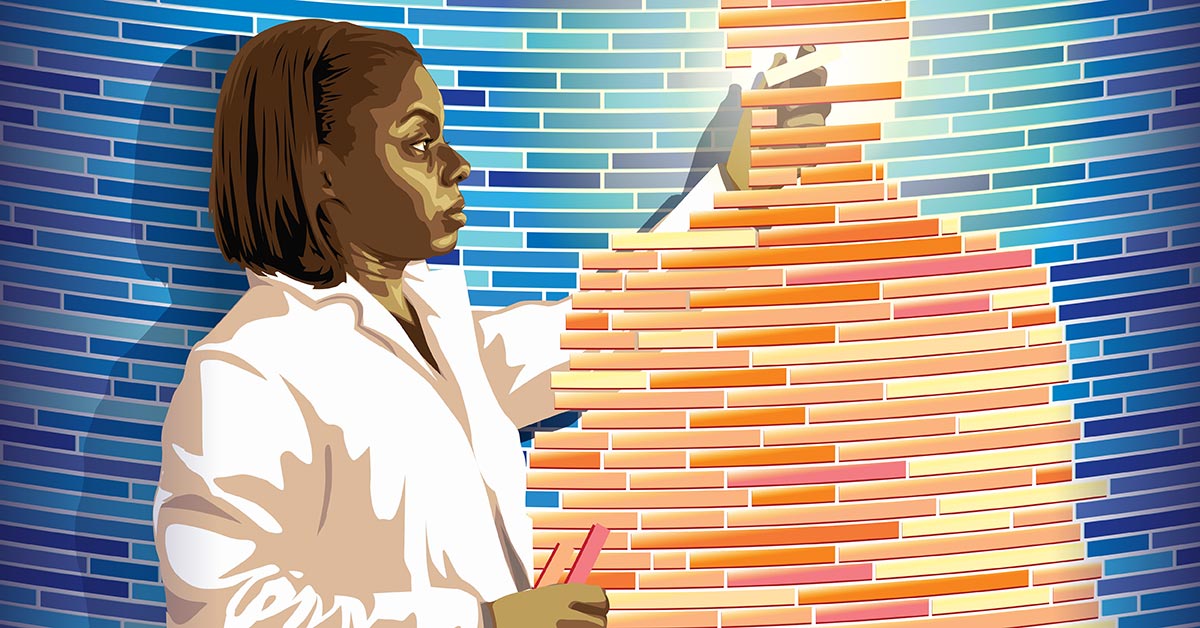 Urologist H. Ballentine Carter explains precision medicine to his prostate cancer patients by saying that he is like a meteorologist and they are like hurricanes.

Meteorologists, he explains, plot the expected path and strength of brewing storms by combining information such as water temperature and wind speed with detailed data about past hurricanes. Similarly, Carter and his urology peers predict prostate cancer growth by combining information about individual patients with data on the cancer’s trajectory in other patients.

The real-time analysis, called Active Care, helps clinicians and patients decide how to monitor the cancer and whether to opt for more aggressive treatment such as radiation or prostate removal.

“Patients love it,” says Carter. “Most have very little risk of dying of prostate cancer but they don’t necessarily see it that way. They walk out of the clinic very upbeat that they’re doing the right thing.”

Carter is piloting PMAP, which is expected to be available to researchers throughout Johns Hopkins starting in 2019, says Diana Gumas, senior director for clinical research information technology for the Institute for Clinical and Translational Research and director of the Center for Clinical Data Analysis.

PMAP uses the Microsoft Azure cloud computing platform to collect and crunch data from sources including patient records from Epic, MRI images, personal monitoring devices such as step-trackers, doctors’ notes, genetic information from patients whose DNA has been analyzed, and epidemiologic data such as disease risk by ZIP code.

The results are expected to help researchers better define subsets of patients and diseases, and bring those discoveries to the clinic, as Carter and his colleagues are doing with Active Care, which was developed in 2017 with Scott Zeger — professor of biostatistics at the Johns Hopkins Bloomberg School of Public Health — Zeger’s postdoctoral fellow Yates Coley, and others.

Carter and his team have been gathering data from prostate cancer patients since 1995. At that time, the standard treatment for the disease was removal of the prostate. The team tracked changes in prostate specific antigen — a biomarker for prostate cancer — and the extent of the disease in biopsy, and found that patients with slow-moving cancer were 24 times more likely to die of a cause other than their cancer over 15 years.

For that subset of patients, Carter advises “active surveillance” — tracking the cancer’s progress instead of aggressive treatment such as prostate removal or radiation. He found that every time an annual biopsy showed no change, the risk for future changes that would prompt treatment dropped by 30 percent.

With PMAP, Carter’s team plans to add more information to each patient’s profile, including measures from MRI, new blood markers, genomic data, and lifestyle factors such as whether the patient smokes or exercises. Over time, he hopes, these new data will yield even better predictions about disease progression and treatment outcomes in individual patients.

PMAP is a leap forward for Johns Hopkins inHealth, launched in 2013 as the Johns Hopkins Individualized Health Initiative. The goal of inHealth is to combine the raw data-crunching power of computers with the intuition and experience of Johns Hopkins physicians and researchers, says Antony Rosen, vice dean for research. The result, says Rosen, director of the Division of Rheumatology, is better understanding of each patient’s disease, with fewer unnecessary tests and therapies.

The prostate cancer team was one of the first inHealth Precision Medicine Centers of Excellence. There are now eight, and Zeger says that number is expected to rise to 30 in the coming year. The eventual goal is for all Johns Hopkins Medicine clinics to use PMAP to continuously improve patient care, he says.

To help researchers use this new capability, Gumas and her team are developing a catalog that will describe the kinds of data that will be available, and the relative ease or complexity of accessing and using it.

“We’re really talking about harnessing vast amounts of information to predict, early on, the problems that an individual is going to face in his or her lifetime,” says Carter. “We’ve gone from intuition to increased precision in our department, and this platform is going to allow us to do throughout the entire institution what we have done with prostate cancer.”