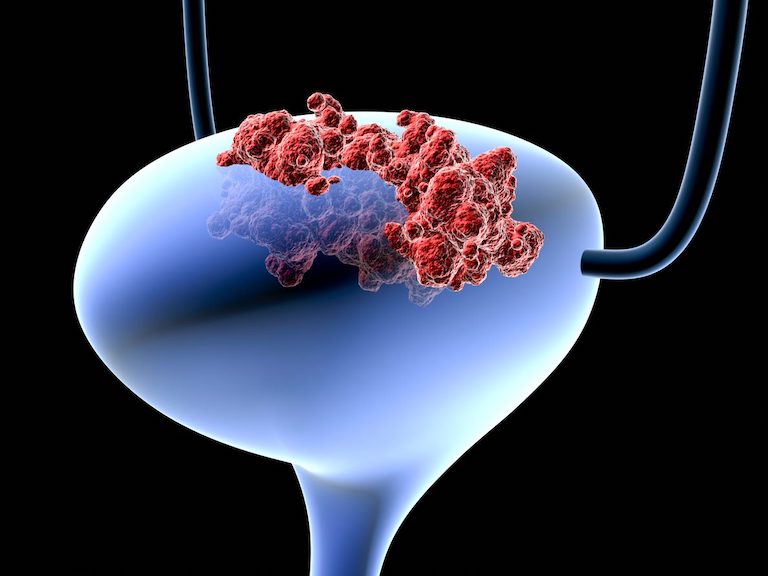 Immune checkpoints are like tiny brakes that immobilize immune cells that otherwise could be fighting cancer.

In recent years, an entirely new class of drugs called “checkpoint inhibitors,” has emerged – but these drugs don’t work identically in everyone. That’s because the particular immune soldiers involved in cancer – the body has quite a few – can vary from person to person. And now, investigators from the Greenberg Bladder Cancer Institute (GBCI) have discovered that the immune response also varies between men and women.

Recently, a team of investigators led by medical oncologist Burles “Rusty” Johnson, M.D., Ph.D., looked to see whether the presence of intratumoral B cells (immune cells that have been linked to a better response in melanoma) was associated with clinical benefit from the immune checkpoint inhibitor, atezolizumab (Tecentriq) in patients with advanced urothelial cancers.

“We found that patients who had the longest survival were those whose tumors expressed high levels of the B cell gene expression signature and high levels of a CD8+ T cell gene expression signature (B8T high/high),” says Johnson. But the team was surprised to find something else, too: “Strikingly, breakdown of the results by gender revealed that this enhanced benefit was restricted to men. Women with B8T high/high tumors did not have a survival advantage.”

There was one more twist: “Interestingly, the opposite pattern was observed in patients with muscle-invasive cancer who were not treated with checkpoint inhibitors,” Johnson adds: “Women with B8T high/high tumors had the best outcomes.” Although the results require validation in additional independent cohorts, they suggest that the combined B8T signature could be used to identify the men with bladder cancer who will derive the most benefit from modern immunotherapy. These results were published in European Urology Oncology.