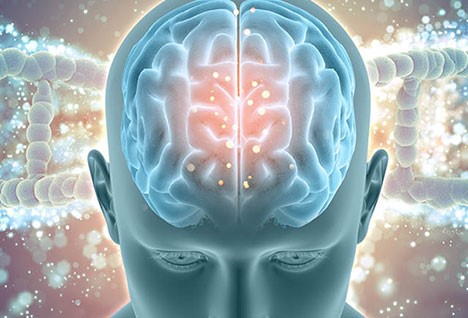 More than 100 years of research on familial bipolar disorder hasn’t revealed much about its specific genetic causes. But all that’s about to change, says psychiatric epidemiologist Peter Zandi, thanks to advances in genome data analysis and sequencing—and access to human brain samples to tease out clues.

Since 2016, Zandi and psychiatry researcher Fernando Goes have partnered with Thomas Hyde, chief medical officer at The Lieber Institute for Brain Development, a Johns Hopkins University School of Medicine affiliate, and colleagues to study brains from people who struggled with mental illness and have passed away. The team aims to identify genetic risk for bipolar and major depressive disorders.

“Our goal,” says Goes, “is to find etiologic clues that will ultimately lead to new, urgently needed, targeted drugs.”

Located on the East Baltimore campus, the Lieber Institute houses the largest collection of donated human brains in the world for the study of psychiatric disorders (see sidebar). Researchers there are also using advanced technology to sequence genetic data and translate new insights into clinical advances.

The Lieber partnership builds on previous work by Goes et al., published in June of 2016 in JAMA Psychiatry. That study looked at eight families with a history of bipolar disorder through several generations, suggesting a significant inherited component. Ultimately, the investigators sequenced the whole genomes of 36 family members with the disease. Examining only the portion of the genome that acts as protein blueprints, they identified 84 rare gene variations that stood out in these family members. 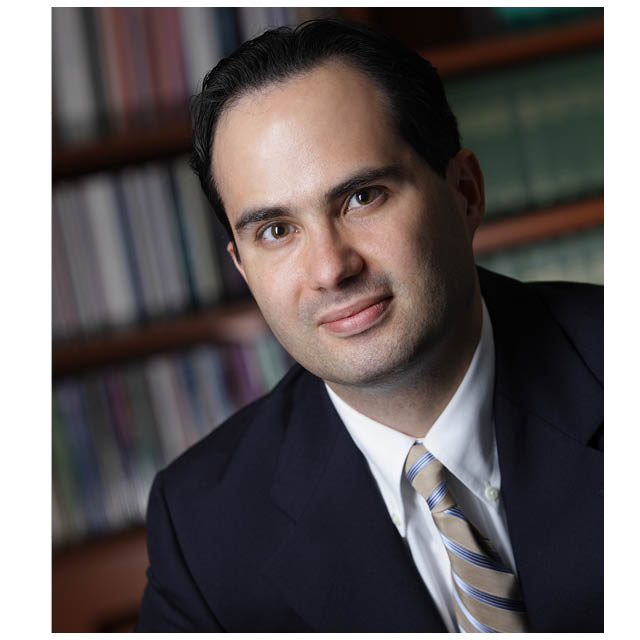 “Our goal is to find etiologic clues that will ultimately lead to new, urgently needed, targeted drugs.” —Fernando Goes

Goes acknowledged that “it will take genetic data from at least several thousand more people with bipolar disorder to confirm that these rare mutations do in fact directly cause the disease.” Now, he and his research team are working on large-scale genetic studies with the Bipolar Sequencing Consortium to gather more data and more collaborators “so we can definitively figure out causes.”

Zandi and Goes continue to use next-generation sequencing technology that allows them to churn through enormous amounts of DNA at a time. They’re mining these data to uncover the role of rare variation—rare instances where the blueprint is faulty—in mood disorders.

As they made progress, says Goes, they were interested in how genes were expressed—turned on and off. Lieber, with its enormous brain collection and multidisciplinary expertise, was the preeminent place to turn. Goes leads a project focused on key brain regions likely to be involved in depression, and Zandi heads up a comparable project in bipolar disorder. Both studies look at how potential mood genes are regulated and how their functioning is altered.

“We really want to explain the specific mechanisms by which the genetic variants that have already been defined behave and how they contribute to risk for mood disorder,” says Zandi. “It’s not just one variant in a gene; there are lots of variants across many genes that increase risk,” he says. “This collaboration will give us clues to those mechanisms.” 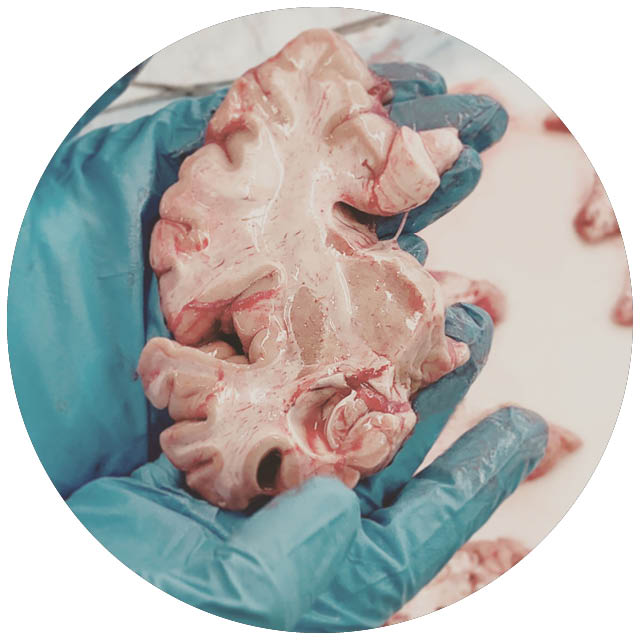 “Human DNA will set the stage to identify the mechanism and develop treatments that are much more effective than what we have now to turn those genes on and off." —Peter Zandi

Zandi and his colleagues are hopeful that having complete information about the DNA from each brain sample will offer deeper insight into how proteins are produced. “This could set the stage for developing new treatments that might influence those proteins and might include being able to turn those key genes on and off,” says Zandi.

Despite a wide variety of available medications for mood disorders, their overall effectiveness remains modest, says Goes. “It’s one reason patients go off their medicines. And only a third of treated patients get fully better with them.”

The development of new types of antidepressants, he says, “has been hindered by our limited understanding of how exactly they work in a given patient.” Zandi and Goes envision a day when discoveries based on a person’s risk for mood disorder will lead to treatments as targeted as immunotherapies are becoming for patients with cancer.

“Within the next several years, we expect to find very specific mechanisms. It’s still tip-of- the-iceberg, but through this work, we will help lay the foundation for more rationally designed interventions.”

For now, the collaboration with Lieber, says Goes, is a vitally important step. “We hope it will be a game changer in preventing risk for developing mood disorders, which too often lead to suicide.” 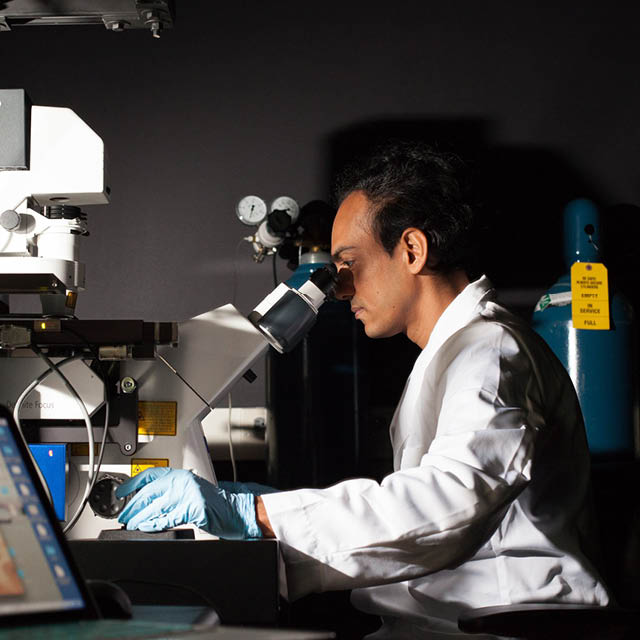 In the eight years since the Lieber Institute for Brain Development was established, its leaders have tackled one of science’s most vexing frontiers: psychiatric disorders. They believe the only way to make any real progress is to study actual human brains.

A Johns Hopkins affiliate, the institute houses more than 3,000 brains on the East Baltimore medical campus. According to Chief Medical Officer Thomas Hyde, this repository is considered the largest collection of postmortem human brains dedicated to the study of psychiatric disorders in the world. Most have been donated by families whose loved ones died unexpectedly. The collection fills nearly a dozen freezers set to minus 80 degrees Celsius.

Hyde’s team of researchers apply a meticulous method to every case, examining each brain’s defects while producing a thorough clinical characterization. They use lab techniques to isolate RNA, DNA and proteins from selected regions of the brain, before tapping into genetic technologies to better understand underlying neural mechanisms. Through big data applications, researchers are developing statistical models for large studies on gene expression.

So far, more than 1,000 human cell lines have been generated; more than 500 from the brain samples (the first 500 came from the National Institutes of Health). Over 100 peer-reviewed papers have been published since the institute’s founding. The institute has also leveraged more than $45 million in grants and partnerships, while launching major clinical research ventures, including one with Peking University in Beijing. In addition, it has established what’s considered the world’s largest post-traumatic stress disorder (PTSD) human brain repository and has become a critical provider of tissue for the Department of Veterans Affairs for the study of PTSD.

Now, LIBD is pushing its genes-to-drugs pipeline strategy, having identified several new therapeutics. A few could be in clinical trials within the next three years, says Weinberger. Another four “promising leads,” he says, could produce two new drugs for Phase II clinical trials by 2021. The institute has also established BrainSEQ Consortium, a precompetitive collaboration with seven leading pharma companies, as well as an open-access, cloud-based tool for genetic analysis of the human brain. “This public archive of human brain gene expression data,” says Hyde, “will enhance neuropsychiatric research at institutions around the world.”