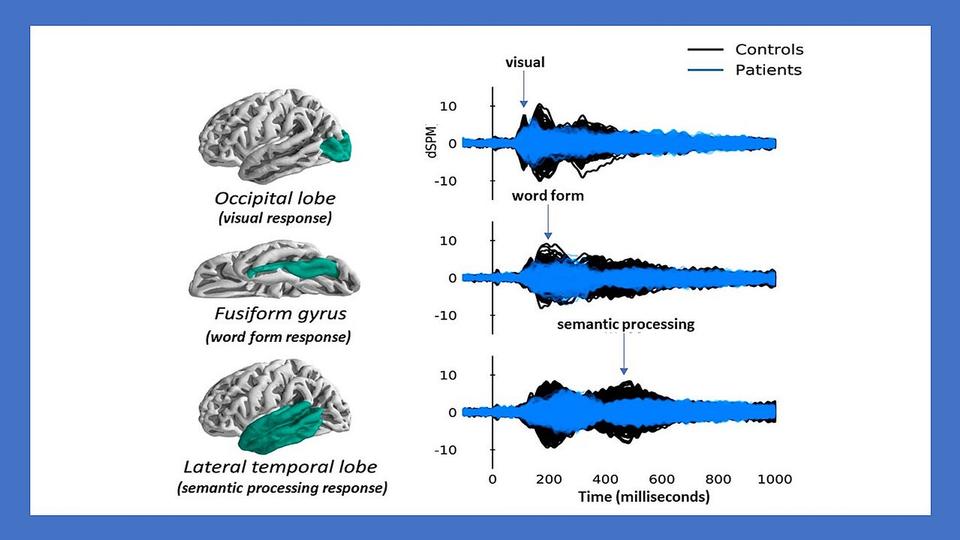 When most people think about stroke, they picture someone who can’t move an entire side of their body or speak. Minor strokes on the surface appear far less disabling, and often people are able to walk and talk normally. However, people who’ve had minor strokes anecdotally report difficulty in thinking, focusing their attention on more than one task or following conversations.

Now, Johns Hopkins Medicine researchers and colleagues at the University of Maryland have found what is believed to be the first measurable physical evidence of diminished brain processing after a minor stroke.

Minor strokes occur when a small blood clot lodges in one of the tiny blood vessels deep in the brain. They are typically less devastating than a major stroke that blocks a major artery, but still damage tissue needed for the brain to properly function.

In their study published in the Dec. 29, 2020, issue of the Proceedings of the National Academy of Sciences of the United States of America (PNAS), the researchers say that their findings are not only the first step toward better understanding the cause of post-stroke cognitive dysfunction, but they will ultimately enable clinicians to design more effective treatments. Additionally, they say, these therapies may be useful for other neurologic conditions that result in small regions of damaged brain tissue with similar symptoms, such as multiple sclerosis.

“We tend to think that certain parts of the brain are responsible for specific functions but in reality, you need your entire brain to think clearly and complete tasks,” says Elisabeth Marsh, M.D., associate professor of neurology at the Johns Hopkins University School of Medicine. “In this study, we show how minor damage anywhere in the brain can disrupt the entire cognitive network and result in a global dysfunction.”

For their recent study, the researchers used magnetoencephalography (MEG) to compare the brain function of nine patients who had experienced minor strokes with the mental processing of age-matched healthy controls. MEG is a noninvasive neuroimaging technique that, like an electroencephalogram (EEG), measures electrical activity within the brain in real time.

Once inside the scanner, the study participants had their brain function recorded as they completed word- and picture-matching tasks.

Brain signal strength for the patients with minor stroke was noticeably smaller than the controls, appearing more like rolling hills than the normal sharp mountain peaks. The researchers say this indicates that information isn’t effectively traveling through the network and the brain is processing information less efficiently. Stroke patients took nearly twice as long (about a second) as the control group (about half a second) to complete the tasks, which the researchers say leads to a noticeable difference when trying to participate in a three-way conversation or follow complicated instructions.

After six months, six patients who had experienced minor strokes returned for reevaluation. They not only performed better on each task, but also anecdotally reported that their symptoms of impairment were much improved. However, their MEG scans showed only minimal improvement.

“Right now, we don’t know the neural mechanisms that allowed the patients to improve,” says study co-author Jonathan Simon, Ph.D., professor of electrical and computer engineering at University of Maryland, College Park. “It could be that new routes have formed to bypass the sluggish pathways. Or it could be that older, less used communication pathways have been repurposed.”

He adds, “We hope by looking at the details of which neural connections are disrupted — and how — that it will not only be a next step in understanding this particular effect of a minor stroke, but also give us a new window into understanding how information is processed across the brain.”

The team plans to bring participants back in early 2021 for further analysis and to begin treatment trials aimed at improving recovery from these minor strokes.

Marsh and Simon are available for interviews.