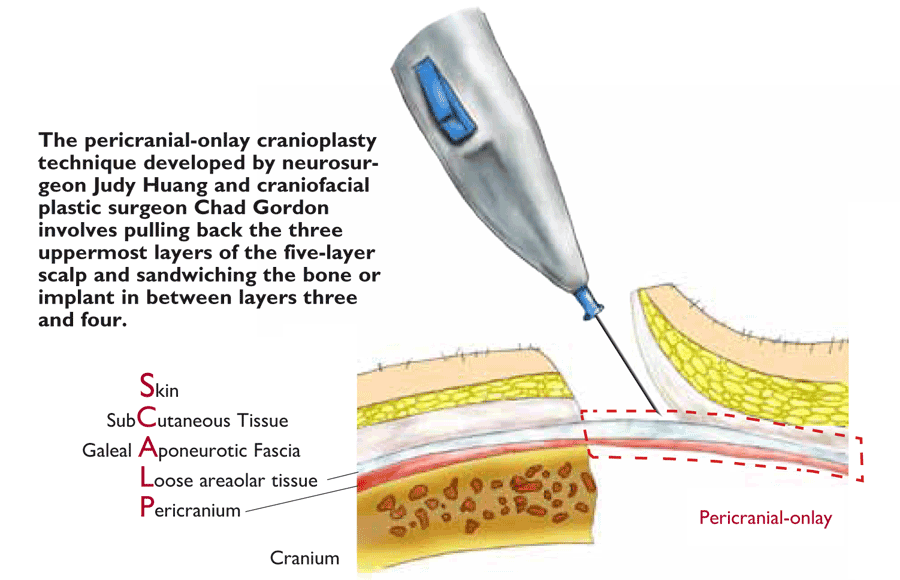 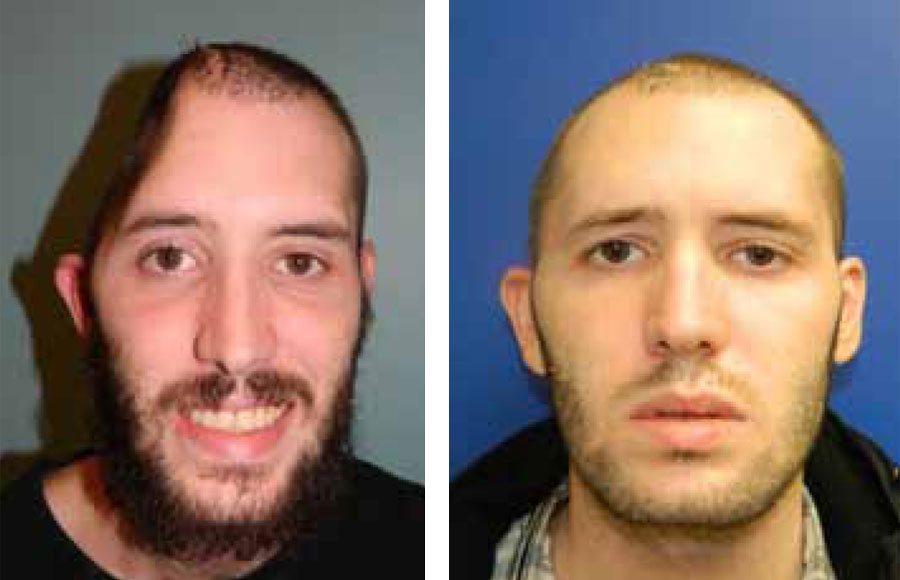 Before and after photos of a patient who underwent surgery using the pericranial-onlay cranioplasty technique. The Multidisciplinary Adult Cranioplasty Center team will evaluate any patient with face or head irregularities to determine if this technique or others may be suitable for craniofacial reconstruction.

For more than a century, the techniques for restoring the normal contours of the skull after surgery have remained largely unchanged. Conventional cranioplasty methods involve peeling back all five layers of the scalp to place the bone remnant or custom bonelike implant in the proper cranial location. Yet that approach poses significant risks. It can lead to bleeding, seizures and other serious complications because the scalp adheres directly to the dura in areas where cranial bone is missing. But a unique collaboration between neurosurgeon Judy Huang and craniofacial plastic surgeon Chad Gordon has given rise to a revolutionary technique, known as pericranial-onlay cranioplasty. This technique(1) involves pulling back the three uppermost layers of the five-layer scalp and sandwiching the bone or implant in between layers three and four. The new method prevents potential brain or dural injury, reduces blood loss, and decreases recovery time. It also reduces the risk of subsequent infection by enveloping the bone or implant with healthy tissue. Overall, the team has seen a fourfold reduction in complications to date.(2)

Gordon and Huang’s innovation has brought together Johns Hopkins specialists from multiple disciplines to counsel and treat patients who require complex craniofacial reconstructions following brain surgery. A key aspect of this clinic, known as the Multidisciplinary Adult Cranioplasty Center (MACC), is team-based care. Typically, adult cranioplasty patients are treated by just one specialist, often a neurosurgeon. At Johns Hopkins, patients receive comprehensive, coordinated care from clinicians in neurology, neurosurgery, craniofacial plastic surgery, infectious disease, hematology, radiation neuro-oncology, medical neuro-oncology, physical medicine and rehabilitation, and oculoplastics. This team-focused approach flows from the close partnership that spurred the development of the pericranial-onlay technique. Indeed, all cranioplasty surgeries at Johns Hopkins harness the combined expertise of both a craniofacial plastic surgeon and a neurosurgeon.

Since launching the MACC two years ago, Johns Hopkins has dramatically increased the number of cranioplasties it performs, providing craniofacial reconstructions for a variety of adult patients—including those with lingering skull defects from a previous cranioplasty. As patient volume has expanded, so, too, has the clinic’s global reach: The MACC now sees patients from across the U.S. and the world, with a cranioplasty performed every 1.5 days. It is the only organization of its kind solely dedicated to caring for adult craniofacial patients and the only one with expertise in pioneering the pericranial-onlay technique. 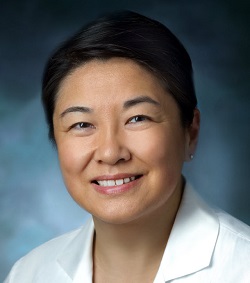 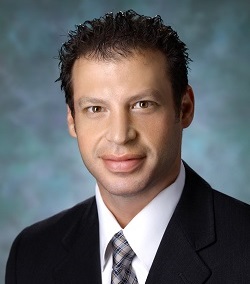 A unique collaboration between neurosurgeon Judy Huang and craniofacial plastic surgeon Chad Gordon has given rise to a revolutionary technique, known as pericranial-onlay cranioplasty. Overall, the team has seen a fourfold reduction in complications to date.

A Paradigm Shift in Craniofacial Reconstruction

Because of the increasing need for cranioplasty and adult craniofacial reconstruction, Gordon, Huang and their colleagues are continuing to advance the technique’s science. In the last year, they have published four papers in key areas. Their results and accomplishments include:
• A fundamental redesign of cranial implants that accounts for changes in the temporalis muscle.(3) This muscle often loses its connection with the skull as a result of cranioplasty, and previous implant designs were not designed to address this loss, leaving noticeable disfigurations in patients’ appearances.
• Reducing the recommended time interval—from six to 12 months to just three months—between craniotomy and cranioplasty in patients with previous bone flap osteomyelitis.(2) Gordon, Huang and their colleagues undertook a retrospective cohort review and found equivalent outcomes in patients receiving early (between 90 and 179 days) and late (?180 days) reconstructive surgery.
• For the first time, demonstrating the safety of cranioplasty in patients receiving anticoagulation therapy.(4) The researchers conducted a retrospective cohort review. They found that anticoagulation is associated with an increased risk of minor postoperative complications but does not raise the risk of major complications.
• Demonstrating that increased tissue mobility stems from separating the component layers of the scalp, as in the pericranial-onlay technique pioneered by Gordon and Huang. Through a cadaver study(5), the researchers revealed that a range of 1 to 2 additional centimeters can be gained, providing new insights on how to overcome the scalp deficiency that accompanies secondary cranial reconstruction. Through these extraordinary innovations, Johns Hopkins is ushering in a new era of adult craniofacial reconstruction, where the ability to restore the beauty and symmetry of the mature skull now matches the ability to repair and heal the brain.