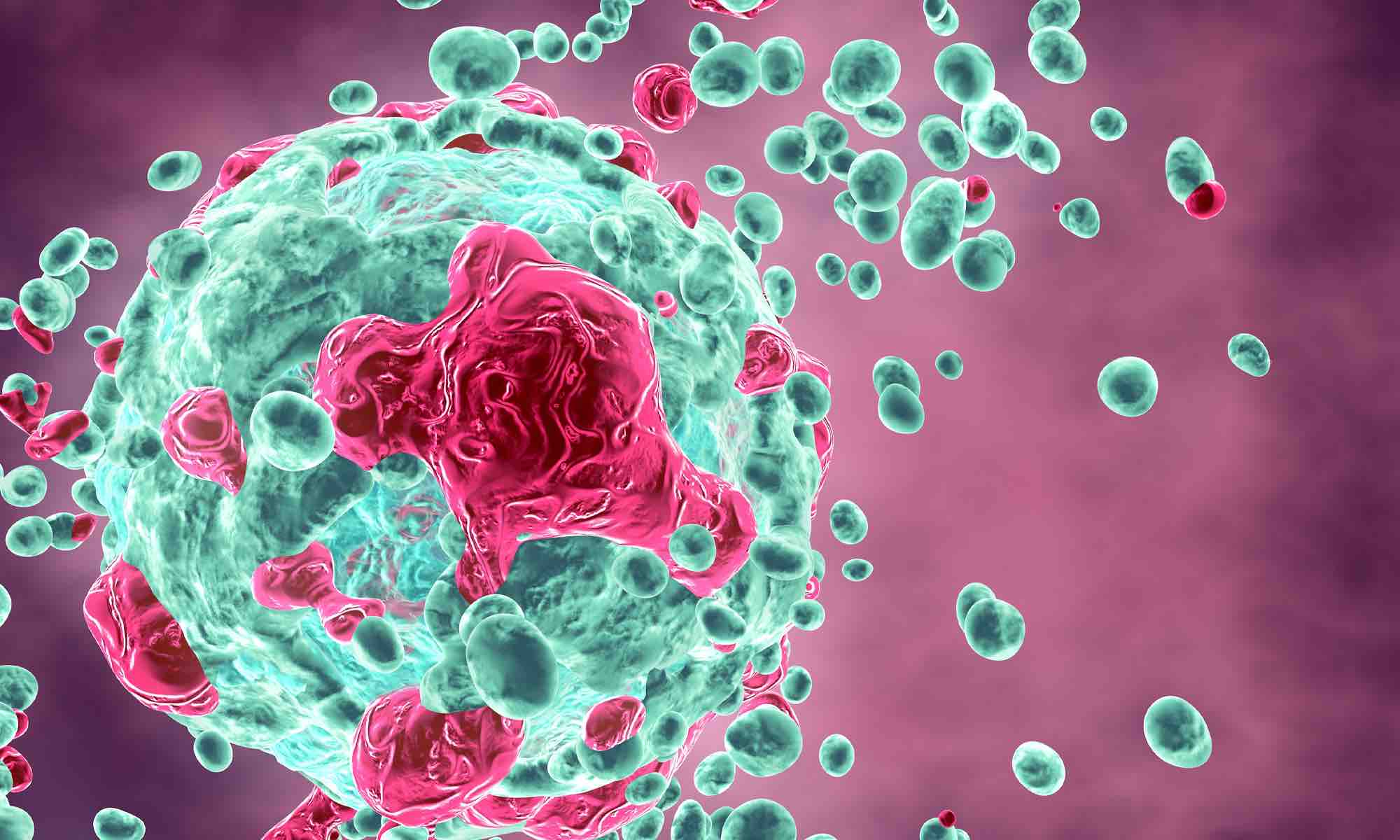 An illustration shows a malignant tumor.

As a hand surgeon specializing in orthopaedic oncology, Sophia Strike, assistant professor of orthopaedic surgery, has a rare combination of expertise to treat complex conditions. Approximately 25% of Strike’s practice consists of evaluating masses in the hand and determining whether they are benign or malignant. One of the major benefits for patients with upper extremity tumors treated at Johns Hopkins is that they can have access to two surgical specialties in just one surgeon. Strike says, “It’s critical for patients with malignancies to be seen quickly and efficiently. Here, they can be seen by a team of orthopaedic, medical and surgical oncologists within days of referral.”

In 2019, Strike treated a patient in whom a sarcoma was unexpectedly discovered in the ulnar nerve during a surgery at another institution. “The patient was referred to Johns Hopkins for multidisciplinary treatment,” explains Strike. “Overall, four specialties were involved.” Surgeons from the Division of Surgical Oncology first performed a lymph node dissection to assist with staging the cancer. Afterward, Strike performed a minor resection. “Because the initial surgery found an unexpected tumor,” she explains, “we reexcised another area that may have been contaminated.”

Approximately 25% of Sophia Strike’s practice consists of evaluating masses in the hand and determining whether they are benign or malignant. Click to Tweet 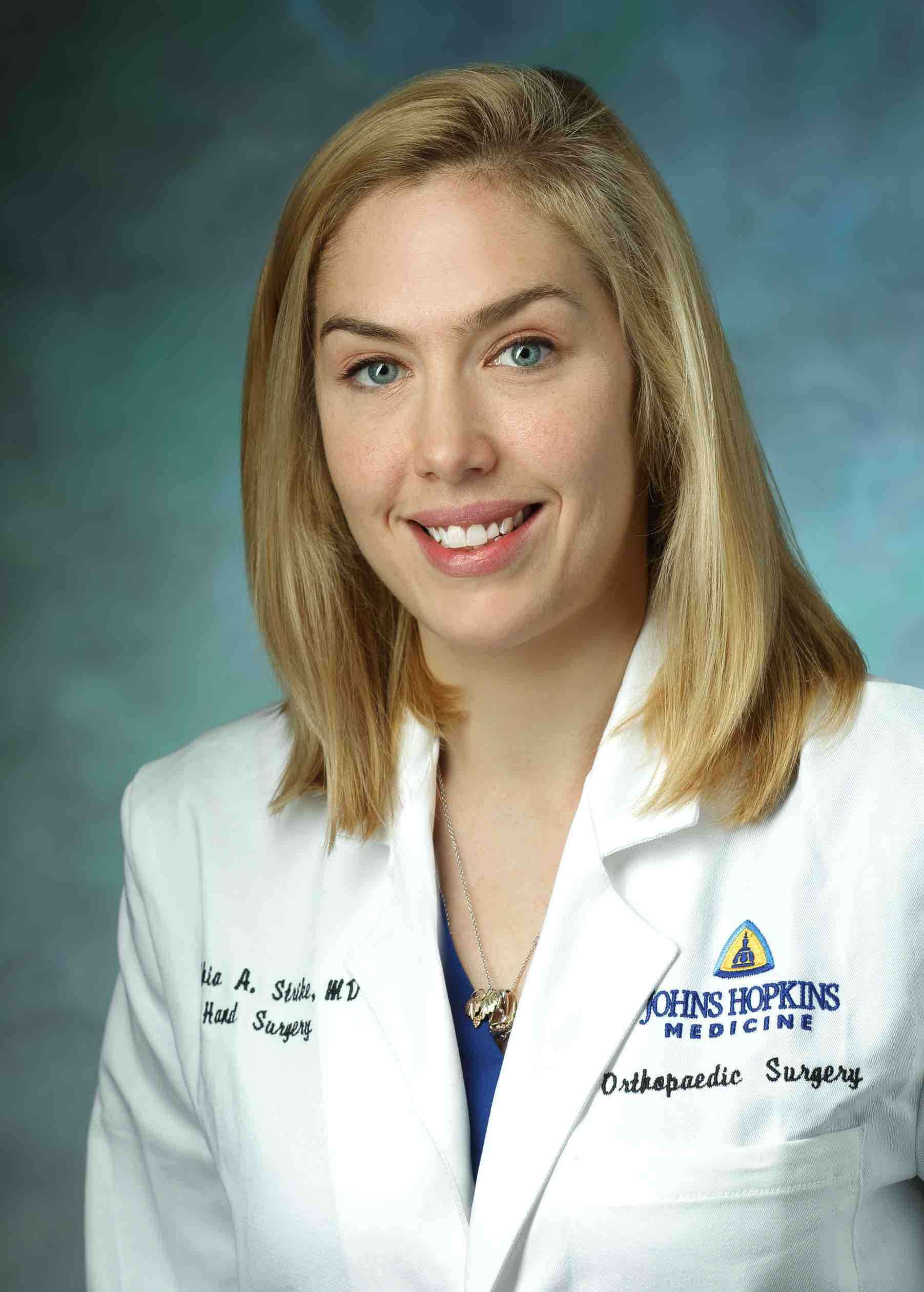 “It’s critical for patients with malignancies to be seen quickly and efficiently. Here, they can be seen by a team of orthopaedic, medical and surgical oncologists within days of referral.” – Sophia Strike

After the patient underwent radiation therapy, Strike, along with colleagues in the Department of Plastic and Reconstructive Surgery, performed the major resection, which involved removing the ulnar nerve and several tendons from the hand. Plastic surgeons then reconstructed the area with a free flap from the patient’s leg, including the sural nerve from the leg and a branch of the femoral nerve, and Strike performed the tendon grafts.

Because the sarcoma was found in a major nerve to the hand, part of Strike’s follow-up involves understanding the patient’s potential for functional recovery and monitoring nerve regeneration. Hand function after a major resection “is definitely different,” says Strike. “But after we see how much the patient recovers from the nerve graft, we can perform small tendon, ligament and joint procedures to maximize the residual function of the hand. We can release scar tissue from around the tendons that we reconstructed to enable more movement, and we can release contracted joints, too. We can also try to help correct ‘claw deformity’ of the ring and small fingers.”

Learning a patient’s individual goals for function is critical to the decision-making process when determining which procedures to perform. “As a surgeon,” Strike says, “I need to understand more than just a patient’s medical issue. … It’s important to know the daily activities and hobbies that are central to the patient’s sense of recovery.” Perhaps surprisingly, Strike has observed some positive developments in her communication with patients during the COVID-19 pandemic. “The more mainstream use of telemedicine has sent us decades ahead. While it’s tough to make a final decision about surgery from a virtual visit, you do have more time to get a detailed history. The entire appointment is about hearing from the patient. Then, when you see them in person, you have already had the time to just sit and talk. That goes a long way when it comes to patients’ long-term care.”