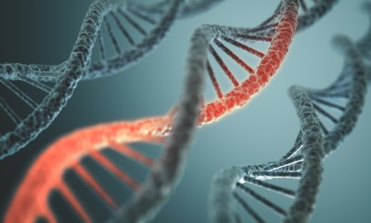 Having one or more mutated DNA damage repair (DDR) genes – “spell-checkers” that normally stop faulty genes from replicating – has been linked to a better response to neoadjuvant (presurgical) chemotherapy in muscle-invasive bladder cancer (MIBC).

But Johns Hopkins investigators have found that it’s not that simple. Under the direction of Trinity Bivalacqua, M.D., Ph.D., Brady resident Russell Becker, M.D., Ph.D., performed a retrospective analysis of the connection between aggressive clinical (based on biopsy) restaging and subsequent pathological (definitive, based on surgically removed tissue) staging in patients at Johns Hopkins who were treated with neoadjuvant chemotherapy. The team also performed next-generation sequencing on pretreatment tumor tissues to examine how well the presence of mutated DDR genes predicted pathological response.

Their findings were sobering: “We found that clinical restaging missed residual MIBC in almost one third of patients,” says Becker, and that response to neoadjuvant chemotherapy was not determined by the presence of DDR mutations. “The results represent a cautionary note for our ongoing clinical trials, and indicate that more accurate methods of detecting residual disease must be developed before neoadjuvant therapies can be used for organ preservation.” These results were published in European Urology.