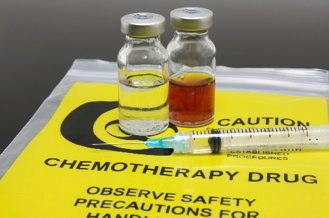 Upper tract urothelial carcinoma (UTUC) can be nasty. “This relatively rare form of cancer – similar to urothelial bladder cancer – develops in the lining of the kidney or ureter,” explains urologist Phillip Pierorazio, M.D. High-grade UTUC can be lethal; in fact, “about half of all patients who have this aggressive form of UTUC die within five years of diagnosis.”

Traditionally, UTUC is treated with radical nephroureterectomy, surgery to remove both the kidney and ureter. Even though the surgical technique has improved, survival for patients who are treated with surgery alone “has not significantly improved over the last three decades.”

But people who have this same kind of tumor in the bladder do better. The key difference may not be in the tumors themselves, but in the way they are treated: Urothelial bladder cancer patients get neoadjuvant chemotherapy before surgery.

Could this make a difference in UTUC? Yes! say Pierorazio and medical oncologist Jean Hoffman-Censits, M.D. Their results are very encouraging: “We have been using neoadjuvant chemotherapy before surgery for UTUC to shrink or downstage the tumor,” Pierorazio reports. “The chemotherapy helps control for microscopic spread and optimizes renal function,” which, in turn, helps the chemotherapy do its job better.

Collaborators within The Brady and Greenberg Bladder Cancer Institute recently reported in the Journal of Urology on 32 patients who received neoadjuvant chemotherapy before surgery compared to more than 200 who received surgery alone. “Patients who received neoadjuvant chemotherapy were more likely to have non-invasive disease at surgery – meaning their invasive disease had been eradicated,” says Pierorazio, the paper’s senior author. Even more exciting: “About 10 percent of patients had no cancer found in the surgical specimen after it was removed. This indicates chemotherapy is really working – shrinking if not destroying entire tumors. The hope is that if the cancer is killed within the kidney, it will translate into better and longer survival for our patients.

Hoffman-Censits recently presented exciting data on the use of neoadjuvant chemotherapy in a Phase 2 clinical trial at the American Urological Association’s Annual Meeting in San Francisco. The prospective clinical trial demonstrated a 14-percent eradication of disease with few serious side effects. These findings, she says, are “incredibly promising for our patients with high-grade UTUC.”